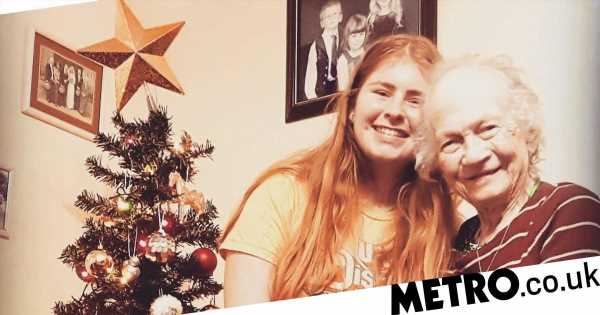 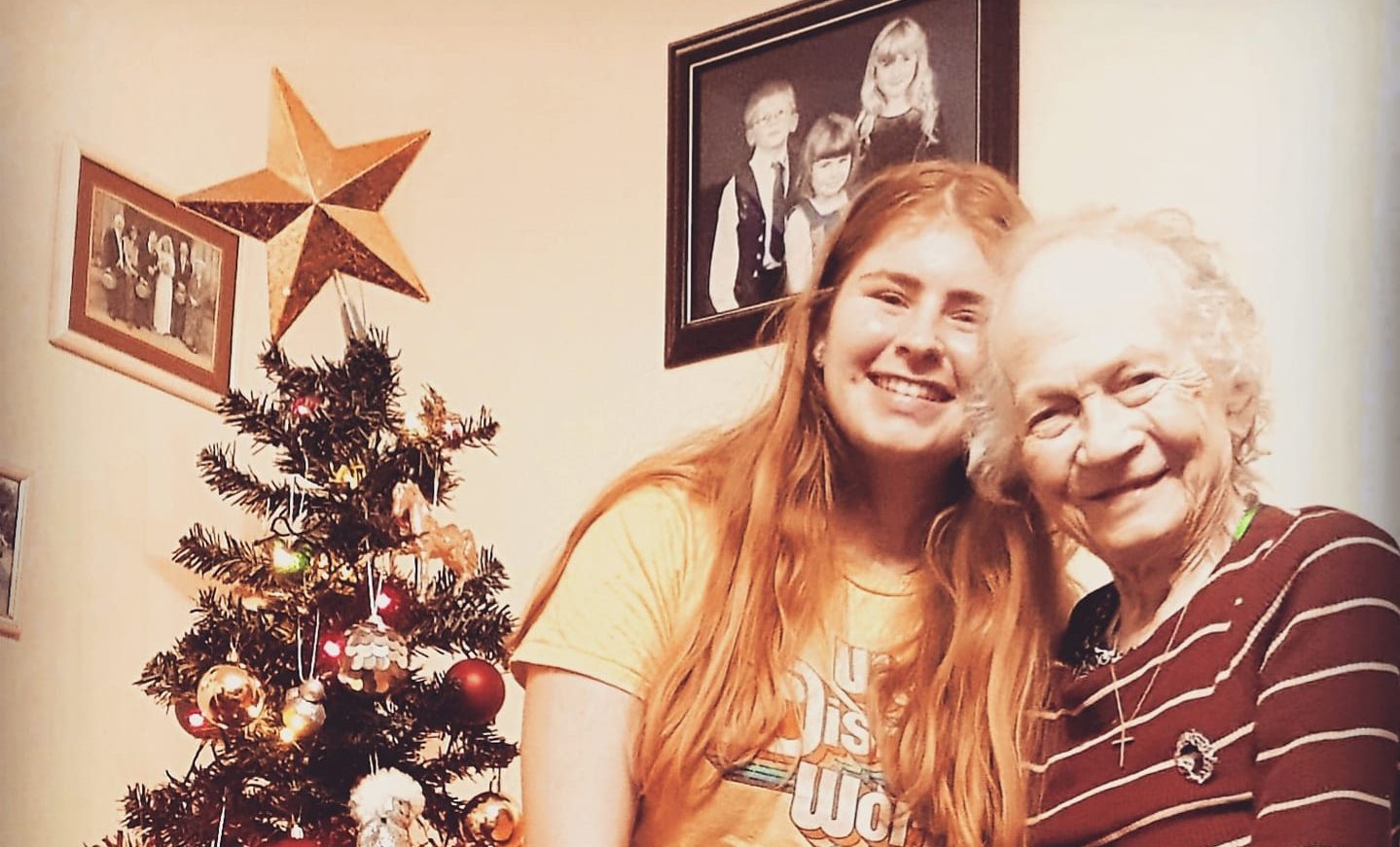 By the time I turned 21, I thought I would be finishing up my film production course at university in Southampton, going out with friends and making short films.

Instead, I live with my 86-year-old grandmother who has Alzheimer’s, creating and posting TikTok videos.

We now have more than 80,000 followers, with our most popular video hitting 1.3million views – and it’s just of us colouring in together.

And it’s all thanks to the pandemic.

My university shut in April so I made plans to return home to my family in Eastbourne, Sussex. This coincided with my grandma, Agnes, returning to her own house from a six-week stay at a care home, where she was recovering from a hip operation.

My grandma was diagnosed with Alzheimer’s disease, a form of dementia, about three years ago, so my family knew she couldn’t be left on her own.

But I didn’t want multiple carers coming into her house given the situation, so instead of moving back in with parents and foster siblings, I moved in with her. And I’m so glad I did.

In addition to providing her day-to-day care, it’s important that I’m there to keep my grandma company. She’s always been a homebody, so Covid-19 restrictions haven’t got her down too much – although she does miss seeing the rest of our family, especially her siblings and children.

Dementia works differently for everyone. While she may be forgetful, my grandma is as cheerful as ever. Everything is new for her, and she still manages to find the fun in any situation.

Although she might forget who I am at times, we laugh a lot together. Spending so much time with her has taught me to find happiness in the small things in life.

To keep ourselves busy, we usually colour in pictures and watch TV together, and once a month a charity called Memory Lane Eastbourne drops off activities for us to do, which are specifically for people living with dementia.

Around Easter time, I was playing Animal Crossing in my room and my grandma came in. She found the game hilarious and started laughing so much – it was a really sweet moment. I recorded her reaction to send to my brother, just to update him on how she was getting on, and then I decided to upload it to TikTok.

I had uploaded a couple of videos onto TikTok before, just of silly jokes, and they only ever got a few views, so I didn’t think this one would get any attention.

But after a few days, it had 50,000 views! I was astonished. I really wasn’t expecting all the attention, but people seemed to love it.

Most of TikTok is people posting their daily lives, so I began posting my own life with my grandma and our following continued to grow.

Nine months later, and our videos are more popular than ever.

The moments I capture may seem quite mundane, like us sitting and watching TV, but being able to have them is really special. My account is almost like a time capsule of our memories, which I can look back on and smile at.

I’m caring for my grandma during #quarantine and she has alzheimers. She came into my room because she heard the #animalcrossing music.

It’s important for me to show that despite living with dementia, my grandma is still very human. She has her own personality, she can experience every emotion, and she can even understand jokes and tell funny stories.

I think there’s a belief that it’s impossible to have a conversation with someone who has dementia, which is absolutely not true.

The Alzheimer’s Society believes there are around 850,000 people living with dementia in the UK, which is projected to increase to 1.6million by 2040. That’s why I’d like for my videos to act as a positive representation of people who live with the condition.

The reaction to the TikToks has been overwhelmingly positive. I see people come back again and again, and sometimes I make videos for my followers because they tell me what it means to them. A lot of people have even called Agnes the grandma of our nation!

I also like showing my grandma the comments viewers leave, such as people telling her she’s beautiful – it makes her smile. Now and again, we even hold livestreams where she likes to read the comments and talk back to people.

If she ever got to a point where she didn’t understand what was going on, that’s when I’d stop out of respect for her.

If she ever got to a point where she didn’t understand what was going on, that’s when I’d stop out of respect for her

It really means a lot to me when people say the TikToks have helped them interact better with their loved ones living with dementia. My favourite comment was from a girl who said she had a job interview coming up to be a carer, after being inspired by our videos to change her career. That was incredibly special to hear.

The feedback I’ve had has also helped me to become a better carer myself. Viewers often comment suggesting activities they think my grandma would enjoy, like activity books for people living with dementia and baby dolls for her to look after. They’ve been really useful for us, and I don’t think we would have as much fun without the support network my TikTok page gives me.

I hope the take away viewers get from my videos is that dementia isn’t something to be scared of. For a lot of people I know, it is their biggest fear in life, but I want them to see how happy my grandma is despite her illness. If the videos are able to comfort just one person, I know we’ve done our job right.

I think that for many people, life revolves around only themselves. But knowing I’m helping someone, especially when it’s my own grandma, has been such a rewarding experience.

I’ve learned so much about her, and she’s so much happier now that I’m here. We’ve always had a special relationship, and I know I’ll cherish the time I’ve been able to spend with her.

Don’t get me wrong, it’s been tough not having the social life I’m used to. But I’ve gained so much more by looking after my grandma, and it’s made me grow a lot as a person. I feel like it was meant to be.

In the future, I’d love to be a film director or film writer, but I’ve decided to take a year out of university to care for my grandma.

I do want to finish my degree sometime soon, but I have a long time left on this planet, so I want to spend as much time as possible with my grandma to make sure she’s safe and happy.

As told to Jordan Page

MORE: What I learned from going into lockdown with my grandad who has dementia

MORE: Dementia is a cruel, isolating disease and lockdown has only made it lonelier

MORE: When my mum’s dementia worsened, I knew I had no choice but to move back home to care for her