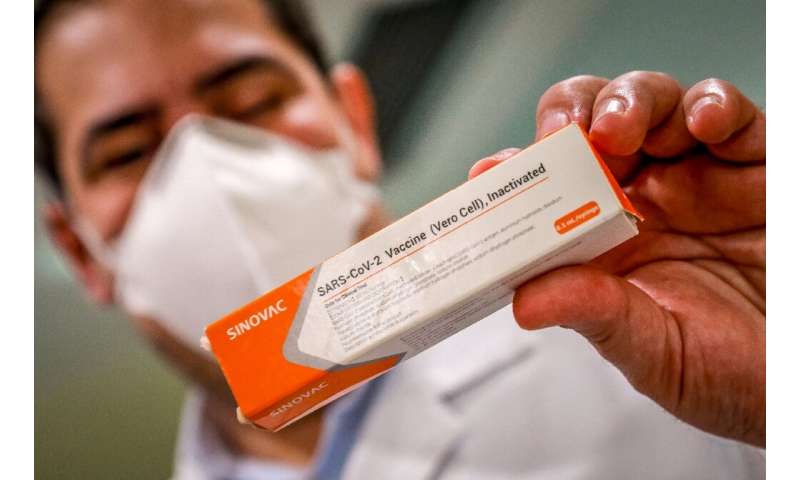 Indonesia on Tuesday launched human trials of a Chinese-made coronavirus vaccine with some 1,600 volunteers slated to take part in the six-month study.

The vaccine candidate, produced by Sinovac Biotech, is among just a few in the world to enter Phase 3 clinical trials, or large-scale testing on humans—the last step before regulatory approval.

The treatment, known as CoronaVac, is already being tested on 9,000 health workers in Brazil, the second-hardest-hit country in the coronavirus pandemic after the United States.

Indonesia, the world’s fourth most populous country, has been struggling to contain its mounting virus cases, with more than 127,000 confirmed infections and over 5,700 deaths.

But the true scale of the public health crisis is believed to be much bigger, given the Southeast Asian nation’s low testing rates.

The governor of Indonesia’s most populous province, West Java, was among 1,620 volunteers slated to take part in clinical testing, which was set to wrap up in February.

If the vaccine proves safe and effective, Indonesian officials said, there were plans to produce up to 250 million doses for the sprawling archipelago of nearly 270 million, although they gave few details of the tentative roll-out.