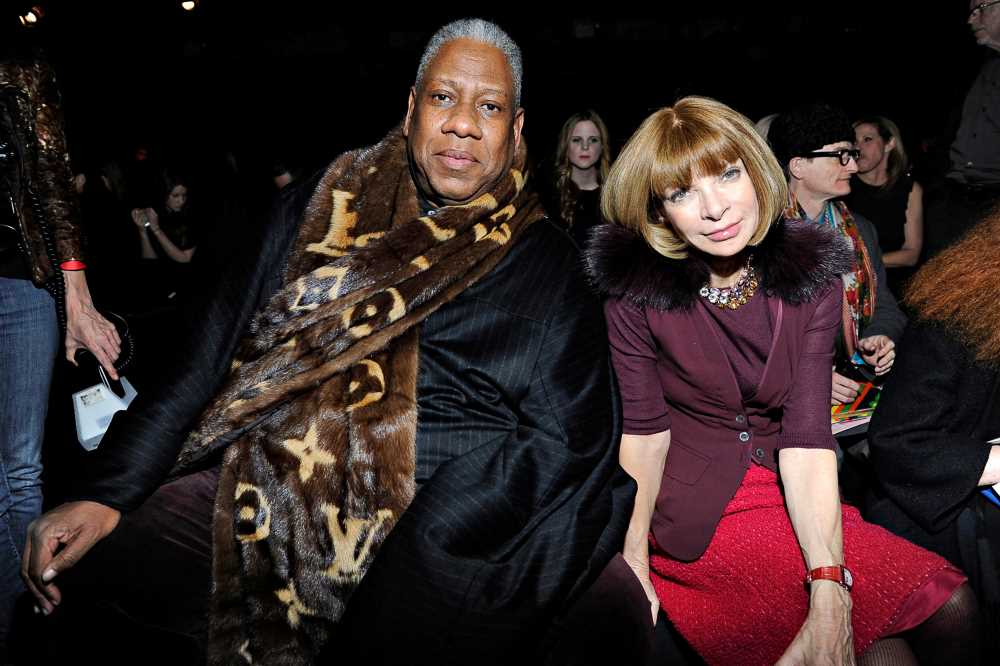 You may have witnessed André Leon Talley explain the cult and culture of Vogue in the fashion documentaries The September Issue or The Gospel According to Andre. But after more than three decades at the glossy magazine, Talley is finally telling his own story, in his own words. He’s written a memoir, The Chiffon Trenches, out May 19. And he’s speaking exclusively to PEOPLE. The 71-year-old is using, as he puts it, “a voice as big as my body.”

Indeed, Talley’s weight has long been a battle. “Food was always a part of my life,” he says, and a source of comfort. Beginning as a child secretly suffering from sexual abuse, he was soothed by both the pages of Vogue on his bedroom walls and his grandmother’s biscuits cooking in the kitchen. “A pan for myself, 12.”

Talley has bravely waged his war with his weight publicly; in the pages of Vogue, on Oprah, and from the front rows of fashion shows. For many years, Talley has hidden his 6-foot-6 frame under long, regal caftans from Tom Ford and Ralph Rucci.

Talley was hired at Vogue in 1983 by then editor Grace Mirabella. At the time, Anna Wintour was in the number-two spot at the magazine. Eventually Wintour rose to editor in chief in 1988 and she took him with her. Wintour made her mark at the magazine and, subsequently, became the most powerful person in fashion and Talley was by her side.

When Talley entered his mid 40s, he began to gain weight. “I began to realize I had a problem. I had never exercised.” He was feeling particularly un-Vogue-like one day (dressed in a jumpsuit, as he recalls) and Wintour took notice. She called him at his desk and told him, “You need to start working out.” He lost weight and could once again “wear my beautiful suits.” He gained weight again. In 2004, there was an intervention. He was called to the Vogue conference dining room. While it took him a year to agree, he eventually went to Duke University Diet and Fitness Center for a several-week stint. “I emailed Anna every day about my weight loss.” He left Vogue in 2013 and contributed for a few more years.

“I had not been successful at dieting,” he remembers. “But I did it. I lost 55 lbs. But I did not follow the rules.” He would return two more times — “It’s the same with alcohol, I’d often say ‘I’ve fallen off the wagon,’ when I’d go back to Duke — and have an unsuccessful Lap Band surgery. His battle continues today. “I cannot control this addiction,” he says. “I am obese.”

“I am just a sinner when it comes to food,” he says. “Yes, it’s an addiction. Overeating is an addiction: When you don’t realize that the calories that go in have to go out.” Talley struggles every day. “I am a victim of my food. It is a behavioral problem. I’ve always associated food with love.”

For more of André Leon Talley's story, pick up a copy of PEOPLE, on newsstands now.