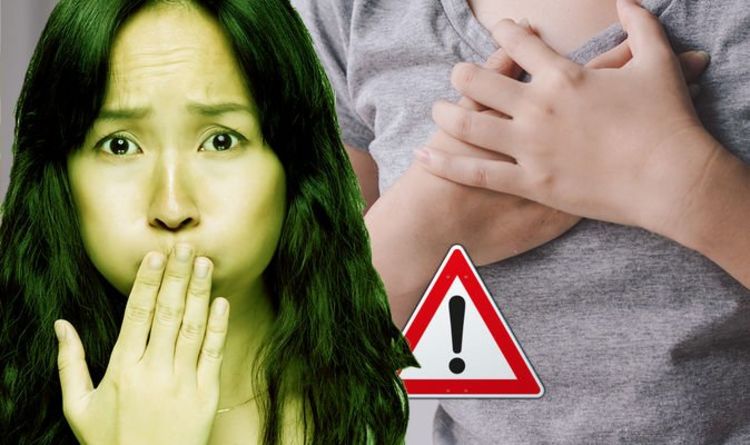 Heart attacks are serious medical emergencies that require immediate attention from a doctor. You could be at risk of a deadly heart attack – or myocardial infarction – if you develop a feeling of nausea for no obvious reason, it’s been claimed.

Heart attacks are caused by a lack of blood reaching the heart.

Without enough blood, the heart could become seriously damaged – and it may even be life-threatening.

A heart attack could also be a symptom of coronary heart disease, which is where fatty deposits build up in the arteries, which limits the amount of blood reaching the heart.

One of the key warning signs of a silent heart attack is unexplained nausea. 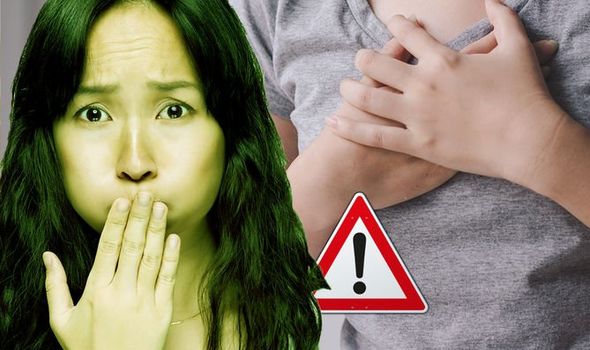 Feeling nauseated is usually completely normal, and isn’t caused by anything serious.

But, it could also be a sign of a deadly silent heart attack, according to Harvard Medical School.

A silent heart attack lacks the intensity of a classic heart attack, and they account for almost half of all myocardial infarctions across the world.

If you develop unexplained nausea, you should consider that you’re having a silent heart attack.

“You can have a heart attack and not even know it,” said the medical school.

“A silent heart attack, known as a silent myocardial infarction [SMI], accounts for 45 percent of heart attacks and strikes men more than women.

“SMI symptoms are often mild and brief. Seek immediate medical attention if you experience one or more of the [warning signs].

“Breaking out in a cold sweat, or feeling nauseated or lightheaded.” 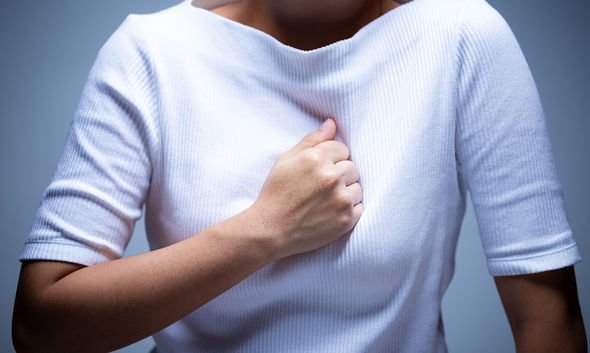 But, just because you feel sick, it doesn’t necessarily mean that you’re having a heart attack.

Nausea is very common, and usually goes away by itself, said the NHS.

If you do feel nauseous, you should make sure to get plenty of fresh air, and take small sips of cold water.

Speak to a doctor if you’re not feeling any better within a few days.

The most common heart attack symptoms include severe chest pain, having a radiating pain in your arm, and suddenly feeling very dizzy.

But you can lower your risk of a heart attack by making some small diet or lifestyle changes.

Eating a healthy, balanced diet will lower your chances of fatty deposits in your arteries.

If you think you, or someone you know, may be having a heart attack, it’s crucial that you dial 999 straight away.