Getting a flu vaccine lowers your risk of a STROKE years later, study shows

Getting a flu shot might be more important than ever — a study indicates it also lowers the risk of a stroke years later.

Researchers say health officials should push harder for everyone to get routine influenza vaccines rather than just the most vulnerable.

The study analyzed the health records of more than 4million adults in Alberta, Canada, over a 10-year period.

Results showed people who had a flu shot either once a year or every flu season over the 10-year span reduced the risk of stroke by more than a fifth on average.

The protective effect was even more sharp in men and younger people.

Researchers did not investigate specifically why getting a flu vaccine considerably lowered the risk, but the reigning hypothesis is a simple one.

The vaccine lowers the risk of catching and falling ill with influenza, which is a known risk factor for stroke. 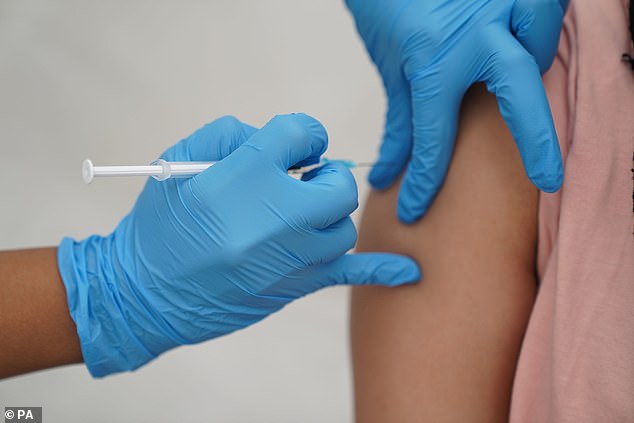 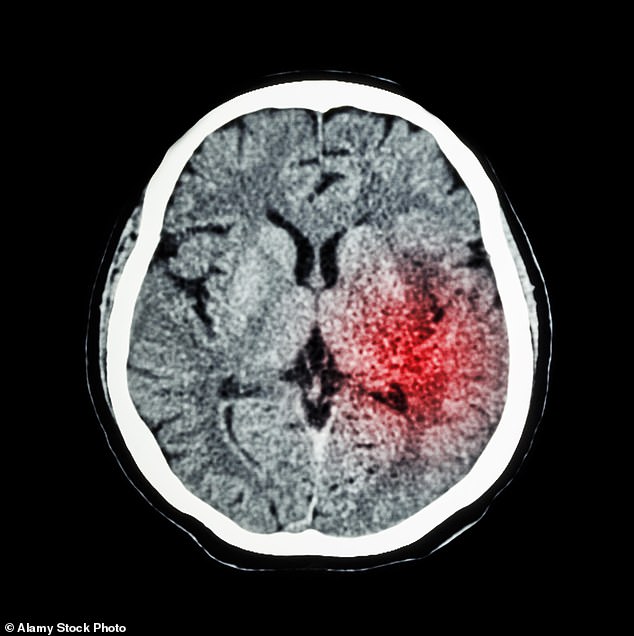 There are two major kinds of stroke:

An ischemic stroke – which accounts for 80 per cent of strokes – occurs when there is a blockage in a blood vessel that prevents blood from reaching part of the brain.

The more rare, a hemorrhagic stroke, occurs when a blood vessel bursts, flooding part of the brain with too much blood while depriving other areas of adequate blood supply.

It can be the result of an AVM, or arteriovenous malformation (an abnormal cluster of blood vessels), in the brain.

Thirty percent of subarachnoid hemorrhage sufferers die before reaching the hospital. A further 25 per cent die within 24 hours. And 40 per cent of survivors die within a week.

Age, high blood pressure, smoking, obesity, sedentary lifestyle, diabetes, atrial fibrillation, family history, and history of a previous stroke or TIA (a mini stroke) are all risk factors for having a stroke.

SYMPTOMS OF A STROKE

Of the roughly three out of four people who survive a stroke, many will have life-long disabilities.

Both are potentially fatal, and patients require surgery or a drug called tPA (tissue plasminogen activator) within three hours to save them.

Lead study author Dr Michael Hill, at the University of Calgary, said: ‘We wanted to find out whether the vaccine has the same protective qualities for those at risk of stroke.

‘Our findings show the risk of stroke is lower among people who have recently received a flu shot. This was true for all adults, not just those at high risk of having a stroke.’

It is the largest study of influenza vaccination and stroke risk to date, the scientists say.

The overall risk reduction was about 23 per cent across individuals of all adult ages, both men and women.

But the reduction was higher in men than in women – 28 per cent versus 17 per cent – and strongest in young people.

The researchers believe the lower relative risk reduction in seniors might be related to the decreased biological response to vaccination in older age.

The immune response to vaccination is reduced in the elderly compared with young, healthy adults.

Older people also have an increased risk of stroke.

Previous research suggests that catching and becoming sick with the flu can raise the risk of strokes and other heart problems.

They think the immune response to flu thickens the blood and inflames arteries, leaving people more prone to clots.

‘There’s a longstanding history between infections and stroke — upper respiratory tract infections are associated with stroke — so it was sort of natural to start to look at this,’ Dr Hill said.

‘There’s a relationship between influenza and myocardial infarction – heart attacks – and so drawing the links in with stroke was a natural next step.’

The study was published earlier this week in the Lancet Public Health.

Strokes occur when blood flow to the brain is interrupted or cut off.

Stroke is a leading cause of disability in the United States. Stroke victims often suffer paralysis, loss of mobility, and impaired speech.

While a stroke is treatable, time is of the essence.

The sooner a stroke victim seeks medical attention, the more effective medications can be at restoring blood flow to the brain and reversing damage.