This article originally appeared in the December 2020 issue of Men’s Health.

J.C. WATTS, former U.S. House representative from Oklahoma, has spent years post-politics trying to launch a news network for and by Black Americans.

This year, Black News Channel went live on February 10. Here’s what he had to say about the powerful, planet-changing, perspective-shifting year.

As a man of faith, I’m still trying to socialize how so many people of faith can be critical of the protests and be silent on why the protests.

The silver lining in a very dark cloud is that you can no longer ignore what’s happening. 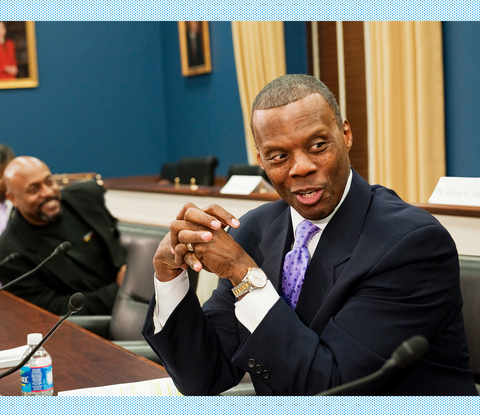 I’ve had white friends say to me, well, you know, because I’m not Black I can’t fully appreciate that, or I don’t understand. Well I don’t need be white to understand if you’re being mistreating, from being right or wrong. You don’t have to be Black to understand right from wrong. Wrong is wrong.

As a rookie Congressman, I was determined to have lunch with John Lewis. And I eventually did. The one question I wanted to ask John was “How could you be non-violent? You’ve been spit on, kicked on, cursed at—how could you resist?” He told me that Reverend King, before every march and every sit-in, they’d have a briefing before they went out. King said that if you can’t be non-violent, if you feel you must fight back, don’t go out because you’ll compromise the movement.

I’ve got a little place that’s two hours from my hometown, where I can spread my wings and get away.

I have a few cows out there. With cows you don’t have to worry about personality or ego. Just give them some protein, some salt in the summertime, and water and they’ll be okay.