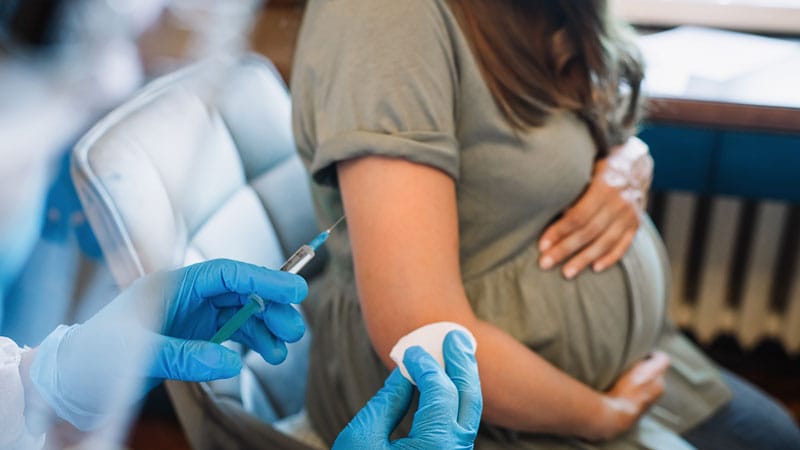 The US Food and Drug Administration (FDA) has approved a whooping cough vaccine that protects newborns under 2 months of age.

The federal agency on Friday approved Boostrix for use during the last 3 months of pregnancy to prevent pertussis in infants under 2 months old. The vaccine, manufactured by GlaxoSmithKline, was previously approved among pregnant people for their own protection.

“Infants younger than 2 months of age are too young to be protected by the childhood pertussis vaccine series,” said Peter Marks, MD, PhD, director of the FDA’s Center for Biologics Evaluation and Research, in a press release. “This is the first vaccine approved specifically for use during pregnancy to prevent a disease in young infants whose mothers are vaccinated during pregnancy.

Pertussis is a highly contagious respiratory tract infection caused by the bacterium Bordetella pertussis. Most cases that result in hospitalizations and death are among infants within 2 months of birth.

The FDA said its decision was based on data from observational studies, which included 108 cases of pertussis in infants younger than 2 months old. According to data evaluated by the agency, the vaccine was 78% effective in preventing whooping cough.

Boostrix is administered as a single 0.5-mL dose.