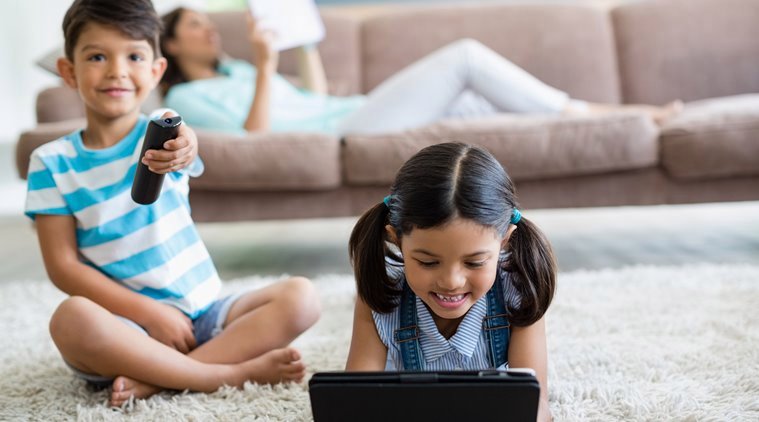 These screen habits were recorded when the children were aged two and again at age three. 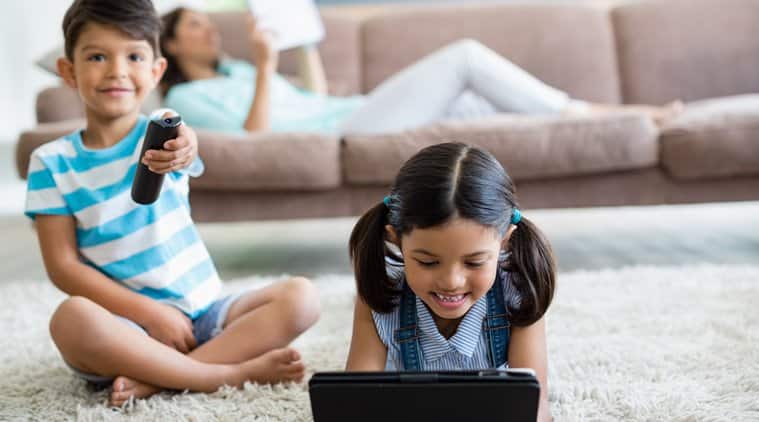 Children who spend more than three hours daily on smartphones and television screens grow up to be less physically active as they enter school age, according to a study.

The study, published in The Lancet Child and Adolescent Health journal, involved more than 500 children in Singapore.

It suggests that adhering to the World Health Organization (WHO) guidelines to limit screen time to one hour per day, or less among children aged two to five years may promote healthier behaviours in later life.

Screen viewing is increasingly prevalent but excessive screen time in childhood has been linked to a range of health problems, including increased risk of obesity, and reduced cognitive development.

One way that screen viewing may influence health is by replacing time that would otherwise be spent doing something else, such as physical activity and sleep, the researchers noted.

“We sought to determine whether screen viewing habits at age two to three affected how children spent their time at age five,” said Falk Muller-Riemenschneider, an associate professor at the National University of Singapore.

“In particular, we were interested in whether screen viewing affected sleep patterns and activity levels later in childhood,” Muller-Riemenschneider said.

Parents were asked to report how much time the children spent on average either watching or playing video games on TV, using a computer, or a hand-held device, such as mobile phone or tablet.

These screen habits were recorded when the children were aged two and again at age three. An average of the two recordings were used in the analysis.

Children in the study spent an average of 2.5 hours a day watching screens at age two to three.

Television was the most commonly used device, and was associated with the longest viewing time, the researchers said.

Only a small proportion of children in the study met WHO recommendations of one hour per day or less, they said.

Similar effects were observed regardless of screen type. However, higher screen time in early childhood did not appear to affect sleeping habits at age five.

The researchers note some limitations, including that parents may be biased in their reporting of their child’s screen use.

Also, the study did not control for other health behaviours — diet, sleep, physical activity — or environmental factors, they said.

The researchers noted the findings were still similar when they conducted an additional analysis to see how much of an impact health behaviours had.

They advised caution when generalising from their results as the families involved in the study were not representative of the entire Singapore population.

However, they argue that the negative impact of early-life screen time on movement behaviours in later childhood highlights the importance of strategies to limit screen use during the early years.