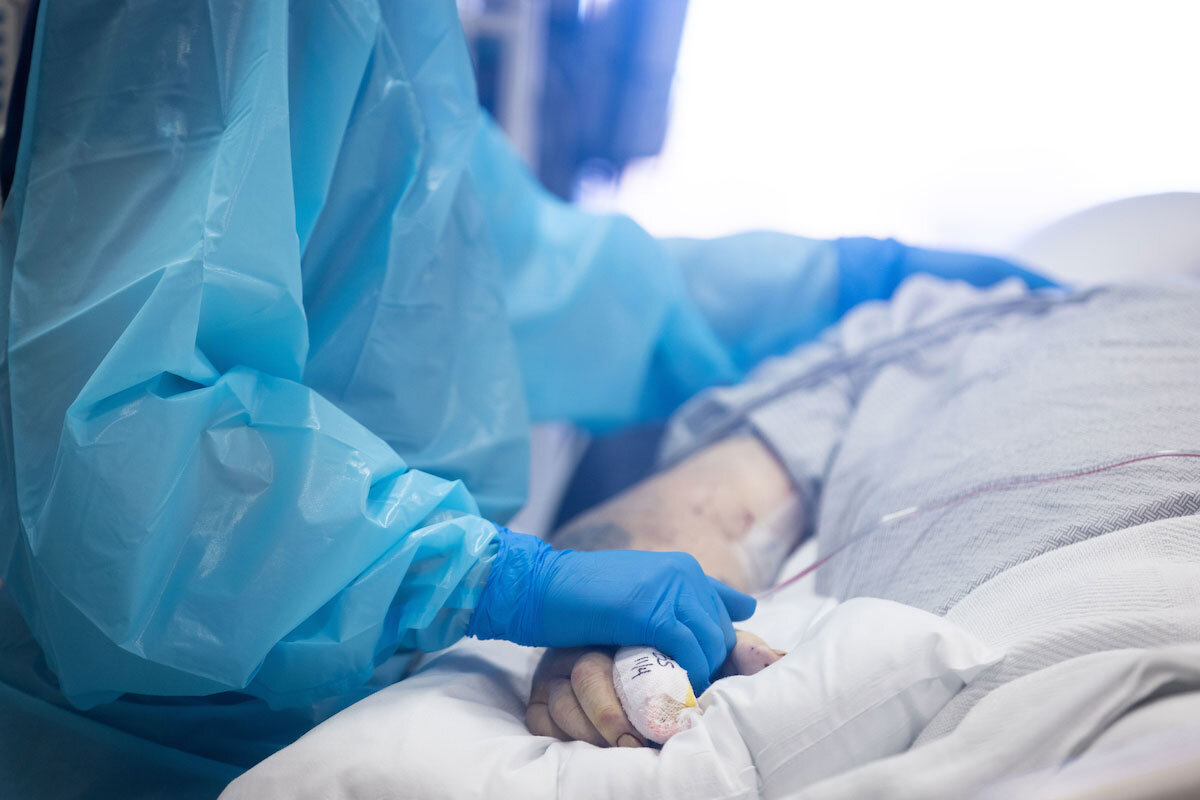 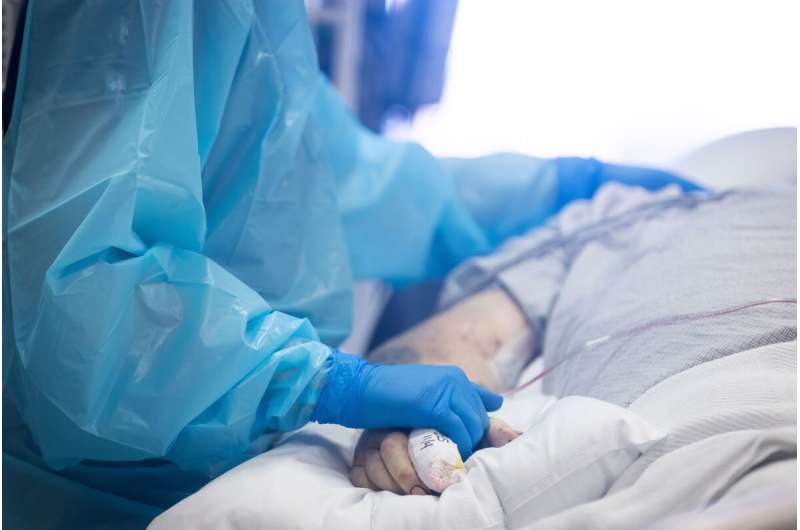 In March 2020, not long after the first cases of COVID-19 were reported locally, health officials in the city of St. Louis and St. Louis County issued emergency public health orders intended to reduce interactions between people and slow the transmission of the novel respiratory virus. Such action likely saved thousands of lives in the region, according to new research led by Washington University School of Medicine in St. Louis.

An analysis indicates that a delay of even two weeks in issuing local public health orders could have increased the number of deaths almost sevenfold in the city and county.

The researchers analyzed an epidemiological model to examine what was likely to have happened if the epidemic trajectory in St. Louis early in March had continued without the enactment of behavior-focused public health policies for another one, two and four weeks.

The research, published Sept. 1 in JAMA Network Open, demonstrates the importance of early and coordinated implementation of local public health policies in reducing deaths from the pandemic, particularly during a critical window at the onset of a new epidemic.

“We heard a lot about the dire situations in cities such as New York and Boston in the early part of the pandemic, where thousands of people died and hospitals were completely overwhelmed, but whether a similar situation would have happened in St. Louis is not obvious,” said lead author Elvin H. Geng, MD, a professor of medicine. “Some may argue that because the same thing didn’t happen here, it could never have happened here and that, therefore, early social-distancing policies were an overreaction. But our data suggest that a large number of deaths due to the pandemic was indeed possible in St. Louis, and therefore, the early implementation of public health orders helped prevent the number of deaths that cities such as New York and other places experienced.”

The first known case of COVID-19 in St. Louis County was reported March 7, 2020. By March 13, the city and county had banned large gatherings. Four days later, they closed bars and restaurants, and the next day, March 18, they ordered all public schools to close their doors. On March 23, the city and county issued shelter-in-place orders. With these public health measures, area hospitals experienced a total of 2,246 COVID-19 hospitalizations and 482 deaths attributed to COVID-19 by June 15, 2020. 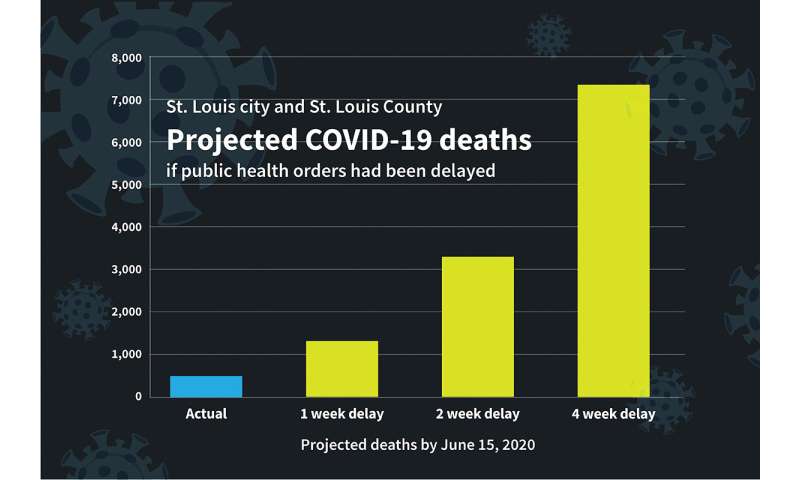 Had the orders been delayed two weeks, the researchers’ modeling indicates that the city and county likely would have seen 3,292 deaths by June 15—a nearly sevenfold increase over what was actually recorded in the first three months of the pandemic. In the two-week delay scenario, the model predicts an increase in cumulative total hospitalizations by June 15 from the actual number of 2,246 to an estimated 19,600—a nearly ninefold increase.

“Because the virus spreads exponentially, the difference between a hospital at 25% capacity and over capacity is actually just a hair’s breadth—a matter of one or two doubling intervals, which in an unmitigated epidemic with COVID-19 is probably a little longer than a week,” Geng said. “In addition, it takes time for changes in behavior to translate into reductions in hospitalizations. As a rule of thumb, we estimate the St. Louis region has about 2,000 available hospital beds total. If the hospitals reach half capacity and only then are stay-at-home policies implemented, it’s going to be too late.”

The researchers also estimated how these delays might have played out if the general public had voluntarily changed its behavior. In the absence of public health orders, even if the public had changed its behavior enough to cut viral transmission by half—an optimistic scenario—a two-week delay still would have resulted in an estimated 8,090 hospitalizations and about 1,400 deaths.

As cases rose in other regions of the country, data from cell phones in the St. Louis area showed the public made no changes in mobility before the city and county orders.

“At the moment when a pandemic is arriving, spontaneous collective behavior change—without any public health actions—that is drastic enough to significantly slow the epidemic is probably not realistic,” Geng said. “If behavior changes after the hospitals fill up and the impact of the pandemic is obvious, it’s already too late to avoid a high number of deaths. A pandemic is like a big ship; it takes time to change course. But as the virus ramped up, early social distancing policies in St. Louis mitigated it just before it really exploded.” 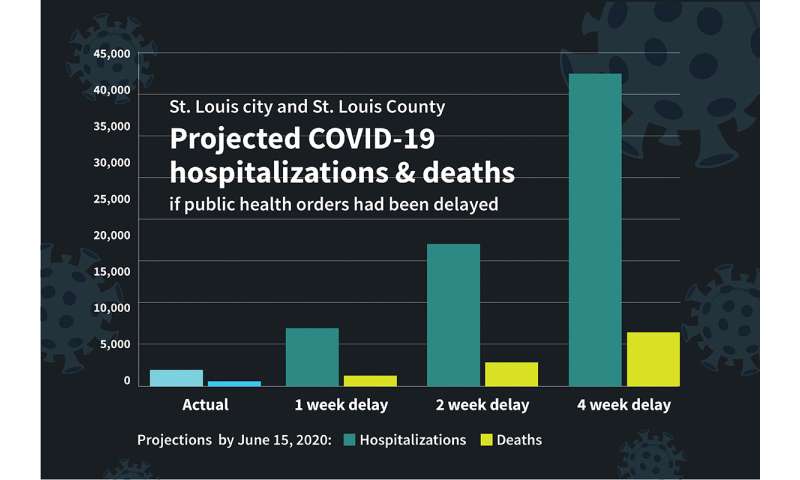 The researchers estimated that before March 15, each person in the city or county with COVID-19 infected almost four other people, on average. For a pandemic to be curbed, each person must infect fewer than one other person, on average. For St. Louis and St. Louis County, the model estimated that the average number of people each person with COVID-19 infected dropped from almost four to 0.93 after the stay-at-home policies went into effect.

“These data do not speak to the overall societal costs, which were formidable and painful,” Geng added. “The best long-term strategies to mitigate a respiratory epidemic in the absence of a vaccine is a difficult question. Social distancing is only part of the solution. But if such strategies are to be used, implementing them early, during the initial arrival of the virus, might be the best time to deploy such actions.”

Geng performed this analysis with colleagues at Washington University, BJC HealthCare, Saint Louis University, Mercy Health and elsewhere, including senior author Maya Peterson, MD, Ph.D., of the University of California at Berkeley, and lead programmer and co-author Joshua Schwab, of the University of California at San Francisco. The program—called Local Epidemic Modeling for Management & Action—is publicly available and open source, and the researchers hope that other public health officials across the country will be able to use it to inform pandemic responses in their communities. The most recent version of the program also can incorporate the dynamics of local vaccination rates.

Geng said that models are not crystal balls, but they do project forward what could happen under a set of behavioral and structural conditions.

“While we can never be sure about what would have happened, it’s also not true that we know nothing about the behavior of epidemics,” Geng said. “The model uses real data about the epidemic early on—what actually happened on the ground in St. Louis—to project epidemic course over time under a ‘what if’ scenario. These COVID-19 projections suggest that the city and county dodged a bullet with early social distancing measures.”