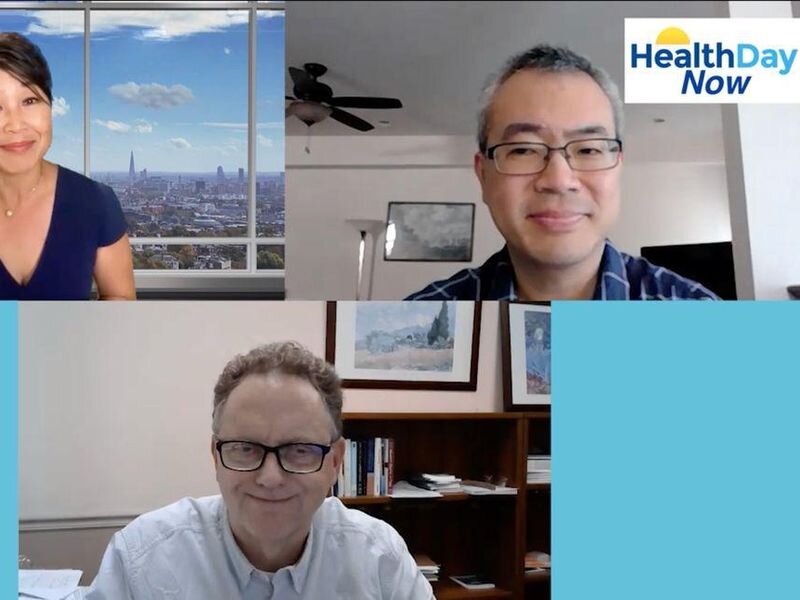 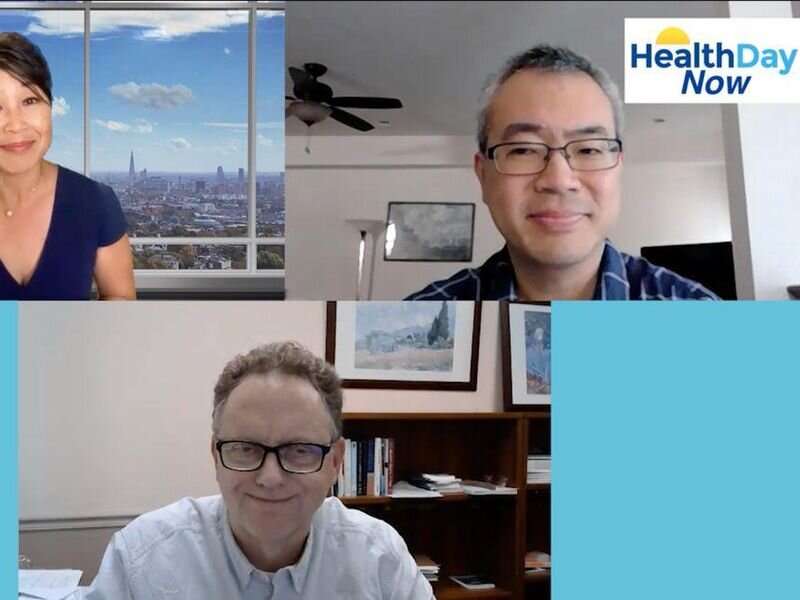 (HealthDay)—The controversial new Alzheimer’s drug Aduhelm is creating something of a civil war in medicine, as health networks, hospitals, insurers and individual doctors weigh impending discussions with patients about whether they should take the medication.

Many doctors believe the U.S. Food and Drug Administration “moved the goalposts” to approve Aduhelm (aducanumab) in early June, and they aren’t inclined to recommend its use, said Dr. Ken Lin, a family physician with MedStar Georgetown University Hospital in Washington, D.C.

“I think a lot of primary care physicians are going to be reluctant to prescribe or to refer patients to have this prescribed, because I don’t think we believe the quality of the data is there yet,” Lin said in a HealthDay Now interview.

But one doctor involved in Aduhelm’s clinical trials believes the FDA’s move was necessary to pump new energy into Alzheimer’s research, which had been stagnating with the repeated failure of countless potential treatments.

“I feel fairly confident that this has reinvigorated interest in Alzheimer’s disease. It has brought companies back to exploring options in the field that they had kind of started to abandon because they say there is no path forward,” Dr. Anton Porsteinsson, director of the Alzheimer’s Disease Care Research and Education Program at the University of Rochester Medical Center in New York, said during the same HealthDay Now interview.

“This isn’t a drug for everyone, but we’ve got to start somewhere, and we’ve got to move the field forward,” said Porsteinsson, who is a paid consultant for Aduhelm’s maker, Biogen.

However, the Cleveland Clinic, as well as Mount Sinai in New York City, each announced this month that they will not administer Aduhelm to patients. Other major medical centers and insurance companies are reviewing the drug’s use with a wary eye, experts said.

The medicine’s disputed effectiveness is the main bone of contention, but its steep price also plays a role in the debate. Biogen has set the list price for Aduhelm at $56,000 a year.

It could cost the federal government $29 billion a year if just one-quarter of patients now receiving Medicare-covered treatments for Alzheimer’s are prescribed the drug, according to a recent Kaiser Family Foundation analysis.

To put that number in context, NASA’s budget this year is $23 billion and includes plans to return to the moon and eventually set foot on Mars. Total Medicare spending on all Part B prescriptions in 2019 was $37 billion.

The FDA approved the drug even after an expert advisory panel voted nearly unanimously against it. Ten members voted against and one was uncertain; there were no votes for approval.

The panel’s decision and the FDA’s approval were both based on data from two nearly identical clinical trials of Aduhelm that were shut down early in 2019 because independent monitors concluded the drug wasn’t helping patients.

Both trials showed that the drug did effectively remove beta amyloid from patients’ blood. Amyloid is a protein that clumps together in the brain, and amyloid plaques are considered one of the hallmarks of Alzheimer’s disease. Still, the jury is still out on whether clearance of these plaques can actually affect the illness.

The two trials split when it came to any benefit to patients in terms of reduced symptoms.

Clearing amyloid from the bloodstream didn’t make any difference in patients’ brain function in one trial. In the other, a slight slowing of cognitive decline occurred in patients receiving the highest dose of Aduhelm.

Lin noted that the FDA approved the drug based on its ability to clear amyloid, but the clinical trials were aimed at demonstrating whether Aduhelm would actually slow or stop the progression of Alzheimer’s—hence, his opinion that the agency moved the goalposts.

“You have these studies that were originally designed to focus on clinical outcomes, cognitive preservation or deterioration. When those were inconclusive, they reached for this other outcome,” said Lin, who also serves as a deputy editor for the American Academy of Family Physicians’ medical journals.

Many other previous experimental Alzheimer’s drugs have shown to clear amyloid as well, but their approval floundered because they couldn’t prove clinical benefit, Lin noted. The theory that reducing amyloid will slow Alzheimer’s progression remains unproven.

“I was really surprised when the FDA approved the drug,” Lin said. “I remember seeing a presentation about a year ago from one of the other site investigators talking about this promising drug and going over the data that the FDA looked at, and I remember coming away from that thinking, that’s just too bad this drug doesn’t seem to work and has side effects. And then the next year, it gets approved.”

The FDA continues to defend Aduhelm’s approval, although Acting Commissioner Janet Woodcock has formally requested an inspector general’s independent review of the process.

“The agency did not lower its standards,” the FDA said in written remarks recently provided to The New York Times, “and at no time considered doing so.” The agency added that its decision was “informed by science, medicine, policy and judgment, in accordance with applicable legal and regulatory standards.”

Regardless of the controversy, Aduhelm has been approved and patients are certain to be asking about it in the months to come.

Despite skepticism surrounding the drug from major medical centers and medical societies like the American Neurological Association—which told its members that “based on the clinical evidence, Aduhelm should not have been approved at this time”—Lin and Porsteinsson expect there will be major pressure from patients and their families to give Aduhelm a try.

“I feel that patients are going to look at it and say why not?” Lin said. “Alzheimer’s is a terrible disease. If there’s something that gives people hope, they’re going to grasp for it.”

The drug is not for all patients, however, and doctors will have to be clear in explaining this, Porsteinsson said.

“If I felt the drug was effective, then the cost would be something to think about independently, but I think that just adds insult to injury. On top of not knowing if it works, it’s going to cost an arm and a leg, a cost that patients aren’t going to be able to afford,” Lin said.

Lin compared the situation to the expensive drugs for hepatitis C that came out a few years back, which cost roughly $84,000 for a 12-week course of treatment that actually cured people of the chronic infection.

“The difference with this new drug is there’s not really going to be a cutoff line. You may take this drug for years and years, and at some point it probably will stop working, but it’s the same situation we find ourselves in with other dementia drugs,” Lin said.

“When you try to stop the drug, the family is often reluctant to do that because they feel like that’s giving up. I imagine patients will stay on this drug for years and years,” Lin continued.

If insurers decide not to cover Aduhelm or require high copays, that will leave the families of Alzheimer’s patients with tough financial and medical decisions to make, Lin said.

Families “are going to have to balance that cost with what else could that money do for the patient,” Lin said.

“For $56,000 a year, you could hire caregivers, you could enroll someone in cognitive stimulation or exercise programs,” Lin said. “There are many other things that could help patients with mild cognitive dysfunction or early dementia that are not drug-related that the money might be better spent on, but that’s going to be a difficult judgment to make.”

On the other hand, Porsteinsson is hopeful that this approval will break open the field of Alzheimer’s treatment and research, ultimately providing patients with more treatment options sooner than otherwise could be expected.

He compared it to the controversial decision in 1993 to approve interferon beta 1b as a treatment for multiple sclerosis (MS) under the same accelerated pathway as Aduhelm.

“It caused a lot of controversy at the time,” Porsteinsson said. “Now it’s considered bold and prescient, because 20 years later MS is not the same disease as it was. There are over 25 medications that are on the market. Basically they’ve changed MS as a condition.”

The accelerated approval pathway requires Aduhelm to perform another clinical trial to confirm the drug’s benefit, but Biogen has until 2030 to complete that study.

“I feel Biogen needs to do a confirmatory study,” Porsteinsson said. “There’s no question in my mind about it, and they should do it promptly. I think that’s what is owed to patients, and it’s owed to the field. There is still a controversy.”

More light on the role of amyloid clearing in Alzheimer’s likely will be shed well before then, however.

Several drugs in the same class as Aduhelm are now being tested in clinical trials and will receive FDA review during the next couple of years, Porsteinsson said.