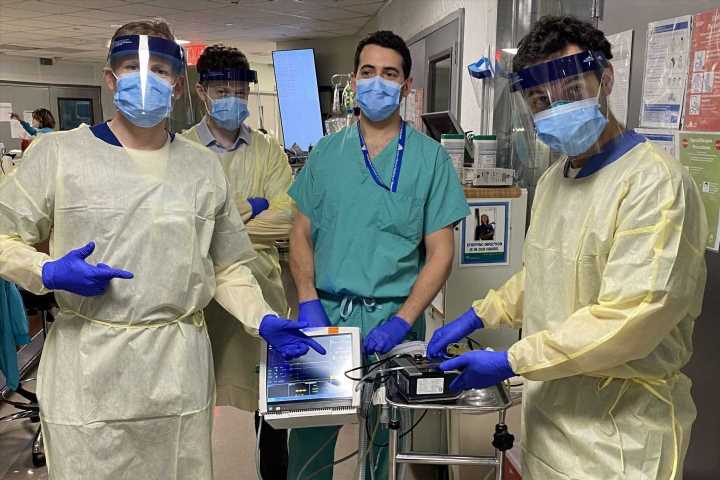 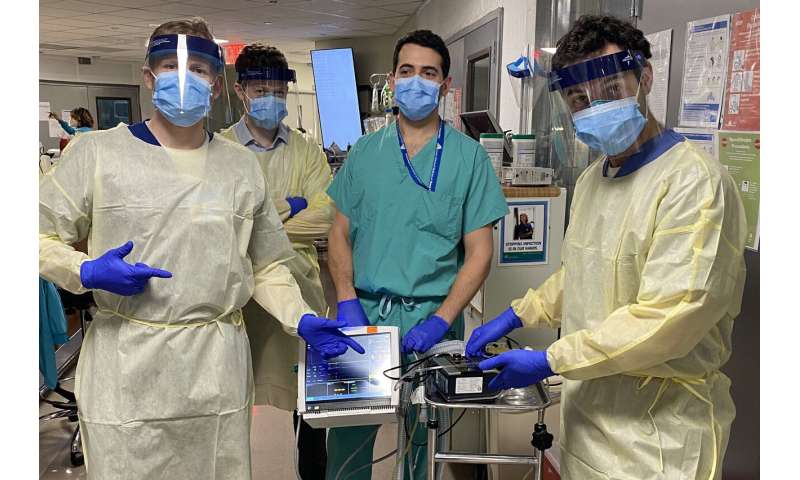 The woman was dying. New York’s Mount Sinai Hospital was about to call her husband and break the news that there was nothing left to try. Then Dr. Hooman Poor took a gamble.

With high-stress, high-stakes decisions, doctors around the world are frantically trying to figure out how COVID-19 is killing their patients so they can attempt new ways to fight back. One growing theory: In the sickest of the sick, little blood clots clog the lungs.

Poor couldn’t prove it. The tests required would further endanger his staff, who were already at risk of getting the virus. But the lung specialist saw clues that were “screaming blood clots.” So Poor pulled out a drug best known for treating strokes, and held his breath.

“I said, ‘What do we actually have to lose?'” Poor told The Associated Press. “That’s when I decided to give not just a blood thinner but a blood clot buster.”

Exactly what’s going on with blood clots in at least some COVID-19 patients is a mystery.

Chinese doctors were first to sound the alarm. In March, Chinese heart specialists advised the American College of Cardiology to watch for clots and said certain blood tests showing a rise in clot risk might signal which patients were in greatest danger. Other reports suggested the clots can show up all over the body. But were they a cause of deterioration or an effect?

Already, many hospitals are attempting preventive doses of blood thinners to keep clots from forming. There’s huge debate over what kind to try, what dose is safe—the drugs can cause dangerous bleeding—and how soon to start.

In New York, Poor was going a step further with a drug named tPA that doesn’t prevent clots—it breaks them up.

It’s an example of how, with no vaccine or approved treatment for the coronavirus, many overwhelmed doctors are following trails of clues to figure out what to try next.

Poor’s 55-year-old patient wasn’t getting enough oxygen even after doctors rolled her onto her stomach for an extreme ventilation technique called “prone positioning.” She was in shock. Other organs were failing fast.

Twenty minutes after the injection of tPA, her oxygen levels rose. Poor was elated. But not for long.

“She gets better, but then she starts to get worse,” he said. “Most likely we’re breaking up the clot, but she is immediately forming the clot again.”

So he next tried something novel, putting the woman on a low-dose drip of tPA for about 24 hours together with a blood thinner, in hopes of chipping away at existing clots while blocking new ones.

To Poor’s dismay, the experimental treatment bought the woman only a few more days of life. A sudden, different complication killed her on Friday.

The rest saw improvement in oxygen levels and shock. As of Friday, three remained on ventilators but were doing better, especially one who had been treated soon after her lungs failed. In a new report, Poor called for urgent study of whether abnormal clotting drives at least some people’s deterioration, even as his own hospital updated treatment advice for its sickest patients.

Others are onto the same lead. Specialists at the University of Colorado and Harvard recently published a similar tPA research call, and cited three additional cases where it was tried as hospitals in Colorado and Massachusetts prepare for a study.

“We’re taking care of extremely ill patients that are dying in front of us, and we can’t get any diagnostic testing,” yet still have to make treatment decisions, said Dr. Steven Pugliese, a lung specialist at the University of Pennsylvania.

Pugliese called Poor’s tPA report “very intriguing” and concluded: “What these doctors did in these very ill patients who were dying was a judgment call, and it was the right thing to do.”

But with the bleeding risk, it has to be studied in carefully chosen patients, Pugliese said, especially with no good way to tell in advance who really has these tiny clots.

Poor first noticed oddities as his ICU filled with patients who just weren’t responding to care the way doctors expected. They were on breathing machines after developing ARDS, acute respiratory distress syndrome. It’s an inflammatory form of lung failure that, when caused by other infections, stiffens lungs.

At least early on, Poor didn’t see that.

“It was like ‘Groundhog Day’ with each patient,” he said, referring to the movie where the same events repeat day after day. They had severe abnormalities in oxygen and carbon dioxide levels but “shockingly, their lungs were not stiff.”

He recalled Italian doctors who spotted the same thing and wrote in an American Thoracic Society journal that COVID-19 was causing atypical ARDS.

Back in Poor’s hospital, when ventilated patients looked improved enough to let them wake up a bit, alarms would sound as their blood oxygen levels immediately plummeted.

“The residents would yell at me, ‘So and so is desaturating!'” Poor recalled. “Classically in ARDS, we think that’s because the lung is collapsing.” But it wasn’t.

Poor often treats an emergency called pulmonary embolism, a large clot in the lungs that can quickly kill. The COVID-19 patients didn’t look quite like that. Nor were their hearts struggling to pump blood into the lungs.

Then as he was doing laundry at 2 a.m., Poor remembered a rare disease in which some lung blood vessels abnormally dilate even as others are clogged. If that explains the COVID-19 contradictions, he thought, a clot-buster might help.