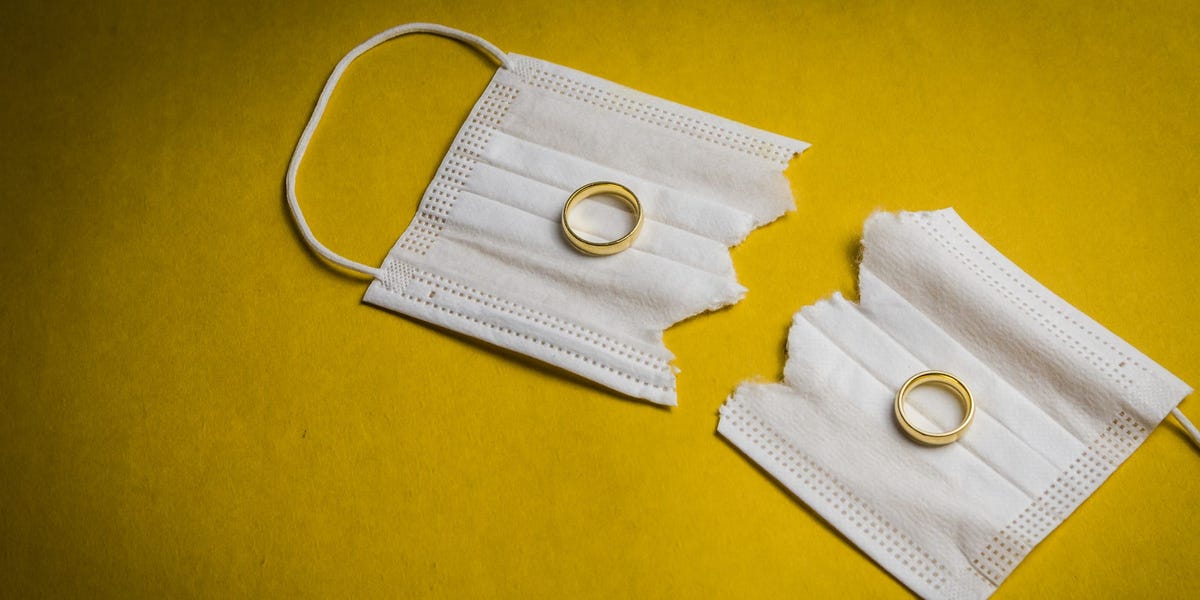 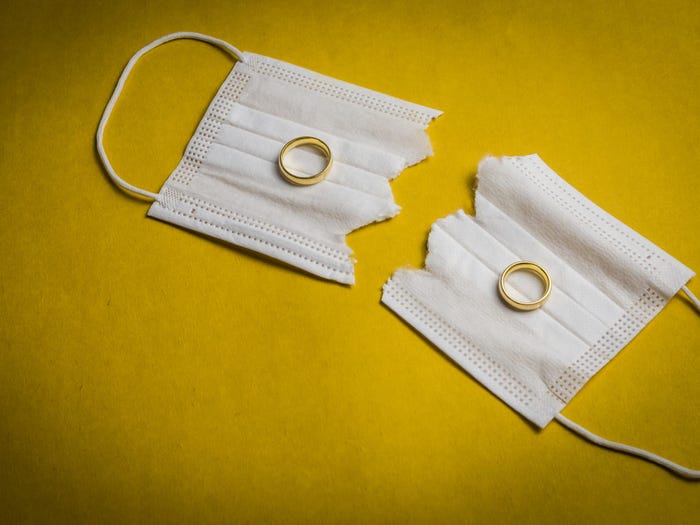 Divorce lawyers are gearing up for their busiest holiday season ever.

From the Jewish New Year in September through Thanksgiving, Christmas, and up until the New Year, there's typically a lull in court filings and hearings, they told Insider.

But, they say, heightened stress, anxiety, and bitterness due to the coronavirus pandemic is giving them some work to do.

July survey data from Legal Templates, an online database of legal documents, found a 34% increase in sales of its divorce agreement paperwork year-over-year, a sign more couples are seeking to end their marriages.

Divorce lawyers who spoke to Insider said they have noticed an uptick in cases too, and said it's a strange trend for this time of year.

"Typically, if it's a Thanksgiving week, it would be quiet. It's quiet in the sense that my phone's not ringing off the hook, but I'm working as if it's any other busy week. We've got loads of [virtual] court appearances and motions to file and it's really busy," Emily Walsh, a matrimonial lawyer and partner at Miller Zeiderman LLP in New York City, told Insider.

Lawyers of all areas — those overseeing divorce agreements, financial portfolios, or real estate for spouses — told Insider the unprecedented holiday rush to the divorce courts is the result of many factors.

It is certainly a logistical move, since the courts could postpone non-essential cases like these at any time like many did earlier this year. But the uptick in divorce filings is also emotionally-driven, given the pandemic's fraught nature.

According to Morghan L. Richardson, a matrimonial attorney and partner at Davidoff, Hutcher & Citron LLP in New York City, spouses on the outs tend to start the divorce process in January, so as not to spoil the holiday spirit for their children or other family members.

"If I'm handling cases, usually there's this lull and people will say to me, 'I want file, but I'm waiting,' or they'll maybe inquire, but they're not ready to pull the trigger because, 'We're traveling for Thanksgiving and I don't want to ruin the holidays,'" Richardson told Insider.

But this year, she's got a roster full of divorce cases and plenty of paperwork to file for clients in the days leading up to Thanksgiving. Richardson's clients seem indifferent about potentially marring the holidays with their divorce news, and instead have an attitude of, "I'm just done. I've reached the end. I've been trying, this has been hard, the tension is just too high, and it doesn't matter to me," she said.

They want to get divorced as quickly as possible, Richardson said, which is a feat considering New York's divorce courts could shut down again at any given time and stop hearing divorce cases, which the courts consider non-essential.

Married couples' sense of urgency is compounded by the nature of pandemic living.

Some spouses drifted apart but have no choice but to live and work under one roof with their children, who are going to remote school. And when each spouse has different views about pandemic safety habits, the tension is palpable.

"I'm seeing a lot of arguments, letters back and forth, phone calls, [and] court conferences over people's level of social distancing, and how that can potentially impact the household when they come home after going to an event," Walsh said.

Though some couples have a reported a strengthened connection while in lockdown, other say they feel less intimate and more on edge with their live-in partners, and that the pandemic has brought existing relationship issues to the forefront.

"I've seen people stay in a hotel for a few days just because they need that break," Sara Yunus, a senior associate attorney at Antonyan Miranda Law Firm in San Diego, told CBS8.

"Some people are using the domestic violence restraining order process in order to get themselves temporary custody orders which is not appropriate and against the law," said Georghiou.

According to Jordan Linn, an estate-planning attorney at New York City-based firm Tannenbaum, Helpern, Syracuse & Hirschtritt LLP, the combination of being cooped up, dealing with pandemic-induced depression, anxiety, and stress, and navigating a marriage that's at its end has pushed couples to their brink and left them desperate for divorce.

Linn, who sees ex-partners after the divorce is final to split up their assets, said the trend likely won't to stop anytime soon and he's preparing for an influx of work in 2021.

"I think familiarity breeds contempt and the more time they're forced to be together where they don't have an outlet outside of the marriage, because everything is so restrictive and their social lives outside of the house are restricted, those problems are magnified," Linn told Insider. "They quickly realize that as soon as [the divorce is final] they want out."