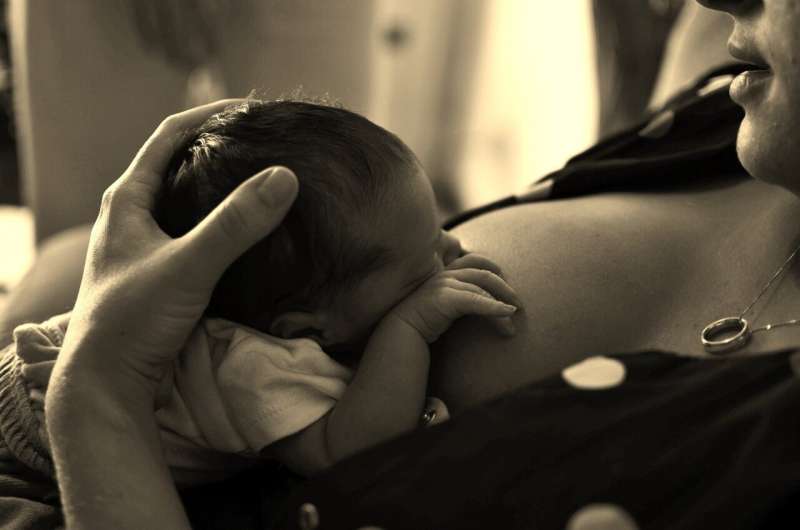 A research team from the University of Huelva in collaboration with the MilkCORONA initiative has demonstrated that the SARS-CoV-2 virus alters the composition of breast milk. The study compares the content of compounds of this natural food in mothers affected by this disease, both with and without symptoms, with data prior to the pandemic.

In addition, studies have been carried out into how COVID-19 infection affects the composition of chemical elements with significant biological functions such as selenium, zinc or copper, among others. It has also been confirmed that these changes are related to the antibodies against the virus that are transmitted to the baby through breastfeeding.

Metabolomic studies consist of the analysis of chemical reactions that occur in the organism. That is, they investigate how different compounds behave in the course of functional and structural processes in biofluids, organs, tissues and cells. In addition, they establish relationships between the alterations that may occur with the appearance of other agents or substances that are incorporated in the different phases.

Thus, when a virus acts, chemical reactions in the organism change against the threat. In relation to SARS-CoV-2, there are metabolomic previous research that determine the modifications that occur in serum and blood, as well as the alterations in the chemical elements profile. In the article “Metallomic and Untargeted Metabolomic Signatures of Human Milk from SARS-CoV-2 Positive Mothers,” published in the journal Molecular Nutrition & Food Research, experts present the results of the first study using breast milk.

This works describes the metabolomic profile and element levels in breast milk samples of COVID-19 patients, comparing them with pre-pandemic controls demonstrates that SARS-CoV-2 affects the composition of nutrients reaching the baby, which is related to the body’s defenses against the disease. In addition, the study also analyzes the impact of virus symptomatology at different stages of breastfeeding and the associations between COVID-19 antibodies and chemical elements in human milk

Some of the conclusions of this study confirm the data obtained in previous studies with blood, such as those concerning the decrease in selenium or cobalt levels due to the disease. Otherwise, for other elements, such as zinc or copper, the concentrations detected run counter to the results obtained with blood or serum.

“In the case of zinc, the amounts in people with COVID-19 are lower in blood, but higher in human milk compared to healthy women. It is possible that this happens because a higher intake of this element is required in the bloodstream to cope with the virus, but its levels are not reduced in breast secretion,” says Tamara García Barrera, one of the authors of the article.

Zinc deficiency has been linked to complications during the disease. In some cases, zinc supplementation has been effective in treating acute cases of COVID-19. Therefore, the higher levels of zinc found in breast milk may be due to the fact that it is beneficial for the newborn.

Metabolic response to the virus

Specifically, the elements that have been detected at lower concentrations in human milk are selenium, nickel, iron, copper, vanadium and aluminum, while those of zinc, titanium or arsenic were higher. In previous studies, increased blood copper levels have been linked to the inflammation that occurs in the airways during the disease. Low selenium has been associated with increased mortality from COVID-19. “Knowing the importance of this element for the neurological development of the baby, the knowledge that the disease reduces its concentration in milk may suggest the need to supplement the diet of mothers affected by this virus to increase the amounts they transfer to the newborn,” adds the researcher.

On the other hand, this study also links certain elements to COVID-19 antibodies. Although the possibility of infection during breastfeeding and the transmission of antibodies to the baby has been studied, the experts now insist on the relationship between certain elements and the body’s defenses. Thus, they have confirmed that the higher the antibody index, the lower the concentration of selenium, nickel and cobalt, while the amounts of copper are higher.

The results also conclude that a total of nine metabolites, including uric acid, a powerful antioxidant, or cholesterol, which is necessary for hormone formation, were found to be low in sick mothers. Eleven others, such as phosphoric acid, which is responsible for pH regulation, were regulated upwards in sick women.