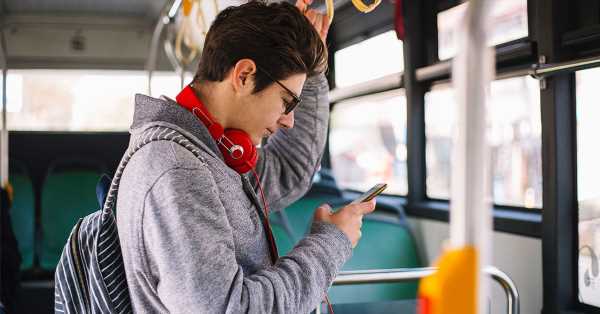 A recent study out of Florida is the first of its kind to take a deep look at digital dating violence as it applies to teenagers. The findings were surprising.

Of the 2,218 middle and high school students that participated in the research, more than a quarter (28.1 percent) of those who had been linked romantically in the past year said they’d also been subjected to digital dating violence.

Boys reported experiencing more of this abuse than girls, with 32.3 percent saying they’d been victims compared to 23.6 percent of their female counterparts.

The study defined digital dating violence as a romantic partner doing any of the following:

Laurie A. Couture is a licensed mental health counselor and trauma specialist for children and adolescents.

She explained that digital dating violence often extends beyond what was mentioned in the study.

“It could entail sending unwanted sexts or making unwanted and harassing sexual comments via text or social media. It could also entail more serious abuse such as stalking or catfishing,” she said.

Couture, who’s the author of the book “Nurturing and Empowering Our Sons,” went on to say that “Unfortunately, digital dating violence is becoming increasingly common among adolescents and young adults. The more young people are moving their lives online, the more vulnerable they are to these dynamics.”

What qualifies as digital dating violence or abuse?

As real and concerning as digital dating violence may be, adolescent therapist John Mopper of Blueprint Mental Health isn’t convinced the dynamics outlined in the study should always count as such.

Mopper said he was surprised to see “how broadly they defined ‘digital dating abuse.’”

He pointed out that most teenagers have probably had a picture shared without permission by a romantic partner, or may have been called names in the heat of the moment.

“As defined by the research, I would assume that most kids would check the box, ‘yes, this happened to me’ and at the same time if you asked them if they felt abused, my guess is they would probably say ‘no,’” he said.

That’s not to say he wants to discount the reality of digital dating violence, just that he questions the validity of this particular study.

“In order to explain what digital dating abuse might entail, we simply need to drop the ‘digital’ and look at what constitutes abuse within an intimate relationship,” Mopper said. “It can be defined as a pattern of behaviors used by one partner to maintain power and control over another partner.”

He explained that a teen feeling jealous, lacking the emotional maturity to appropriately handle that jealousy, and occasionally looking at their partner’s phone without permission is not abuse.

“It’s not cool to do and the person whose privacy is being violated will probably not feel good, but it’s not abuse,” he said.

He said the same can be applied to several different situations.

A teen getting mad and in the heat of the moment calling their partner a name or threatening to break up isn’t abuse.

But “repeatedly sending derogatory comments and degrading their partner via text would be abuse. Again, if this behavior is repeated or has the potential to be repeated over time (after being told to stop) then it is abuse in my opinion.”

When asked how common this might be, he said, “I would say it happens among my clients, but not at the rate that the research says at all.”

Why the risk for boys may be higher

One of the interesting aspects of this research is that boys were found to experience the type of abuse outlined in the study more often than girls. But this information isn’t necessarily new.

Previous research has yielded similar results in regards to all types of abuse.

“I praise the study for highlighting what many of us in the mental health field already know,” said Couture. “Boys are very vulnerable to all forms of sexual and domestic violence, including digital dating violence.”

“Many parents have not been adequately protecting their sons because they haven’t realized they are equally as vulnerable as their daughters,” she added.

There are a lot of reasons this may be the case, but Couture believes a lot of it comes down to the fact that “the stereotypical information put out by the mental health, medical, human service, and crisis fields, as well as by the media, has parents believing that sexual and dating violence are gender crimes rather than human crimes.”

She said teens then believe these stereotypes, which has the added consequence of keeping them from getting the help they may need, or even reporting violence when it’s committed against them.

What parents should know

Both Mopper and Couture suggest talking to teens and maintaining open lines of communication.

“If your teen hints at problems with someone, take that seriously,” Couture said. “If he or she hovers, acts emotionally regressive, seems like he or she wants to talk but won’t bring anything up, needs more affection than usual, is withdrawing physically or acting out at home, especially toward siblings, these are all red flags.”

Additional signs something may be going on with your teenager may include:

“Even if parents do not suspect that their adolescent children are victims of digital dating abuse, they should find a way to engage their children in a conversation while doing an activity side-by-side, by sharing a meal at a restaurant, or by going for a drive together,” Couture said.

This goes for any important topic you may want to ensure your teen knows they can talk to you about.

By being open and having these discussions from an early age, she said your teen will then have an easier time opening up to you when it counts.

Couture suggested bringing up the subject of digital dating violence and directly asking if they know anyone who’s experienced it.

“Watch the child’s body language. Ask if he or she has ever experienced it or been pulled into acting it out,” said Couture.

If a child doesn’t want to discuss the subject, Couture said parents shouldn’t push it.

However, if you have reason to suspect your child is either experiencing or perpetrating any type of abuse, Couture said you should go to a local mental health crisis center immediately.

And if you fear your child may be in danger? Couture says it’s time to get local law enforcement involved.