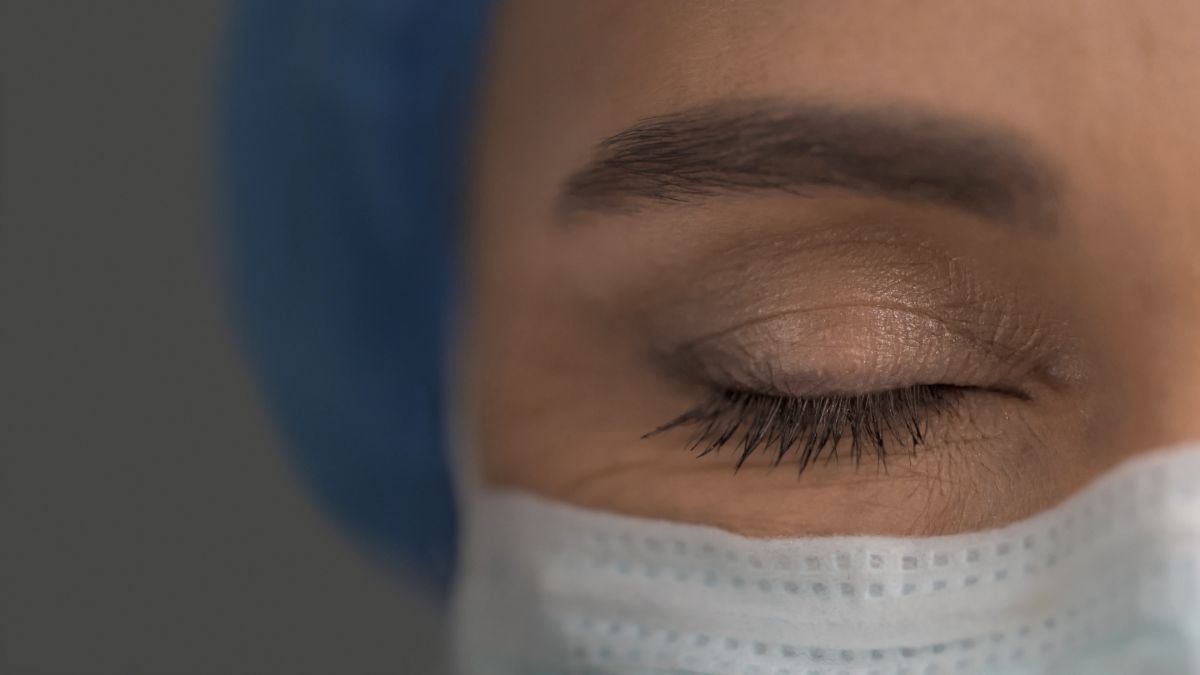 Italy’s first confirmed COVID-19 patient had detectable levels of infectious viral particles in her eyes, long after the infection had cleared from her nose, according to a report of the case.

On Jan. 23, a 65-year-old woman flew from Wuhan, China — where the coronavirus outbreak first began — to Italy. Five days later, she began experiencing symptoms of COVID-19 and was admitted to the hospital the following day. Her initial symptoms included a dry cough, sore throat, coryza, or inflammation of the mucous membrane in the nose, and conjunctivitis, or pink eye. She tested positive for the new coronavirus, SARS-CoV-2, and a few days later, she later also developed a fever, nausea and vomiting.

On the third day she was at the hospital, healthcare professionals took an eye swab and discovered she had RNA, or genetic material, from the coronavirus in her eyes.

The healthcare professionals continued to take eye swabs daily. Though the woman’s pink eye cleared on the 20th day she was at the hospital, they found the virus lingered up to the 21st day, according to the report. For the next couple of days, the virus was undetectable in both the nose and the eyes. But on day 27, they detected the virus once more in her eyes.

“SARS-CoV-2 RNA was detected in ocular swabs days after it was undetectable in nasal swabs,” the authors wrote in the letter. What’s more, using lab tests that amplify the viral particles, the researchers confirmed that the sample of virus taken from her eyes was replicating and thus could be viable.

“We found that ocular fluids from SARS-CoV-2-infected patients may contain infectious virus, and hence may be a potential source of infection,” the authors wrote. “These findings highlight the importance of control measures, such as avoiding touching the nose, mouth, and eyes and frequent hand washing.”

What’s more, ophthalmologists should exercise caution during clinical exams, as the eyes could both be an entrance to the virus and a source of spread. This research demonstrated that eye involvement can occur early in COVID-19 disease course “suggesting that measures to prevent transmission via this route must be implemented as early as possible,” the authors wrote.

Pink eye has previously been reported as a possible symptom of COVID-19. What’s more, reports from China suggested that the eyes could be a source of infection for the coronavirus where the virus can replicate, according to the report. But it’s still unclear how infectious these coronavirus eye samples are.

The findings were published April 17 in the journal Annals of Internal Medicine.