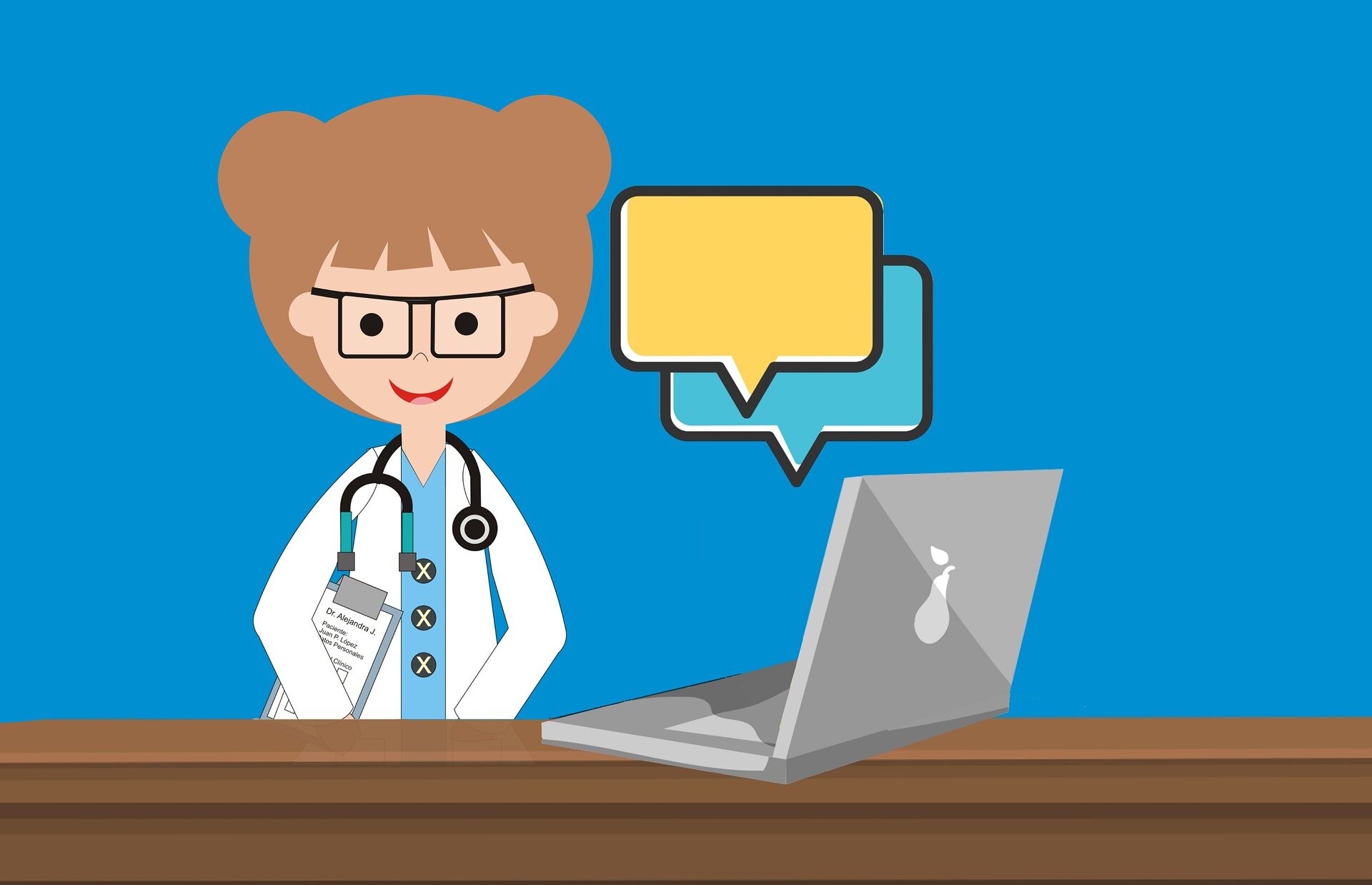 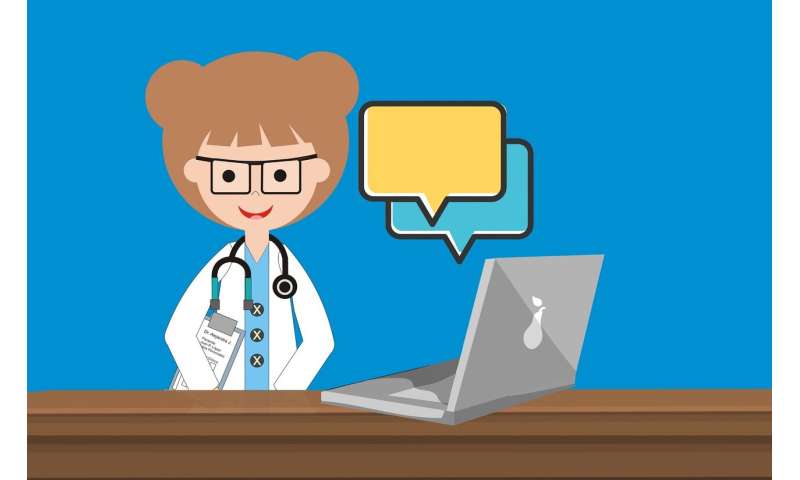 When pain radiated from Fred Thomas’ neck down his arm and he couldn’t feel his fingers anymore, he knew it was time to talk to a doctor.

After getting an MRI ordered by his primary-care doctor, the 49-year-old land surveyor had several phone conversations with a Rothman Orthopedic Institute specialist he’d never met to discuss the problem and treatment options. He was scheduled for a cervical fusion to replace three damaged disks in his spine a couple weeks later.

“By the time I met him, I felt like I’d been in his office 15 times,” said Thomas, who lives in Wilkes-Barre. “We spoke in person for the first time a few minutes before he operated.”

Months ago, few patients or doctors would have considered surgery without so much as an in-person consultation, but the coronavirus pandemic has forced the health-care system to embrace telemedicine like never before.

With no other way to see a doctor as the virus shuttered all but the most essential health-care services, regulatory hurdles that hamstrung the growth of telemedicine for decades were wiped away: Private insurers, Medicare and Medicaid agreed to pay the same rates for telemedicine visits they would have for in-person appointments. The federal government loosened privacy regulations that had in the past restricted how patients and doctors communicate virtually.

In response, telemedicine visits soared. The approach has been exceedingly popular among patients and doctors, and so universally adopted by health systems that experts say telemedicine is likely here to stay. Not only have health systems proven that telemedicine is an effective and useful tool for treating existing patients, virtual doctors’ visits also present an opportunity for health systems now forced to grapple with the racial inequities highlighted during the pandemic to improve access to care.

“We have this opportunity as the result of a very horrific, virulent disease to re-imagine health care,” said Nicol Turner Lee, a senior fellow at the Center for Technology Innovation at the Brookings Institution.

But maintaining telemedicine will be possible only if providers and insurers are able to agree to fair payment, and if regulators are able to work out security and patient privacy issues.

While in-person visits plummeted 90% at Jefferson Health, virtual visits rose from a couple hundred a week in February to 20,000 a week in June. Some of those calls were about coronavirus, but the vast majority were “regular doctors’ visits,” said Judd Hollander, senior vice president for health-care delivery innovation at Jefferson Health.

“Telemedicine grew out as rapidly as it did because people were afraid of COVID and because reimbursement models changed,” said Hollander, an emergency medicine doctor.

Jefferson is now bringing back patients for in-person visits, but Hollander expects that about a third of visits will remain virtual—in part because of how popular the approach is with patients, who score telemedicine “light years ahead” of office visits on patient satisfaction surveys for its convenience.

“They’ve seen the benefit of staying home,” he said.

For Thomas, meeting with his specialist at Rothman Institute by phone or by video eliminated the need for multiple, day-long trips into Philadelphia. That journey would have been especially difficult after his surgery, when he was not able to move his neck for several weeks. He had follow-up scans done near his home and spent a few bucks to mail them to Rothman—far less than he would have shelled out on gas and parking.

In the past, telemedicine was considered an option for routine chronic care appointments or quick check-ins. But the pandemic challenged doctors to find ways to perform through video the services they assumed could be accomplished only in person.

“This has broken a lot of long-held principles, like, ‘You can’t do that’ and ‘Change is bad,'” said Bill Hanson, chief medical information officer at Penn Medicine.

Even with patients slowly returning to the office, Plastaras often prefers video because he is better able to read facial cues that are crucial to interpreting a patient’s progress—if he saw a patient in person, the patient would be hidden by a face mask.

“If you bring up a treatment option and you see the patient cringe, OK, you don’t want to do that. Or their face brightens, then, OK, we’ll do that more,” he said. “It really is something that’s important as we counsel patients in their treatment options, having that nonverbal feedback.”

Barbara Gilin had spine surgery at the beginning of February, before the pandemic hit. But by the time she was ready for rehabilitation work—typically a hands-on kind of medical appointment—a video visit was her only option.

“I think the biggest surprise to me was how thorough the physical exam could be,” said Gilin, a psychotherapist who lives in Montgomery County and is a patient of Plastaras’.

Even with some stumbling points, such as how to secure prior authorization and get patients needed testing, many health system executives now describe telemedicine as a genie that can’t be put back in its bottle. But the changes that made its widespread adoption possible were intended to be temporary. A permanent change will require more work.

“It was a sensible thing in a pandemic to say just ‘make it happen.’ But it’s not sensible to say ‘there are no rules,'” said Carmel Shachar, executive director of the Petrie-Flom Center for Health Law Policy, Biotechnology, and Bioethics at Harvard Law School.

Federal regulators permitted medical use of Facetime and other popular video chat tools during the pandemic, but these platforms don’t meet federal patient privacy rules.

Private insurance agreements to cover telemedicine during the pandemic are also temporary. But without insurance coverage, virtual visits are impossible.

“This is progress … but if you don’t pay for this we can’t do it and it’s forcing us to go to the older model where people spend 2{ hours driving in, waiting,” said Alexander Vaccaro, president of the Rothman Institute. “We’re begging the insurers to come up with fair rules.”

Vaccaro said he wants about 30% of Rothman appointments to remain virtual, but doctors have already received notices from most major insurers about their plans to suspend telehealth coverage in the coming months.

The federal Centers for Medicare and Medicaid Services has said it is considering making access to telemedicine permanent, which may pave a path for private insurers to follow.

Independence Blue Cross, the largest private insurer in the Philadelphia area, plans to extend its pandemic coverage for telemedicine through the end of the year, said Richard Snyder, the insurer’s chief medical officer. Independence wants to maintain telemedicine coverage. But instead of paying for every test and visit, contracts may instead pay based on how well a patient is cared for.

“I don’t think pre-COVID utilization of telemedicine was in any way optimal,” Snyder said, but neither is it appropriate for every type of visit.

Shifting some appointments to virtual visits could ease strain on doctors’ offices, which are working through a backlog of missed appointments slowly to maintain social distancing. At the same time, hospitals could miss out on revenue if they can’t charge a facility fee.

“We have to start thinking, going forward, what is the right mix of care so we can take care of everyone, and remain financially solvent,” Hollander said.

The stakes for how telemedicine becomes a permanent fixture also are high because it presents an opportunity to address long-standing inequities in health care.

“Telemedicine can be an equalizer in the sense that it allows greater distribution of the good stuff medicine has to offer across geography and socioeconomic levels,” said Hanson, of Penn.

Virtual visits may be more accessible for people who lack transportation, can’t take off work, or don’t have child care—barriers that disproportionately affect low-income communities.

Already, Hanson said, Penn has noticed that some patients with chronic health problems have been better able to keep up with their needs through telemedicine than with traditional office visits.

But it can also create new challenges, in particular for people for whom English is their second language or who do not have Internet access.

At Philadelphia’s Strawberry Mansion Health Center, the primary-care provider for families in a particularly low-income neighborhood, virtual visits could be helpful, said Tanya Malone, the city-run health center’s clinical director. But many patients aren’t connected to the Internet or don’t have phones with video capabilities. That is a barrier, Malone said, that must be addressed.