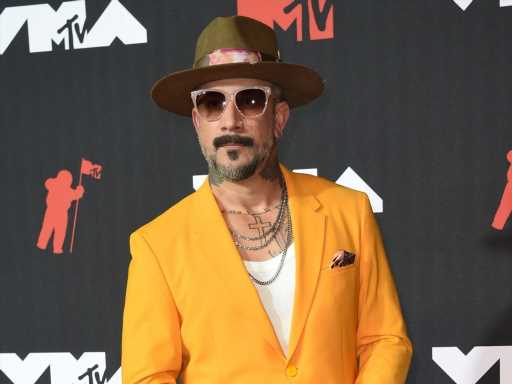 Backstreet Boys singer AJ McLean and wife Rochelle just sent their daughters back to school with a sweet photoshoot of the girls holding balloons — showcasing their name and new grade — but eagle eyed fans immediately noticed something different about their oldest daughter’s new moniker.

In a joint Aug. 24 Instagram post, both Rochelle and AJ shared the same snap of their daughters on their first day of school. “After two and half years of homeschool, these two beauties are back to school!” Rochelle wrote in her Instagram caption. “Lyric is starting Kindergarten and Elliott (Ava) is in fourth grade! I can’t believe it! I’m so proud of these girls. As much as I am going to miss them, I’m excited to watch them spread their wings and fly!”

While their 5-year-old daughter Lyric’s balloon said the name and grade their Instagram followers were expecting, The McLean’s oldest daughter — formerly named Ava — was holding a balloon that displayed the name “Elliot” instead. The couple also noted the change in their Instagram caption, placing Ava in parenthesis to reiterate that she no longer goes by that name.

One Instagram user inquired about the name change, asking if Elliott would be changing genders. “Elliott?” wrote Instagram user @angeles.labarca. “Is Ava going to become a boy?” Rochelle confirmed that her daughter’s name change was not about gender, but instead, being different. “It’s not a gender thing,” Rochelle wrote in her comment. “She was tired of there being so many Ava’s and asked if we would call her Elliott. She wanted something unique.”

Congrats to Elliott on her new name!

These celebrity fathers are all proud to be “girl dads.”