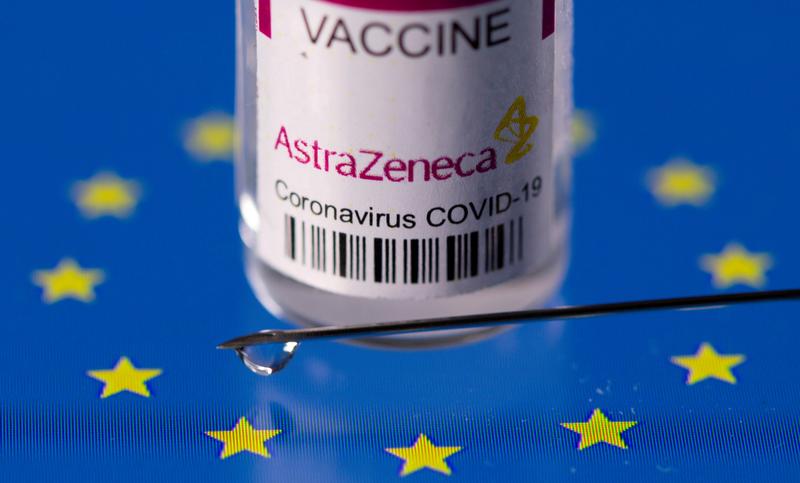 CANBERRA (Reuters) – Australia said on Wednesday the European Union asked it to withdraw export permit applications for AstraZeneca PLC’s COVID-19 vaccine, ratcheting up its dispute with Europe over access to pre-purchased inoculations.

The Australian government has blamed the delay of 3.1 million AstraZeneca doses, that were scheduled to be delivered by the end of March, for falling behind in its own vaccination programme.

The European Union on Tuesday denied blocking the shipments of the vaccine to Australia, and said it was not responsible for AstraZeneca’s failure to uphold commitments to other countries.

The dispute underscores massive shortfalls of the AstraZeneca shot across the EU and the impact of any vaccine export curbs on countries that had pre-ordered doses.

“The EC is arguing semantics but at the end of the day, all we want is what Australians have ordered so we can get more vaccines in arms,” the Australian government said in a statement on Wednesday, referring to the EU’s executive branch, the European Commission.

Canberra said the EC requested Australia withdraw export permit applications and that AstraZeneca has told Canberra that it has not been able to secure an export license from Europe to send the pre-purchased doses to Australia.

“The EC has been absolutely clear in their public and private statements that no further doses of (the AstraZeneca vaccine) are to be released until they have had their own orders fulfilled,” Canberra said.

Australia received an initial shipment of 300,000 doses of the AstraZeneca vaccine in late February, which it said was the last received. It has also imported doses of Pfizer Inc’s vaccine.

The AstraZeneca vaccine arriving from Europe was to underpin the early stages of Australia’s vaccine drive, supplementing 50 million shots of the vaccine that will be produced locally by CSL Ltd.

Australia has recorded just 909 COVID-19 deaths since the pandemic began, a small number compared to most nations.

But its inoculation programme is running behind schedule with only about 670,000 people vaccinated against an initial target of 4 million by March-end.

AstraZeneca did not immediately reply to a request for comment on Wednesday.