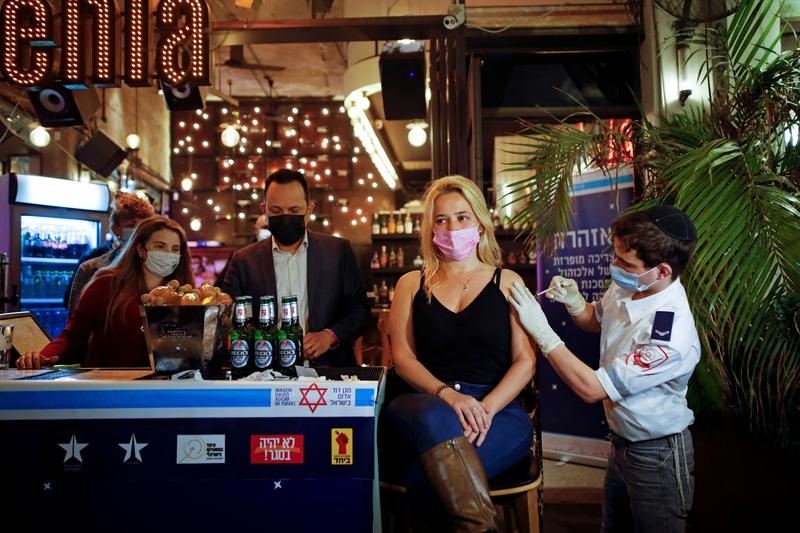 LONDON (Reuters) – Confidence in COVID-19 vaccines is growing, with people’s willingness to have the shots increasing as they are rolled out across the world and concerns about possible side effects are fading, a 14-country survey showed on Friday.

Co-led by Imperial College London’s Institute of Global Health Innovation (IGHI) and the polling firm YouGov, the survey found trust in COVID-19 vaccines had risen in nine out of 14 countries covered, including France, Japan and Singapore which had previously had low levels of confidence.

The latest update of the survey, which ran from Feb 8. to Feb. 21, found that people in the UK are the most willing, with 77% saying they would take a vaccine designed to protect against COVID-19 if one was available that week.

This is up from 55% in November, shortly before the first COVID-19 vaccine – co-developed by Pfizer and BioNTech – gained regulatory approval for use in Britain.

People in France, Singapore and Japan remained among the least willing to have a COVID-19 vaccine, at 40%, 48% and 48%, respectively – but all three have seen confidence rising since November when only 25%, 36% and 39% of people were positive.

The survey also found that worries over vaccine side effects have faded in the majority of countries, with fewer than half (45%) of all respondents currently reporting concern.

Again, people in France, Singapore and Japan are currently most worried about side effects, with around 6 in 10 feeling concerned (56%, 59%, 61%), while the UK is the least concerned.