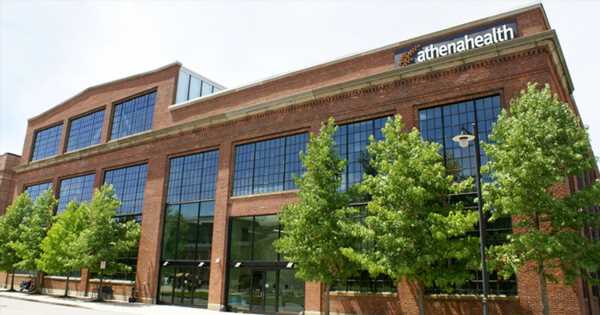 The federal government alleged that the company had paid illegal kickbacks – including inviting prospects and customers to all-expense-paid sporting and entertainment events – to generate sales of its EHR product.

As a result of these kickbacks, the government claimed, athenahealth improperly generated sales for itself while causing healthcare providers to submit false claims related to incentive payments for adoption and meaningful use of the technology.

“Kickbacks corrupt the market for health care services and risk jeopardizing patient safety,” he said. “We will aggressively pursue organizations that fail to play by the rules; EHR companies are no exception.”

According to a complaint filed this past week in district court, athenahealth paid kickbacks to healthcare providers and other EHR vendors from January 2014 through September 2020 to induce them to purchase and recommend its EHR product.

The three-pronged complaint focused on athenahealth’s all-expense-paid trips, its referral incentive program and its payments to competing vendors that were discontinuing EHRs in exchange for recommending that their clients transition to athenahealth’s product.

Under its “Concierge Event” program, according to court documents, athenahealth is said to have provided existing and potential clients trips to the Masters Tournament, the Kentucky Derby, New York Fashion Week, the Indy 500 and the NCAA Final Four, among other events.

“Athena emphasized in invitations to clients that the Masters was a ‘bucket list’ item, and internal Athena documents reflect that it ‘heard from countless guests that this was a once in a lifetime opportunity, and that they were extremely appreciative of athena’s generosity,'” read the complaint.

The vendor also allegedly paid existing clients for referrals of new practices that signed up for athenaOne or athenaClinicals, regardless of how much time the existing client spent speaking with the lead, according to the complaint.

In addition, DOJ alleged that athenahealth paid competitors in exchange for recommendations that clients transition to athenahealth’s EHR platform.

The complaint notes that providers who used athenaClinicals and attested to using certified EHR technology to satisfy the requirements of the EHR incentive programs established under the HITECH Act received incentive payments and/or avoided payment reductions.

The Anti-Kickback Statute makes it a crime to offer remuneration for the furnishing of any service “for which payment may be made in whole or in part under a Federal health care program.”

“Through the conduct alleged above, Athena knowingly and willfully offered and paid remuneration in violation of the [Anti-Kickback Statute] to induce the recipients to refer persons for the furnishing or arranging for the furnishing of Athena’s EHR products or to induce the recipients to purchase, lease, order, or arrange for or recommend the purchasing, leasing, or ordering of Athena’s EHR products, for which payment was made in whole or in part under Medicare and Medicaid, each a federal health care program,” read the complaint.

“As a result of the kickbacks, Athena knowingly submitted and caused healthcare providers to submit claims for federal incentive payments that were false or fraudulent, and not payable, in violation of the [False Claims Act],” the complaint continued.

“If the benefits of electronic health records are to be fully realized, patients must be confident providers have selected the most effective system – not the one paying the largest kickbacks,” said Phillip M. Coyne, Special Agent in Charge for the Office of Inspector General of the U.S. Department of Health and Human Services.

The federal government warned back in 2017 that it would “vigilantly” crack down on false claims tied to EHR use.

That same year, eClinicalWorks faced a $155 million fine for allegations that it gave its customers kickbacks in exchange for publicly promoting its products.

Since then, there have been a handful of high-profile cases raised against EHR vendors, including allegations in 2019 that Greenway Health paid customers to recommend its product to others.

“This resolution demonstrates the department’s continued commitment to holding EHR companies accountable for the payment of unlawful kickbacks in any form,” said Acting Assistant Attorney General Brian Boynton for the Department of Justice’s Civil Division in a statement.

“EHR technology plays an important role in the provision of medical care, and it is critical that the selection of an EHR platform be made without the influence of improper financial inducements,” he said.