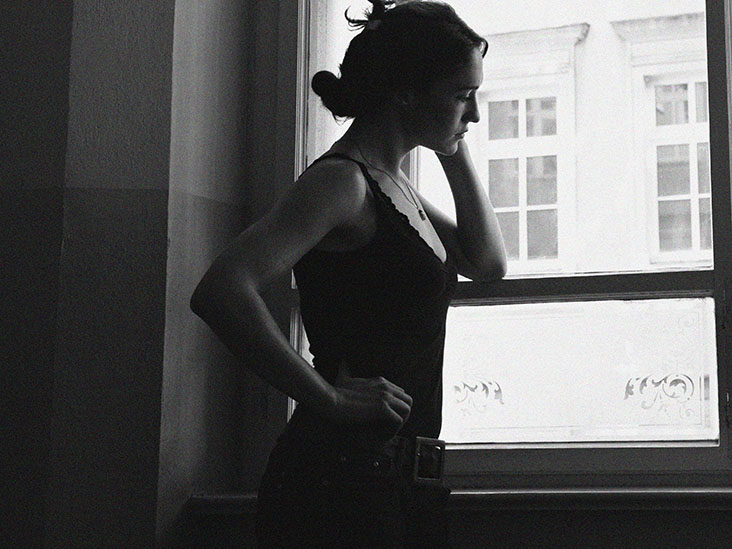 In this feature, we ask whether there are links between inflammation and anxiety. Although evidence is slowly mounting, we have a great deal to learn about the relationship between the two. 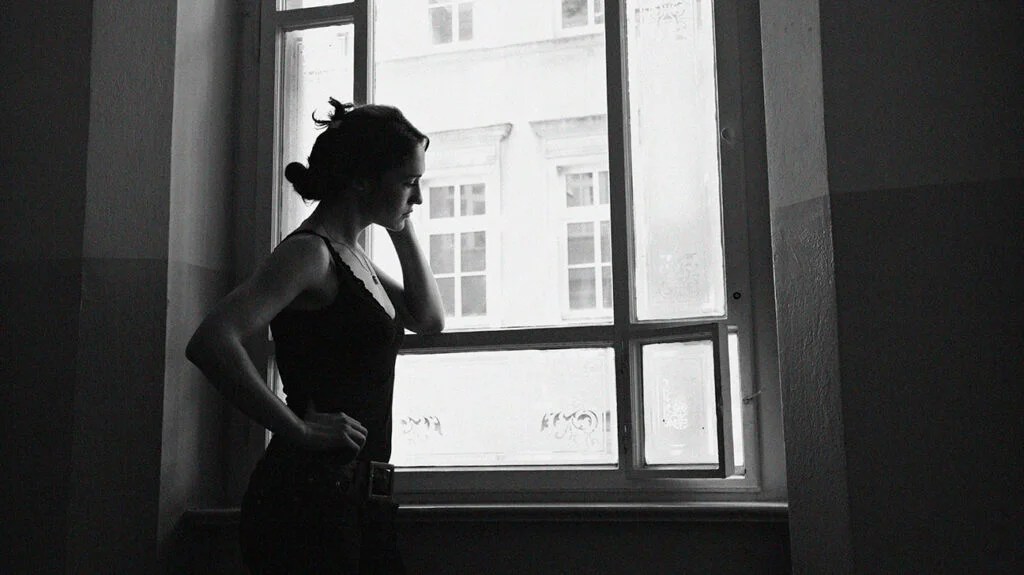 Anxiety is normal. Most people will feel anxious now and again. For people with an anxiety disorder, however, feeling anxious is more frequent, intense, and persistent.

For these individuals, anxiety is difficult to control and can interfere with their everyday lives.

Some people experience more than one form of anxiety disorder at the same time.

Anxiety disorders are common. According to the World Health Organization (WHO), in 2015, an estimated 3.6% of the global population had an anxiety disorder, which is around 264 million people.

Scientists still do not know the precise causes of anxiety, but some likely factors include overactivity in certain parts of the brain, an imbalance of neurotransmitters, genetics, trauma, personality traits, chronic pain, and substance misuse.

Even before the pandemic, anxiety appeared to be increasing, particularly in the West. Understanding how and why anxiety disorders emerge is urgent. Some scientists are investigating the potential role of inflammation.

In brief, inflammation is a natural and beneficial reaction to harmful stimuli, such as irritants or pathogens.

Inflammation is a protective response that helps the body rid itself of the offending stimuli and protect the body. However, if inflammation persists, it can damage the cells and tissues it is designed to protect.

Inflammation also occurs in the brain, and although some of this inflammation may be protective, researchers are interested in whether chronic inflammation might influence the development of mental disorders.

Steadily, scientists are building up a body of evidence.

Anxiety disorders are characterized by mental distress. However, they may also be associated with an increased risk of coronary heart disease, atherosclerosis, and metabolic disorders.

Because these conditions involve low grade systemic inflammation and because depression often comes hand in hand with anxiety, some scientists are asking whether inflammation might therefore play a part in anxiety disorders.

When investigating inflammation, scientists hone in on key markers in the body. Markers of interest include C-reactive protein (CRP), interleukin-6 (IL-6), and tumor-necrosis factor (TNF)-alpha.

CRP is released from the liver in response to inflammation. Its primary role is to bind to markers on dead or dying cells or microorganisms. Scientists believe that by binding to its target, CRP aids the complement system, which enhances immune cells’ ability to clear away pathogens and dead cells.

IL-6 and TNF-alpha are both cytokines that promote inflammation. Cytokines are a broad category of proteins that play an important role in cell-to-cell communication.

Over recent years, evidence of the links between anxiety and inflammation has grown stronger. In one study, scientists evaluated a range of inflammation and coagulation markers, including CRP, IL-6, and TNF-alpha in 853 participants.

Among other findings, they showed that higher anxiety scores were associated with increased levels of CRP, IL-6, and TNF-alpha in men, and higher levels of CRP and IL-6 in women.

A study, which appears in the Journal of Psychiatric Research, investigated links between inflammation and PTSD. Researchers compared pro-inflammatory markers in 14 people with PTSD and compared them with 14 people without the condition.

Although the study was small, the authors concluded that “PTSD patients showed a low grade systemic pro-inflammatory state, which, moreover, was related to PTSD symptom levels […].”

A review looking at PTSD and inflammation found that PTSD is associated with increased IL-6, TNF-alpha, and other markers of inflammation.

Looking specifically at women living with both type 2 diabetes and phobic anxiety, another study found a connection between inflammatory markers and anxiety. The authors conclude:

“High levels of phobic anxiety are associated with increased levels of leptin and inflammatory markers.”

Leptin is a hormone that helps regulate appetite and therefore caloric intake, but scientists believe that it also plays a part in chronic inflammation.

A systematic review and meta-analysis, published in Depression & Anxiety, pored over the data from 41 relevant studies. Overall, the researchers concluded:

“These data demonstrate the association between inflammatory dysregulation and diagnoses associated with chronic, impactful, and severe anxiety and [provide] insight into the way that anxiety, and in particular PTSD, is related to certain inflammatory markers.”

Of course, discovering that people with anxiety are more likely to experience inflammation does not show that inflammation causes or increases the risk of anxiety.

In an attempt to address this chicken or egg question, one analysis asked whether inducing a state of inflammation would increase feelings of anxiety.

Researchers triggered inflammation by injecting participants with lipopolysaccharide (LPS). LPS is a component of the cell membrane of gram-negative bacteria, and it reliably induces an inflammatory response.

The authors found that as inflammatory markers increased, so did feelings of anxiety. They also noted that individuals whose IL-6 levels increased the most experienced the greatest levels of anxiety.

Although it is notoriously difficult to translate animal studies on mental health to the human experience, research in mice has produced some interesting results.

For instance, one study, in which scientists induced gastrointestinal inflammation in mice, found that the mice developed anxiety-like behavior. The study also showed that Bifidobacterium longum, a probiotic bacterium, reversed the change in behavior, which brings us neatly on to the next section.

A role for the microbiome?

As scientists unpick the links between the immune system and the brain, some are interested in a potential role for gut bacteria.

Only a few years ago, the idea that bacteria in our gut could influence our mental health might have sounded far fetched. Today, however, it is fairly well established.

The gut has a highly complex nervous system, referred to as the enteric nervous system. Some scientists even refer to it as the “second brain.”

Indeed, in some ways, it can be considered the first brain, because, evolutionarily speaking, it arrived on the scene before the “head brain.”

There is a complex two-way interaction between the enteric nervous system and the central nervous system. As the authors of one paper explain:

“Insights into the gut-brain cross talk have revealed a complex communication system that not only ensures the proper maintenance of gastrointestinal homeostasis but is likely to have multiple effects on affect, motivation, and higher cognitive functions.”

By interacting with the enteric nervous system, gut bacteria have a direct route of communication with the brain.

Some research has already shown links between anxiety and changes in gut bacteria populations. For instance, one study found “decreased microbial richness and diversity” in people with GAD, compared with individuals without an anxiety disorder.

Other scientists have investigated whether anxiety might be treated using probiotics or prebiotics. Probiotic foods contain live microorganisms, and prebiotics are nondigestible ingredients that promote the growth of bacteria.

One meta-analysis collated data from 34 studies investigating the impact of prebiotics and probiotics on depression and anxiety. Overall, researchers found no effect from prebiotics. However, they also concluded:

“Probiotics yielded small but significant effects for depression and anxiety.”

Although there are likely to be multiple mechanisms, one way in which gut bacteria might influence levels of anxiety is through inflammation. Gut bacteria have tight links with the nervous system, but they also interact with the immune system, which drives the inflammatory response.

Even though there is a great deal of interest in gut bacteria at this time, we still have much to learn about their influence over our mental states.

Much of the research above does not address the question: Does inflammation cause or exacerbate anxiety, or does anxiety promote inflammation? And, importantly, does reducing inflammation ease symptoms?

These questions have not yet been answered, but some research provides hints.

For instance, one study that focused on cancer patients reached interesting conclusions. After receiving a cancer diagnosis, people have an increased risk of psychiatric disorders. The study included 316,904 people with cancer.

The scientists collated information about which participants developed mental disorders and whether the individuals were taking aspirin — a nonsteroidal anti-inflammatory drug (NSAIDs) — or other NSAIDs during the year before diagnosis. Overall, the authors concluded:

“Pre-diagnostic use of aspirin was associated with a decreased risk of depression, anxiety, and stress-related disorders during the first year following cancer diagnosis.”

However, other similar research has not found the same effect.

Although the evidence of a link between inflammation and mental health is becoming stronger, scientists have a long path to traverse before we fully understand the importance of this relationship.

The immune system is an incredibly complicated topic, and mental health conditions are still poorly understood. Once we add the dizzying levels of complexity involved in the microbiome, we have a punishingly convoluted problem to unpick.

As researchers chip away, the picture is sure to become clearer. However, as a conclusion, it seems likely that inflammation plays at least some part in anxiety, but we will have to wait for more research before we can make solid conclusions and, importantly, use the information to tackle anxiety.