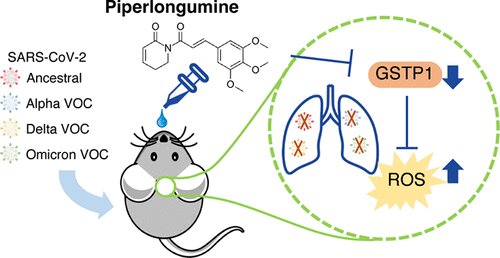 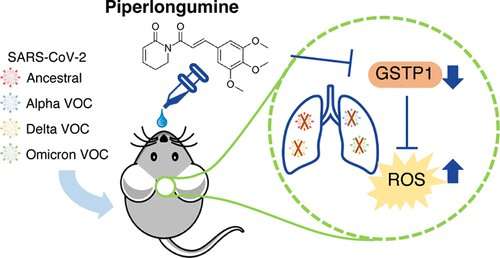 A new study led by Gonçalo Bernardes, group leader at the Instituto de Medicina Molecular João Lobo Antunes (iMM; Portugal) and Professor at the University of Cambridge (Cambridge, UK), published recently in the journal ACS Central Science, reports the discovery of a compound efficient in the treatment of SARS-CoV-2 that could be broadly applied to treat different variants of the virus.

The researchers discovered that the compound piperlongumine (PL), extracted from the long pepper, the natural ingredient used most extensively in Indian medical systems, has a potent antiviral effect in the treatment of SARS-CoV-2 in mice.

“The action of this compound in the organism, which was previously studied in the treatment of cancer, is the induction of a stress response in the host cells. In our work, we saw that this stress response is selective for infected cells. This is quite advantageous because PL acts on the cells infected by the virus and not on the virus itself, making it a potential antiviral treatment that can be efficient in upcoming variants of SARS-CoV-2 or even different viruses, to fight future outbreaks,” continues Bernardes.

The researchers tested PL treatment in mice infected with alpha, delta and omicron variants of SARS-CoV-2 and the treatment is efficient in decreasing the amount of virus in the three different variants.

To access the relevance of the compound as a potential treatment, the effect of PL was compared with Plitidepsin, an antiviral administered subcutaneously that is already known to reduce viral load in SARS-CoV-2 infection.

“In the case of PL we were able to administer intranasally, which was suggested as a better route because the nasal mucosa is frequently the primary site of infection in SARS-CoV-2. We demonstrated that PL intranasal administration is not toxic and the treatment is more effective in the infected mice relative to Plitidepsin, a potent antiviral that is currently being tested in human clinical trials,” adds Cong Tang, first author of the study.

Although the discovery of vaccines contributed significantly to the control of the SARS-CoV-2 pandemic, it is essential to find and develop treatments specially since the virus continues to adapt to the new human host overtime. The compound studied in this work, PL, can be particularly relevant as an antiviral since it exerts its antiviral action by affecting the host cells, instead of the virus. This makes PL a great candidate to be used in upcoming variants of SARS-CoV-2 and even other viruses.