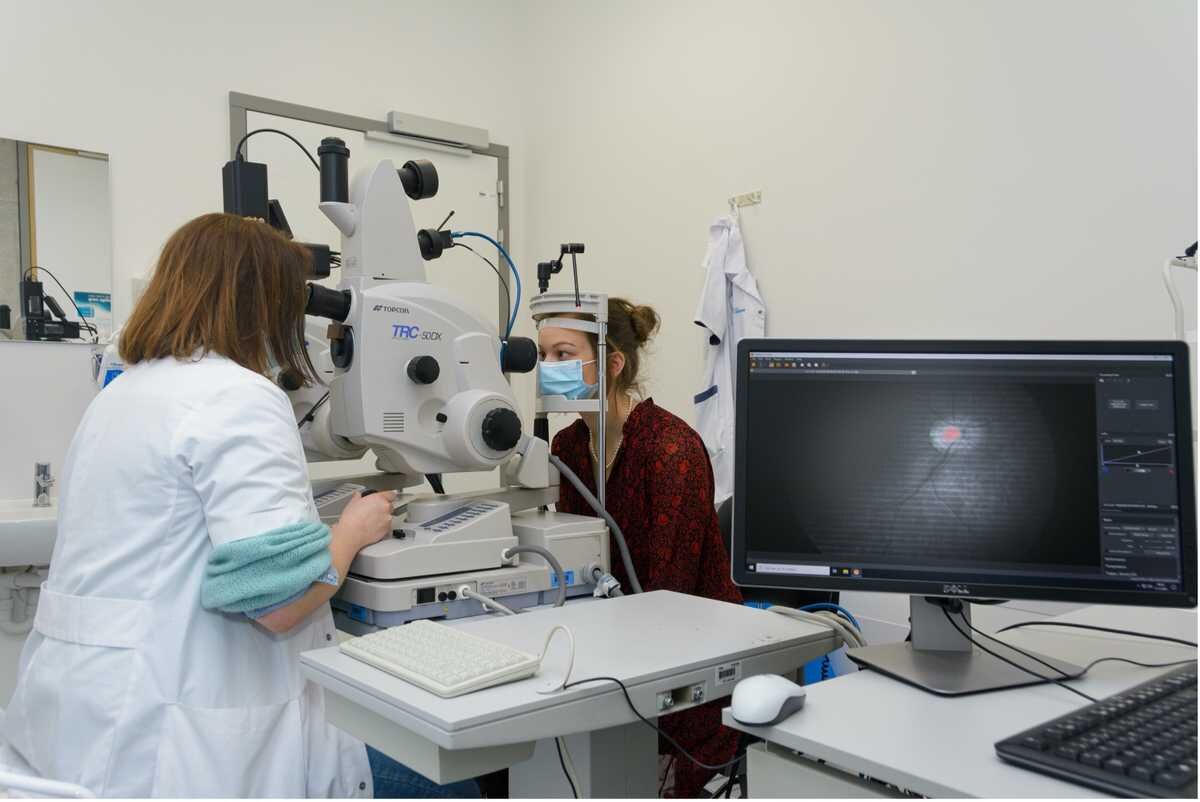 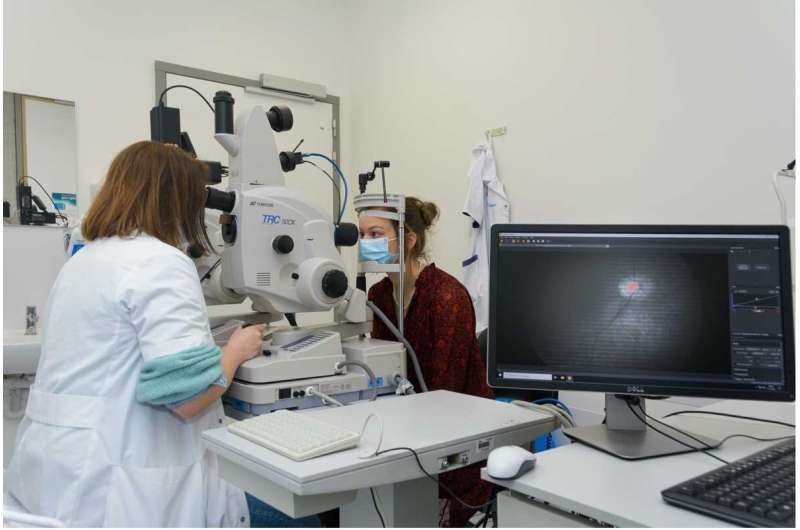 Alzheimer’s disease (AD) is one of the three so-called trillion-dollar diseases in the world, next to cancer and diabetes. It is expected that in the next 40 years, the number of people diagnosed with AD will triple.

Today, there is still no adequate treatment, and several recent candidate drugs have failed in the final straight line to commercialization. Experts think these failures are not the active ingredients of the drugs, but the late stage of disease in which the drugs are administered. When memory loss and other AD symptoms appear, the disease has already tricked the brain for more than 20 years. Diagnosing in an earlier stage could be the key to better therapy and population-wide screening (screening only makes sense when the diseases can be treated).

However, until today, AD diagnosis is made with expensive and invasive techniques such as brain scans and lumbar puncture, and diagnosis is often only made in the late stage of the disease when patients already have memory loss. Therefore, there is a need for non-invasive and affordable diagnostic tests that can detect AD in the pre-symptomatic phase of the disease, when the chances of effective treatments are thought to be much higher.

The eye, a window into the body

Could the eye be the first to inform us whether someone has AD? The idea to study the eye to learn more about the rest of the body is certainly not new. “The eye is not an isolated organ,” says Karel Van Keer, ophthalmologist at the University Hospital of Leuven (UZ Leuven). “It offers information about the general health of the patient. Because of its transparency, we can analyze in a non-invasive and patient-friendly way. Using the eye as a biomarker for non-ocular diseases has become one of the major research topics in our group.”

For diagnosing AD, two proteins are essential: amyloid-beta (Aβ) and Tau. “A common thread in many neurodegenerative brain diseases is the accumulation of specific proteins in the brains,” explain postdoc researcher Lies De Groef and professor Lieve Moons from the Animal Physiology and Neurobiology division of the University of Leuven (KU Leuven). “These are proteins that also appear in healthy brains. However, because of cell aging and other disease-causing mechanisms we do not yet fully understand, production and clearing processes get out of balance and protein accumulation occurs. That is one of the hypotheses to explain for the so-called Aβ plaque and Tau tangle formation in AD brains.”

If you want to search for these specific proteins in the eye, hyperspectral imaging (HSI) is a crucial tool. Every protein—when struck by light—reflects specific wavelengths. The hyperspectral camera captures this reflected light and analyses this ‘signature’.

That’s why De Groef and Moons, in collaboration with engineers of VITO (an independent Flemish research organization with a focus on cleantech and sustainable development) and the imec hyperspectral team, use a microscope, extended with imec’s high-resolution Snapscan camera. They use this tool to study tissue preparations of mouse retinas, for fundamental research on Alzheimer’s and the retina. The researchers hope to use hyperspectral imaging to determine true ‘signatures’ for brain diseases (Alzheimer’s, Parkinson’s, Huntington’s, …): which proteins stand out because of accumulation or abnormal presence, which combination of proteins is typical for which disease etc.

Another exciting result in the field of retinal AD diagnosis was achieved by the lab of professor Ingeborg Stalmans, Head of the Research Group Ophthalmology at UZ Leuven, in a joint effort with VITO and imec. “The idea to use the eye as a window to the brain is not yet commonplace,” says Ingeborg Stalmans. “There was a lot of controversy and disbelief when a lab in Minnesota published first results in 2015 on the link between retina and AD. Our first project proposals on the topic were rejected because of a lack of proof of concept. It took several more years to convince the community about the potential of retinal examinations to study brain diseases.”

“In a recent study, we differentiated AD patients from healthy individuals by studying the retina,” explains the lab’s Ph.D. Sophie Lemmens who obtained her doctoral degree on this topic. “We quantified the Aβ protein accumulation in the retina with the help of hyperspectral imaging and studied the thinning of the retinal nerve fiber layer—a sign of neurodegeneration—with optical coherence tomography (OCT). By combining these measurements, we could discriminate the two groups.”

Hyperspectral imaging at the blink of an eye

“For this project, we used a snapshot camera from imec. Next to its compactness, the speed of the camera was an indispensable ingredient for the success of this research. For reliable results and to avoid motion artefacts in the image, it is important that the patient doesn’t blink and keeps his eyes in a fixed position,” says Sophie Lemmens. “So, it is important that the acquisition time of our measurement equipment is as short as possible. Since the snapshot camera only needs a few milliseconds to collect the images, it is feasible to use with patients. Also, because only light from the visible spectrum is needed, it is safe to use.”

Engineers from VITO, together with researchers from Stalmans’ lab, combined the snapshot hyperspectral camera with the ophthalmologists’ standard fundus camera to create a ‘super’ instrument with hyperspectral capabilities. Jan Theunis, project manager at VITO’s Health Unit: “Thanks to the fruitful discussions with the imec team, we succeeded in setting up a simultaneous operation of the fundus and snapshot, in achieving a large field of view, in acquiring a good image quality and in adapting the image processing software and correction algorithms.”

Next, the VITO engineers used machine learning techniques to set up and train a model that could discriminate AD from healthy individuals. “The model uses the hyperspectral and OCT measurements to make this decision with 75 to 80% certainty,” says professor Patrick De Boever, former project manager at the VITO Health Unit. The classification model was published in the internationally renowned Alzheimer’s Research and Therapy Journal.

What’s next? A cure for Alzheimer’s?

So what if we could better diagnose Alzheimer’s through an eye examination? Since there is no cure for the disease, only a minority of people at this point would be interested in such a new diagnostic tool.

“The first use will be for clinical trials to select people in a very early stage of the disease and perform patient stratification,” explains Sophie Lemmens. “Experts believe that drugs fail because they are administered too late in the disease’s progression, when too many neurons have already died. We believe that if we could diagnose people 10 to 20 years before developing symptoms, the drugs could be much more effective. Even drugs that today don’t come to market because of disappointing results, could be re-evaluated when early AD patients can be recruited for clinical trials. Follow-up on the success of the therapy in these clinical trials could also be done with this simple retina test. And, once effective treatments are available, hyperspectral retinal imaging becomes a suitable candidate for population-wide screening of patients at risk of developing AD.”

Could we have a retina test in five years?

The team of imec, KU Leuven, UZ Leuven and VITO will continue to work on this project. Better hardware and software will be developed to optimize the ophthalmologist’s ‘extended’ fundus camera. Also, UZ Leuven is collaborating with the lab of professor Peter van Wijngaarden at the University of Melbourne, a leader in retinal diagnosis of AD, and with professor Rik Vandenberghe, head of the memory clinic at UZ Leuven, to further investigate how long before actual symptoms, AD patients develop protein accumulations in the retina. Is it feasible to diagnose 10 to 20 years ahead?

There are surely indications that AD can first be detected in the eye. Evidence for this is given in the paper ‘The AppNL-G-F mouse retina is a site for preclinical Alzheimer’s disease diagnosis and research’ by Lies De Groef and Lieve Moons. They describe that soluble Aβ proteins accumulate in the retina of mice with AD, early in life, and progress to Aβ plaque formation by midlife. The retina of these mice, together with hyperspectral imaging, offers unique opportunities for research into the early stages of Alzheimer’s, such as drug screening.

“Once we can also prove this for humans, and there are drugs available that are effective when administered in this early stage of the disease, people could have a yearly check-up with their ophthalmologist to check for eye pressure, artery quality, … and AD,” says Ingeborg Stalmans. “Just like you have regular screenings today for breast and colon cancer. Doctors could use the eye test to follow-up on the disease, in an objective, quantitative and patient-friendly way. Also, community-based screening, e.g. in the context of general practitioners, pharmacies or health kiosks, would be suitable screening models.”