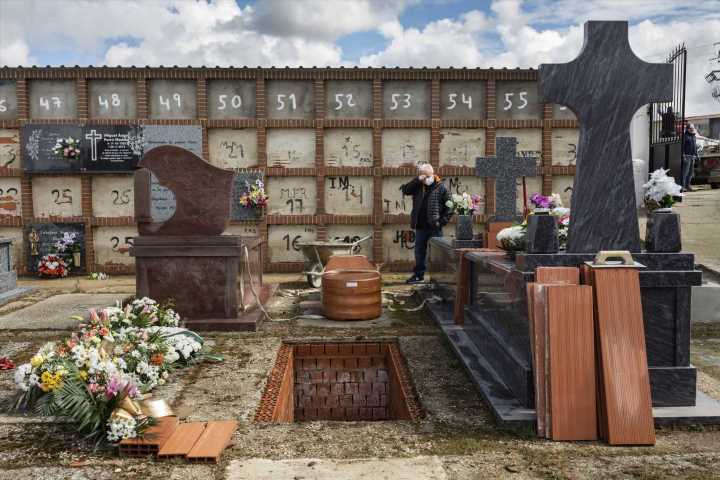 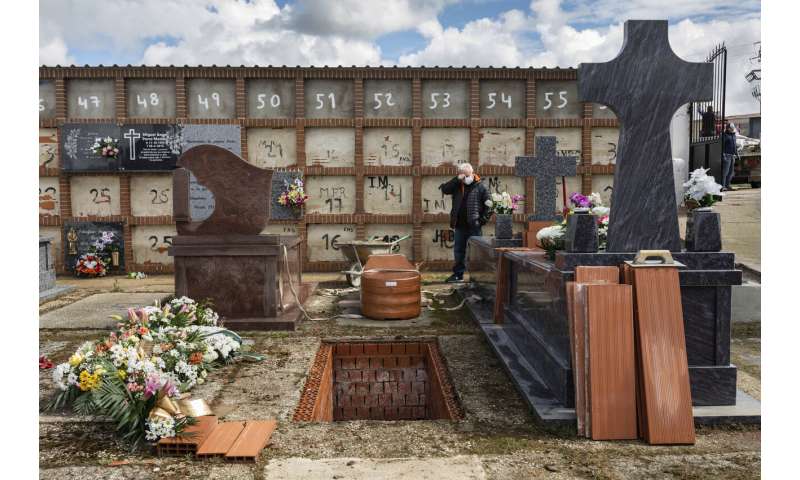 Raquel Fernández watched as cemetery workers lowered her grandmother’s casket into the grave and placed it on top of the coffin of her grandfather, buried just three days earlier.

Eusebio Fernández and Rosalía Mascaraque, both 86, are two of Spain’s more than 10,000 fatalities from the coronavirus pandemic.

Like thousands of other elderly victims in Spain, their deaths this week illustrate one of the darkest realities of the crisis: Doctors at overburdened hospitals in need of more resources are having to make increasingly tough decisions on who gets the best care, and age appears to matter more than ever.

“Due to a lack of resources in this country, they won’t put an 86-year-old person on an assisted breathing machine. It’s simply that cruel,” said Fernández, a nurse. “My grandparents fought all their lives to be happy and build their strength so they could grow old with dignity, so of course this moment is very painful, and it is difficult for us to cope with.”

Her grandparents fell ill with a fever and cough. After staying home for several days as health authorities recommended, their son rushed them to a hospital in Torrejón, east of Madrid, on March 25.

Two days later, Eusebio died of respiratory failure after testing positive for coronavirus. Rosalía died 48 hours later but her test was inconclusive. Neither was put in an intensive care unit or on a ventilator, Fernández said. 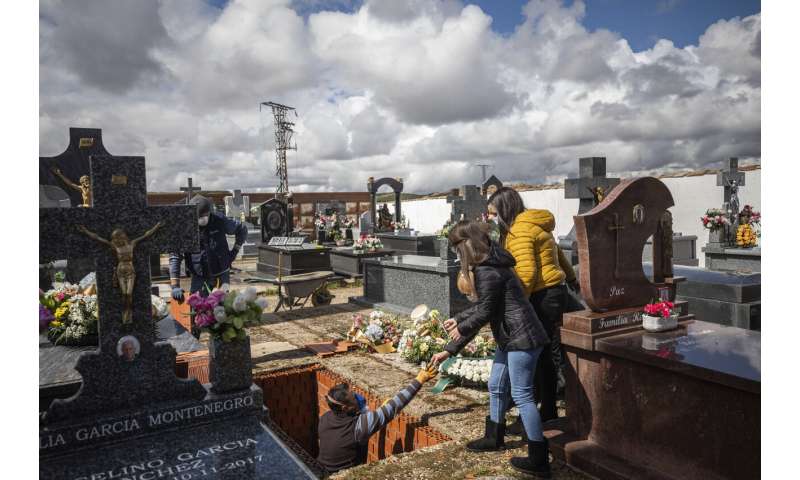 She said her grandmother had a heart condition, but that she believed her grandfather was in excellent health and should have been given more of a fighting chance.

“I understand that between someone who is 30 or 40 years old and my grandfather, they will not choose my grandfather, but if this had happened in another moment, in a health care system that claims to be among the best in the world, this would not have happened,” she said.

The coronavirus causes mild or moderate symptoms for most people, but for some, especially older adults and people with existing health problems, it can cause more severe illness or death.

Spain has recorded 110,238 infections, placing it just behind Italy’s 115,242 cases, which is the most in Europe. The Spanish government said Thursday the country had over 6,000 patients in intensive care.

Agonizing life and death decisions are being made in Madrid and northeast Catalonia, the main hot spots for the outbreak. 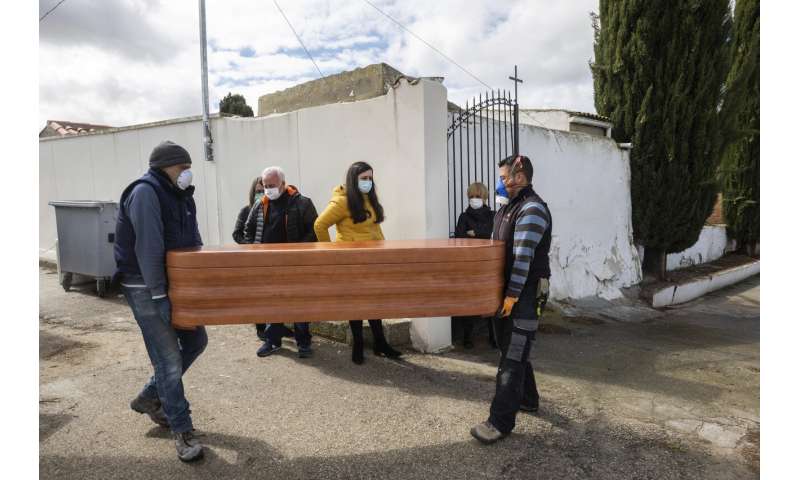 Spain’s Health Minister Salvador Illa said care is being given “based on each patient’s case profile, not their age.”

But two weeks ago, workers in Madrid’s hardest hit hospitals told The Associated Press that patients over 80 were not given priority for ICU beds because of their lower chance of survival.

On Wednesday, guidelines of Catalonia’s medical emergency response service distributed to hospitals and seen by the AP recommended that virus patients over 80 not be intubated. The document said staff should “offer resources to those patients who can most benefit from them as far as years of life to be saved (and) avoid hospitalizations of people with scarce chances of survival.”

Dr. Xavier Jiménez Fàbregas, medical director of Catalonia’s medical emergency system that distributed the guidelines, told AP that age is just one of many factors. He said the guidelines were accepted ethical practices being applied to this crisis, “given the elevated number of patients with respiratory failure.”

The Italian Society of Anesthesiology, Analgesia, Resuscitation and Intensive Care issued 15 ethical recommendations in deciding ICU admissions if beds were in short supply. They called for wartime, triage-type decisions to benefit those with a better hope of survival, not on a first-come, first-served basis. 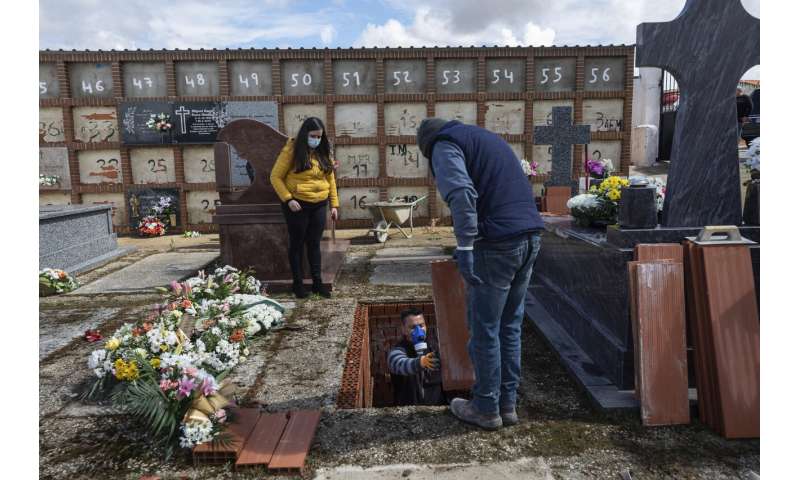 Guidelines previously developed by New York state’s health department exclude some seriously ill people from receiving limited ventilators in major emergencies but note that making old age an automatic disqualifier would be discriminatory. The plans add, however, that given the “strong societal preference for saving children,” age could be considered in a tie-breaker when a child’s life is at stake.

Recommendations published this week by German medical associations in response to COVID-19 also say age alone shouldn’t be a deciding factor. Among the situations where they said intensive care should not be provided if availability is in short supply: if the patient needs permanent intensive care to survive.

Experts also say hospitals must calculate how long a patient might need a hospital bed or ventilator and how many more lives the machine might otherwise save.

In hard-hit areas of France and Spain, patients “are hospitalized only when there is a chance to save them,” said Marc Bourquin of the French Hospital Federation.

Spanish doctors and nurses say they do not dispute that they offer the best care possible to every patient, but they said lack of ventilators and ICU beds amid increased demand have forced them to raise the bar on who gets what treatment. 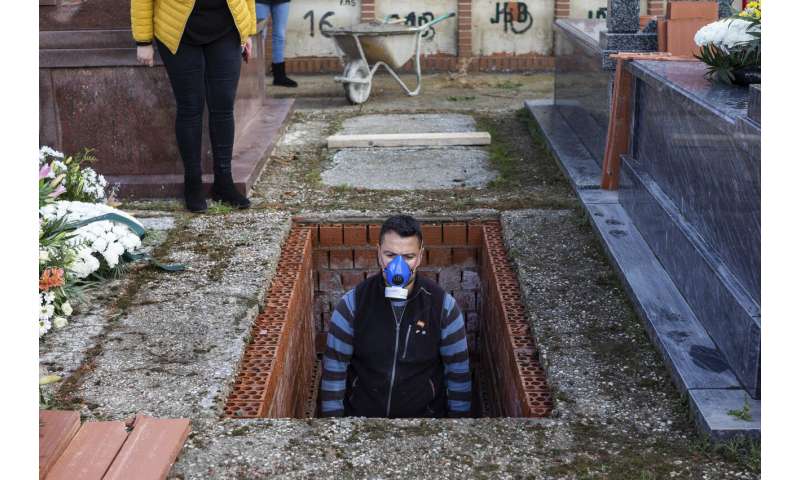 Dr. Olga Mediano of Spain’s Society of Pulmonologists and Thoracic Surgeons said it is not just about saving the youngest.

“You always have to decide the ceiling of care for a patient. You don’t want to put him or her through a treatment if it won’t be good for them,” Mediano told AP. “You would never intubate a patient who is 95 years old. They wouldn’t be able to take it.”

She described the current situation as unique, “with extremely limited resources and a certain number of ventilators, and intensive care units that are overwhelmed. You have to prioritize and see which patients will most benefit from certain treatments.”

She said nearly every hospital in Spain is doing so, “and we are probably being more restrictive in giving access to the ICU than before because we lack beds.”

At her hospital in Guadalajara, Mediano said they are making up for the lack of ventilators by using oxygen masks, and that some patients are responding better than expected. Other hospitals also are doing this, she said. 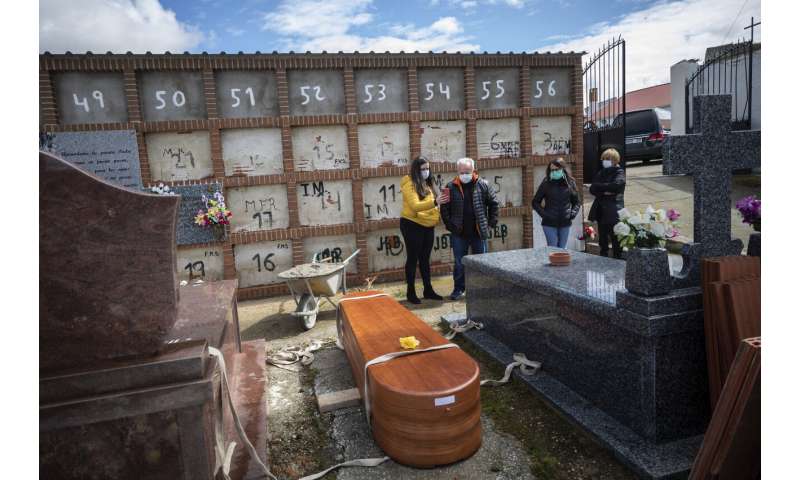 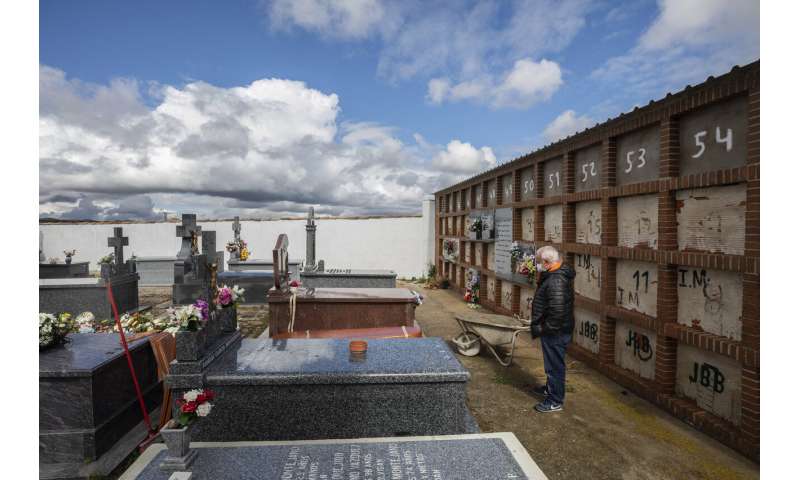 Spain’s public health care system is known for its efficiency and universal care, but it has seen significant budget cuts in the past decade. In 2017, Spain had an average of 9.7 ICU beds per 100,000 inhabitants, compared with 33.9 for Germany in 2017, 25.8 for the U.S. in 2018 and 16.3 for France this year, according to the Organization for Economic Co-operation and Development,

One sign of hope in Spain is that it has recorded the second highest number of patients who have recovered from the virus with over 26,000. Only China, with 76,000, has more.

Health officials also say Spain’s outbreak appears to be “stabilizing,” as indicated by the steady slowdown of the growth rate for new infections. This appears to be due to the stay-at-home rules Spain has employed for over two weeks as part of a national state of emergency.

Hospitals also have rushed to increase capacity, and the number of intensive care beds have tripled in Madrid and in Catalonia.