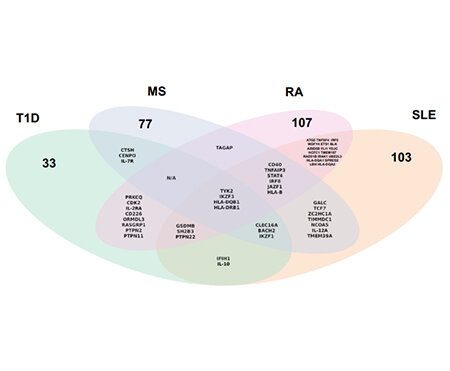 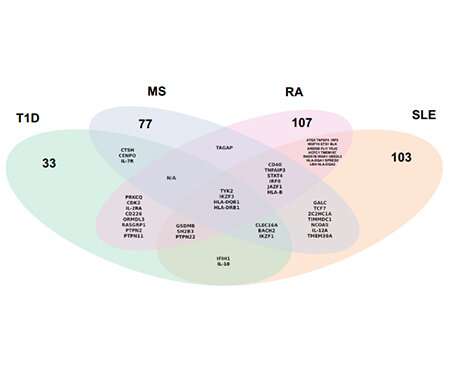 “We must move away from the present “immune-centric-only” view of autoimmune diseases,” explains Eizirik. “Indeed, trying to understand these diseases focusing on the immune system only, and forgetting the target tissues, may be similar to attempting to fly a plane with only one wing.”

Autoimmune diseases, which affect up to 5 percent of the population in different regions, suffer from a case of mistaken identity. The immune system is supposed to protect us from infectious diseases or tumors. Yet, during autoimmune diseases the immune system mistakenly attacks and destroys components of our body, which then causes, for example, type 1 diabetes (T1D), systemic lupus erythematosus (SLE), multiple sclerosis (MS) or rheumatoid arthritis (RA). These four autoimmune diseases share almost half of the same genetic risks, chronic local inflammation and mechanisms leading to target tissue damage.

“This research is significant in reaching the JDRF’s mission to cure, treat and prevent T1D,” said Frank Martin, Ph.D., JDRF director of research. “Discovering the common pathways of tissue destruction across multiple autoimmune diseases will dramatically accelerate our path to a cure for T1D. Drugs that are effective in one autoimmune disease could be equally beneficial for another and quickly repurposed to make a big impact for people living with that disease. Characterizing the similarities and differences between multiple autoimmune diseases has the potential to transform the way we treat and cure these diseases in the future.”