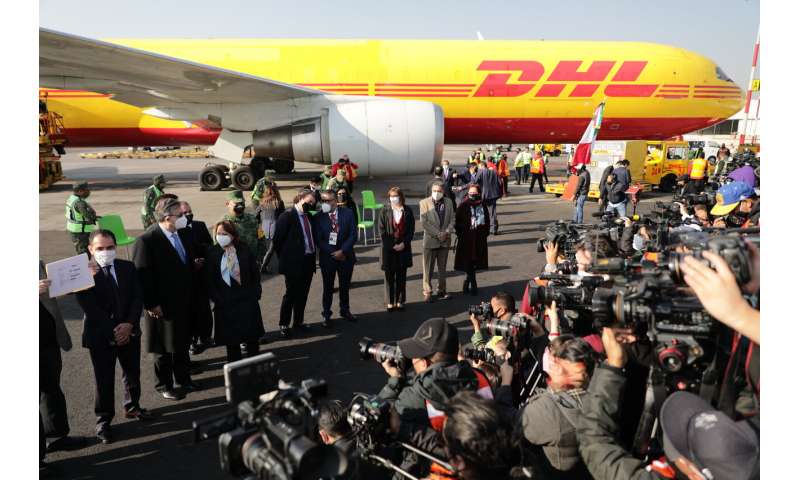 The first formally approved batch of COVID-19 vaccine to arrive in Latin America was met with ceremonies fitting a VIP on Wednesday: flags, television cameras and Cabinet-level dignitaries lined up along the runway.

A DHL flight touched down at Mexico City’s international airport and ground crew unloaded the first batches of ultra-cold vaccines produced by Pfizer and its German partner, BioNTech.

“Today is the beginning of the end of that pandemic,” said Foreign Secretary Marcelo Ebrard, one of the officials who came to see the plane land.

The first vaccines were due to be given to health workers in Mexico City and the northern city of Saltillo starting on Thursday.

Officials didn’t say how many doses were in the first shipment, which was meant to test logistics procedures.

Shipments of the Pflizer vaccine are scheduled to arrive in some other Latin American nations this week and vaccine candidates from other producers have already arrived in Brazil and some other nations pending formal approval by their health authorities.

Mexico expects to receive 1.4 million doses of the Pflizer-BioNTech product by the end of January. 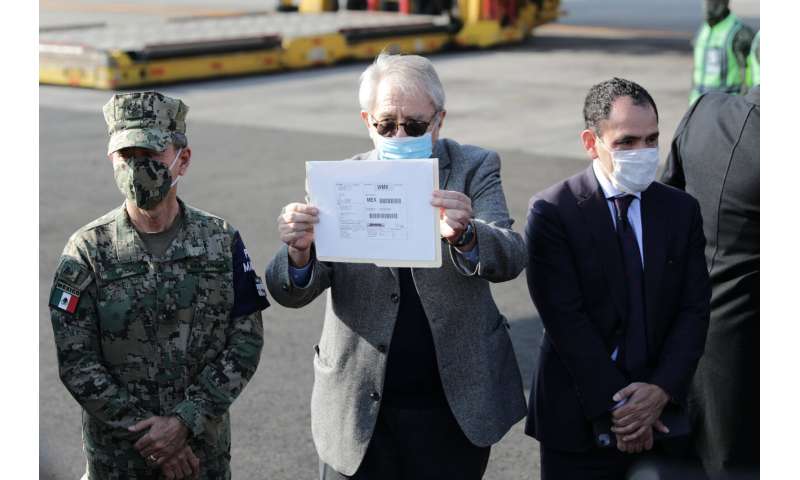 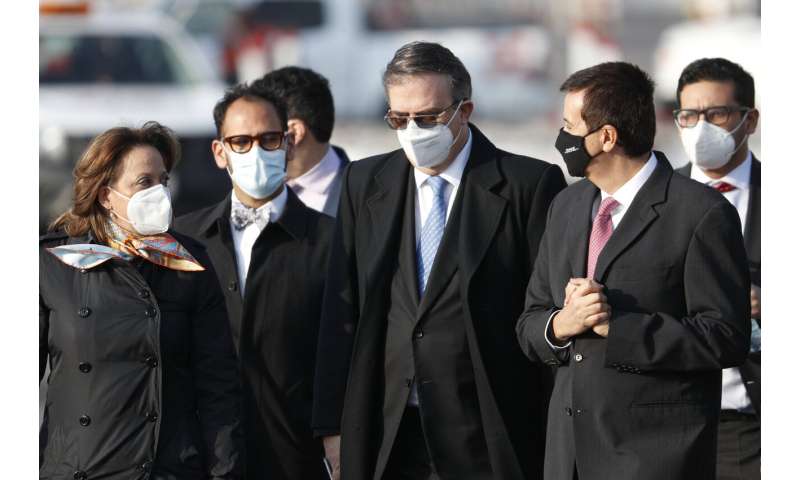 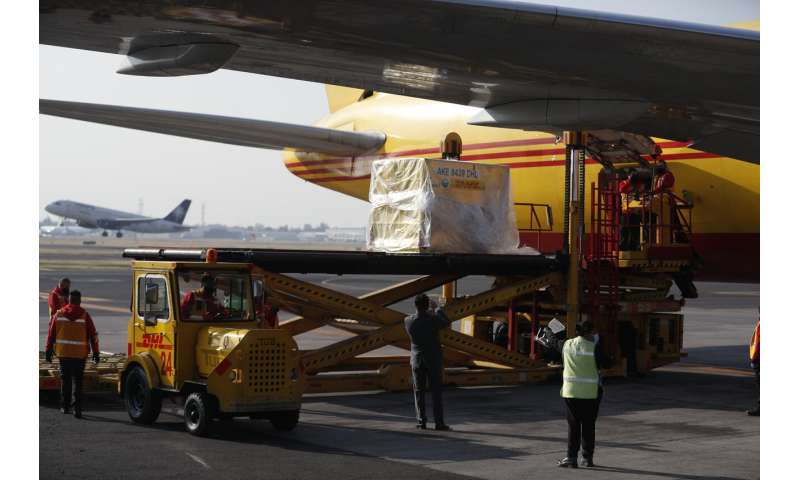 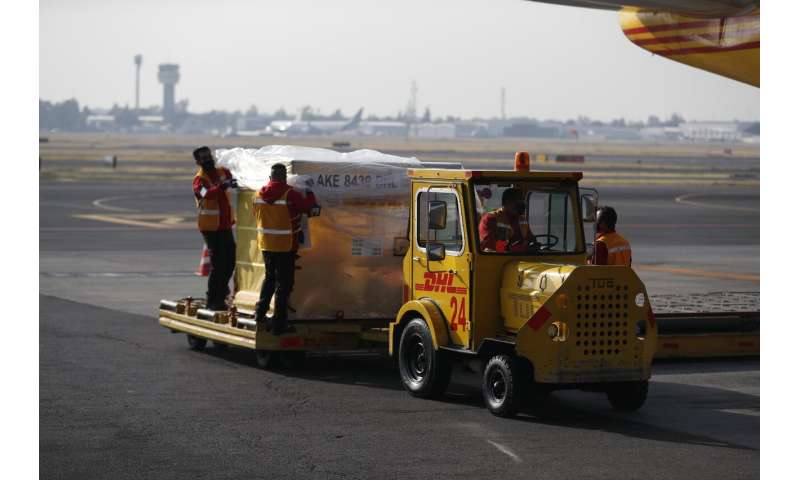 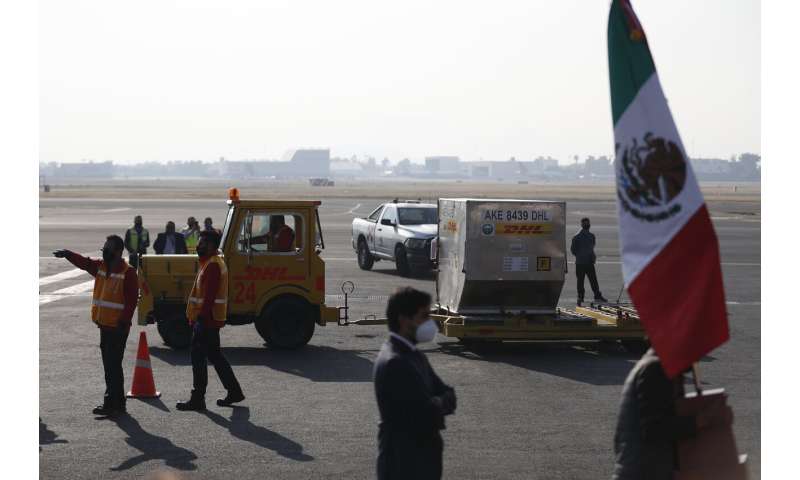 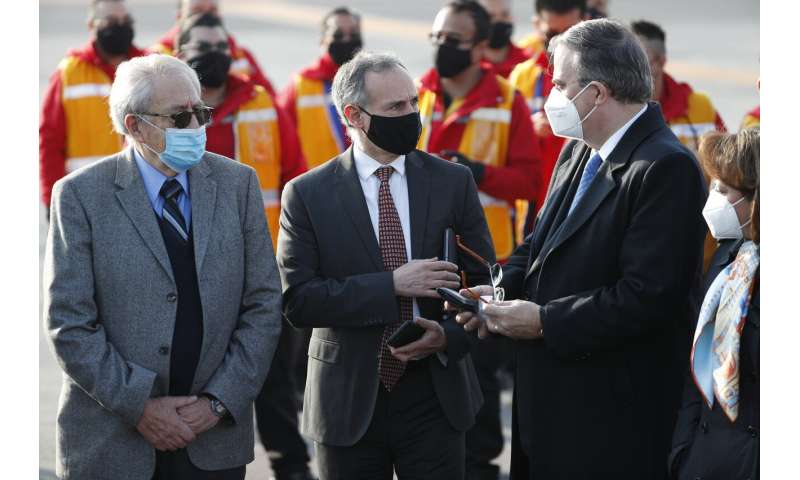