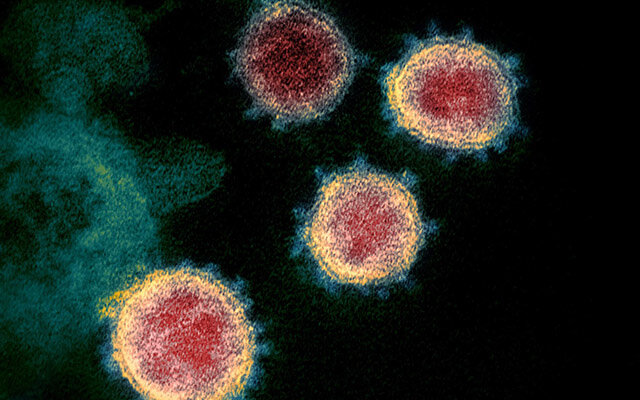 A team of researchers from Los Alamos National Laboratory, Sheffield Teaching Hospitals NHS and the Duke Human Vaccine Institute and Department of Surgery has found 14 mutations to the SARS-CoV-2 virus, one of which they suspect might be more easily spread. In the interest of speedy dissemination of findings, the group has uploaded their paper to the bioRxiv preprint server rather than waiting for peer review at another journal.

The work involved analyzing the genomes of the virus found in 6,000 infected people from around the globe. They focused most specifically on the virus genes that are responsible for producing the “spike protein,” which is the mechanism the virus uses to attach to human cells. In so doing, they found 14 mutations, but one they named D614G (also known as G614) stood out because it was found in almost all samples outside of China. It was also particularly notable because it appeared to replace a prior mutation called D614. They also noted that in the original outbreak in China, there were only D614 mutations. It was only after the virus began appearing in Europe that the G614 mutation emerged. They suggest that the fact that the G614 virus took over from the prior mutation could mean it is more easily spread. Notably, after the mutation appeared in Europe, the G614 mutation began appearing in samples from other sites around the world, suggesting that this new strain is behind the global pandemic.