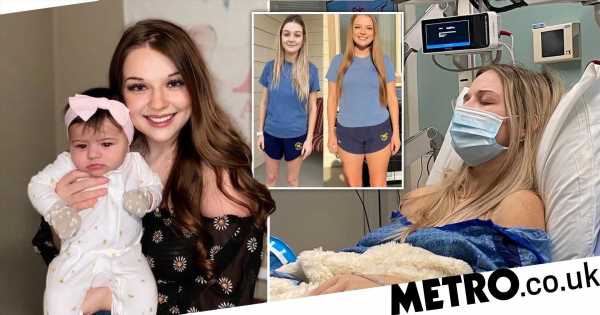 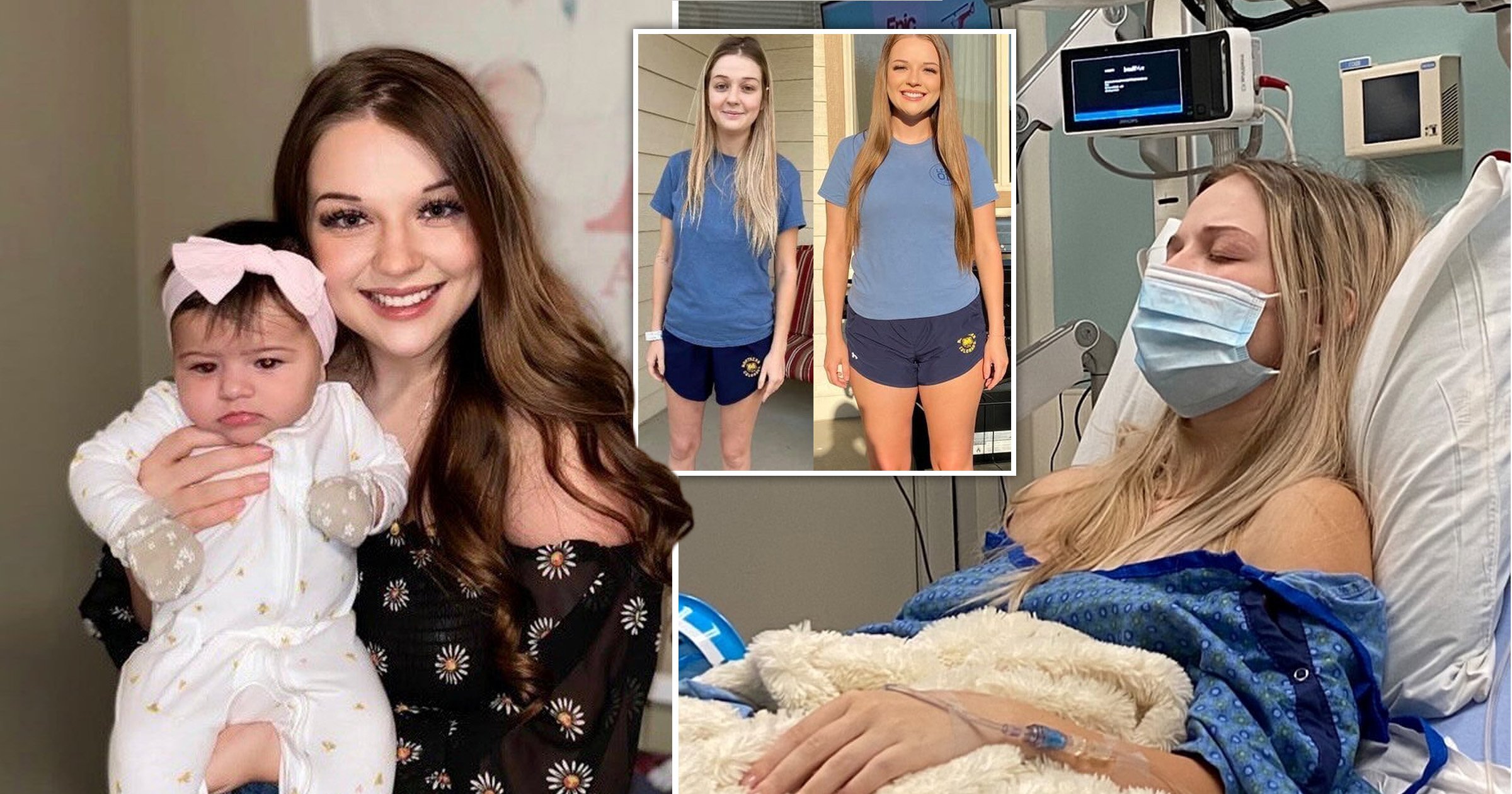 Sickness during pregnancy is incredibly common.

But one woman’s condition saw her vomiting an average of 80 times a day.

Breanna Schroeder, from Colorado, battled through 39 weeks of excessive nausea and sickness – after being diagnosed with Hyperemesis Gravidarum (HG) in the early stages of her pregnancy.

The 19-year-old originally went to hospital with crippling stomach pain, which was making her vomit.

After carrying out a variety of tests, doctors told Breanna she was three weeks pregnant.

Medics thought the young mum was initially suffering with morning sickness but, by the seventh week, Breanna was vomiting around 80 times daily.

This number rose to 130 during the worst periods of her pregnancy.

Breanna spent most of these days sitting by the toilet, unable to move or eat.

She says: ‘I couldn’t comprehend what was happening to my body.

‘On my worst days I would lose count of how many times I’d been violently sick at around 130, at which point I was throwing up bile and blood.

‘The vomiting got so bad that I permanently damaged the lining of my stomach and tore my oesophagus.

‘The most I could eat was one frozen plain waffle every three days, and eventually I started receiving fluid injections to replace my diet.’

As the weeks went on, Breanna was prescribed several different medications. At one point, she was taking 15 different types at the same time – but doctors still couldn’t find the right combination to help her agony.

Towards the end of her pregnancy, Breanna had lost 36% of her body weight and was so dehydrated and malnourished that she entered the early stages of multi-organ failure.

She was also diagnosed with anaemia, due to a severe iron deficiency in her blood, and her low potassium levels caused permanent heart damage.

At 39 weeks, Breanna gave birth to a healthy baby daughter – which she and her partner named Adela – and shortly after her arrival, the new mum’s nausea began to fade.

Now, five months on, Breanna is almost fully recovered and is passionate about raising awareness of HG.

She says: ‘When I look back on my pregnancy, my immediate thought is I wouldn’t wish that upon anyone.

‘I want to raise awareness about HG as well as funding for research that will help medical professionals understand more about the condition.

‘I hope that in the future other pregnant women with HG receive better treatment than I did, and they don’t suffer as I suffered.

‘The most important thing now is that Adela is happy and healthy, and having her as my wonderful daughter has made it all worth while.’