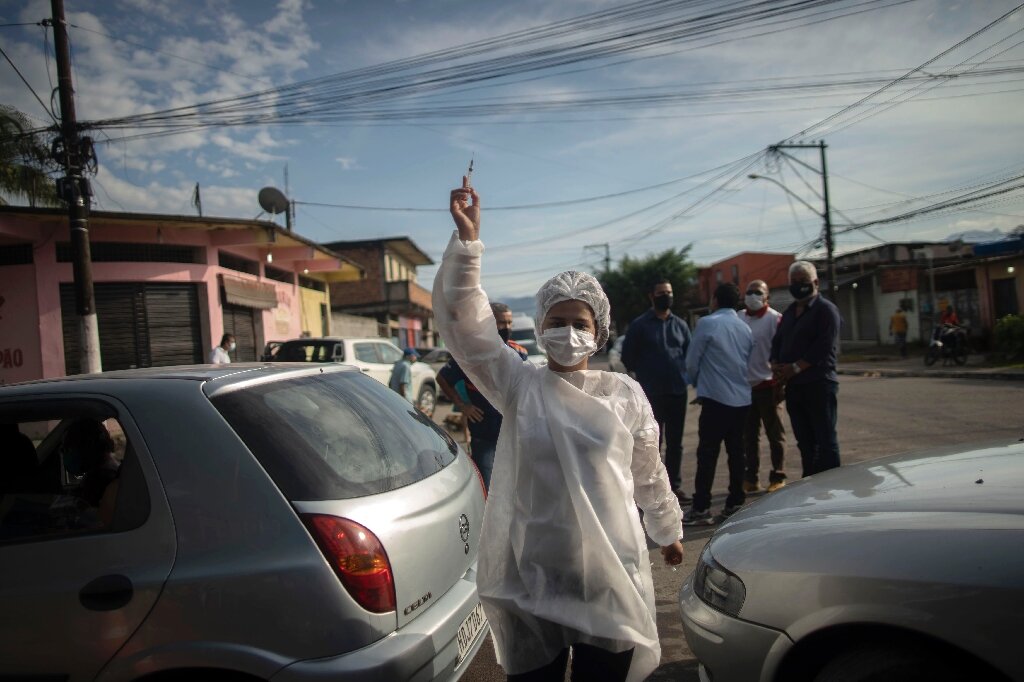 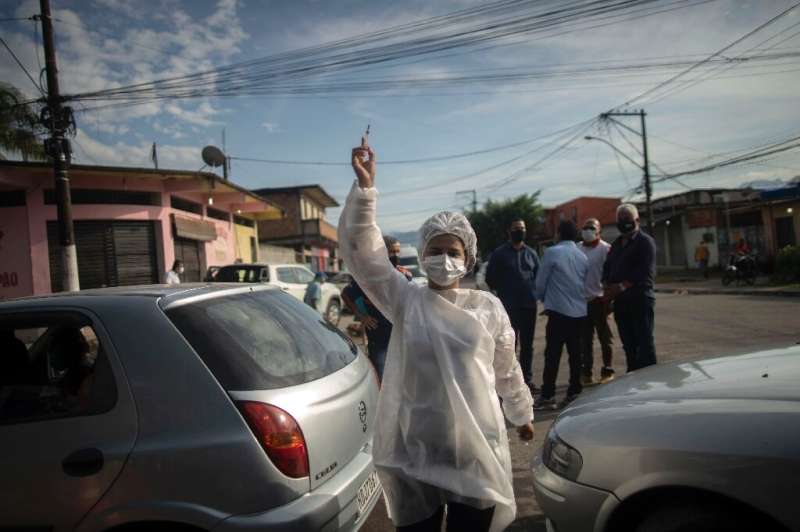 Two Chinese coronavirus jabs are safe and effective, WHO experts said Wednesday after reviewing partial data, providing a potential boost to countries from Australia to Europe struggling to roll out vaccines fast enough.

Fewer than 600 million jabs have been given out across the world, three months after vaccination programmes began in earnest in Western countries and leaders hailed the drugs as the only safe way out of punishing lockdowns.

Vaccine specialists at the World Health Organization did not issue any advice on how to use China’s jabs, saying they would wait until a decision had been taken on whether to grant them emergency licences.

The experts said the vaccines from Sinovac and Sinopharm “lacked data” for older age groups and people with medical conditions other than COVID.

Another vaccine maker, Pfizer-BionTech, was pushing ahead with its plans to ramp up production and rollout—saying on Wednesday new data from the US showed its jab was 100 percent effective on 12 to 15-year-olds.

The firm said it wanted to start vaccinating youngsters in the US before the start of the next school year.

The US has already rolled out almost 150 million vaccines doses, far more than any other country. But it has also suffered more than 550,000 deaths, the highest death toll in the world.

Globally, the virus has killed more than 2.8 million people since it emerged in the Chinese city of Wuhan in late 2019. 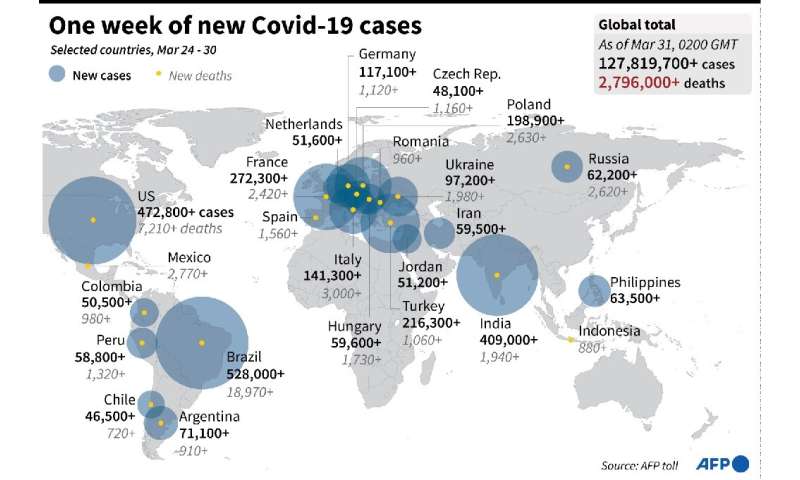 Large parts of Europe are battling high infection rates, with most of the continent still living under lockdowns or other restrictions.

French President Emmanuel Macron, who has repeatedly vowed not to reintroduce a national lockdown, is under increasing pressure.

He is expected to announce tougher measures—possibly including school closures—later Wednesday.

“Since January, we have had political decisions with no scientific coherence,” said Gilles Pialoux, head of infectious diseases at one Paris hospital.

“We’ve lost so much time that the measures now will be harder and last for longer.”

The cycle of restrictions and infections is not over in China either, where a city on the Myanmar border faces lockdown—the first such move in months.

All residents in the city of Ruili will be tested for the virus and everyone will have to observe “home quarantine” for a week after six cases were detected, say officials. 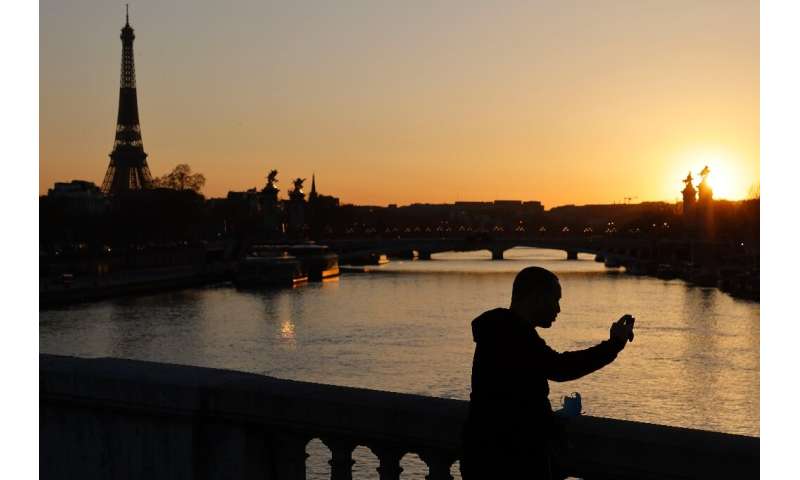 Australia, largely free of COVID infections, still faces a huge challenge to get jabs into arms, especially since some countries have started blocking exports to what they regard as a low-risk region.

So far, just 670,000 doses have been administered, well below initial plans to vaccinate four million people by the end of March.

“It’s not a race,” said Prime Minister Scott Morrison, accusing critics of “wanting to play politics with vaccine and distribution”.

Even further behind is war-torn Yemen, which accepted its first delivery of jabs on Wednesday.

Doctors Without Borders (MSF) said it had seen a “dramatic influx” of critically ill COVID-19 patients in Aden and other parts of Yemen.

With the rest of the world scrambling to catch up with the US, the positive signals from the WHO on the Chinese jabs could be crucial.

However, WHO experts pointed out that neither had yet received authorisation by what the UN agency considered “a stringent regulatory authority”. 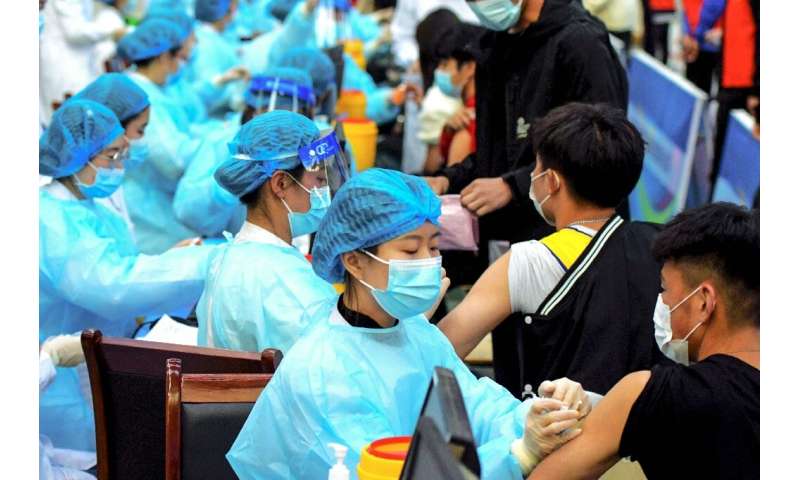 The EU’s drug regulating agency said Wednesday it had found no specific risk factors connecting the AstraZeneca vaccine to reports of blood clotting.

But the European Medicines Agency added: “A causal link with the vaccine is not proven, but is possible and further analysis is continuing.”

Some EU countries have restricted access to the vaccine over reports of blood clotting.

The COVID crisis has pushed health systems to the brink, brought huge challenges for policymakers and devastated the global economy.

But Britain released economic data suggesting it had bounced back stronger than expected in the second half of last year. Overall output expanded by 16.9 percent in the third quarter, stronger than the 16.1 percent predicted.

Longer-term prospects for women in the world economy look gloomier however, according to the World Economic Forum.

While the forum’s 2019 Global Gender Gap Report had suggested gender parity would be reached in many sectors in less than a century, this year’s report pushes it back to 135.6 years.