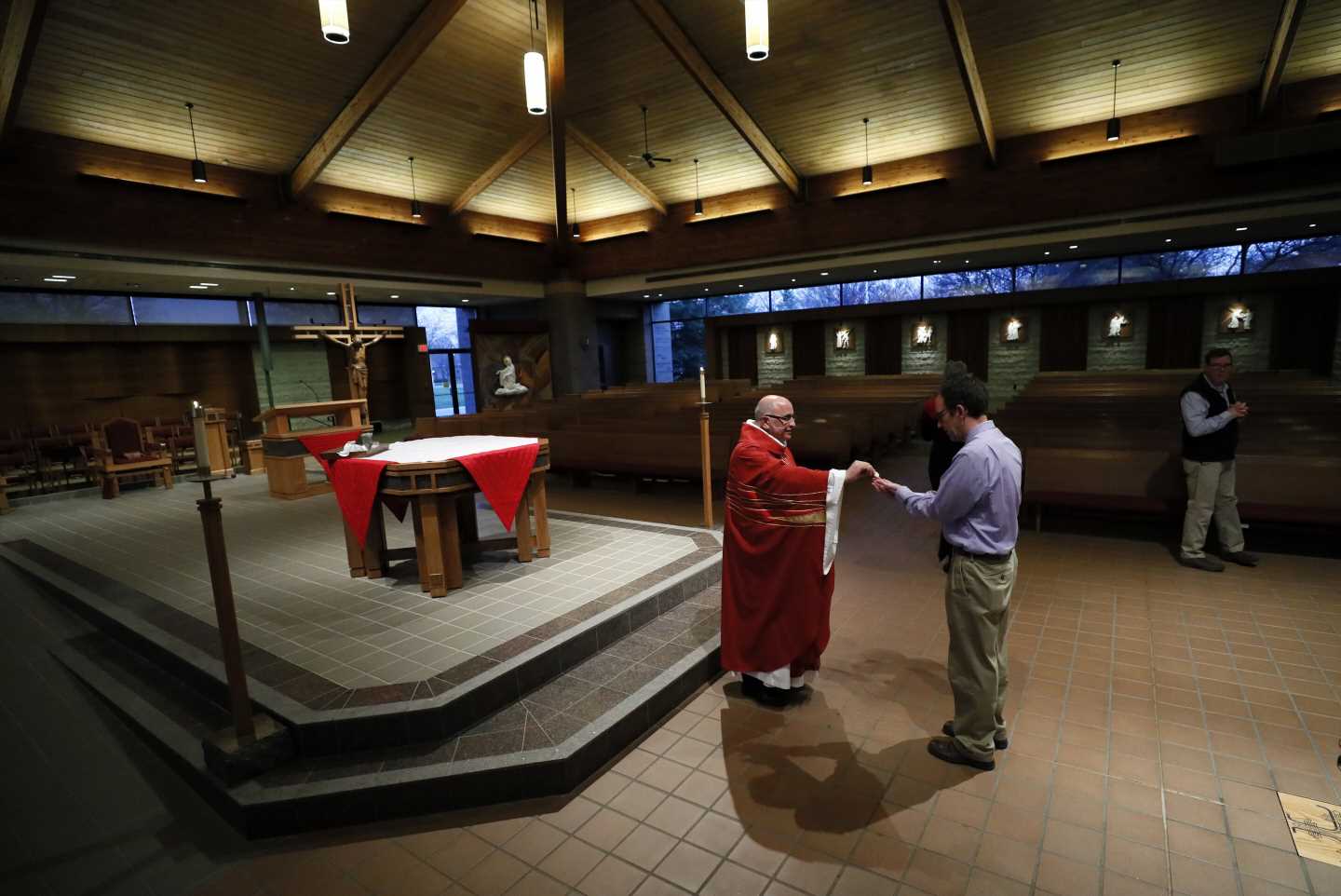 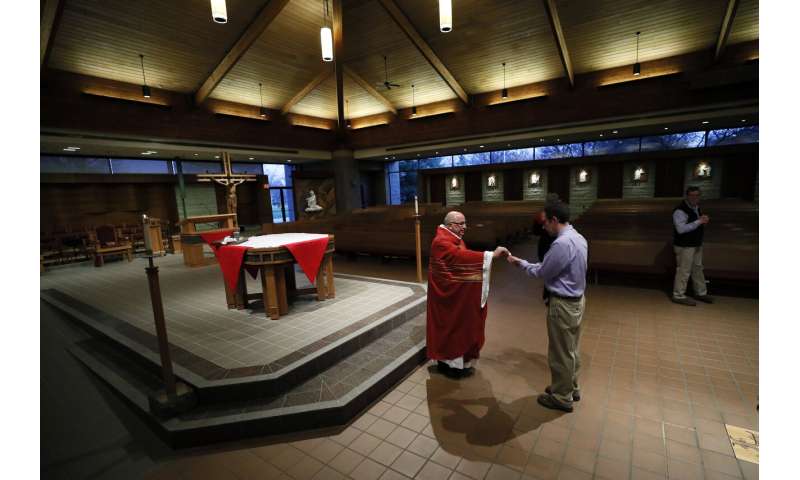 The U.S. warned of many more coronavirus deaths in the days ahead as the global pandemic muted traditional observances from family grave-cleaning ceremonies in China to Palm Sunday for many Christians.

Italy and Spain, the two hardest-hit European nations, expressed hope that the crisis was peaking in their countries, though Italian officials said the emergency is far from over as infections have plateaued but not started to decline.

A chaotic scramble for desperately needed medical equipment and protective gear engulfed the United States, prompting intense squabbling between the states and federal government at a moment the nation is facing one of its gravest emergencies.

New York Gov. Andrew Cuomo praised China for facilitating a shipment of 1,000 ventilators, as President Donald Trump said states are making inflated requests for supplies and suggested he had a hand in the shipment. Cuomo acknowledged asking the White House and others for help negotiating the ventilators.

“We have given the governor of New York more than anybody has ever been given in a long time,” Trump told reporters in Washington.

Trump warned Saturday that the country could be headed into its toughest weeks, but also said he’s eager to get it reopened and its stalled economy back on track. 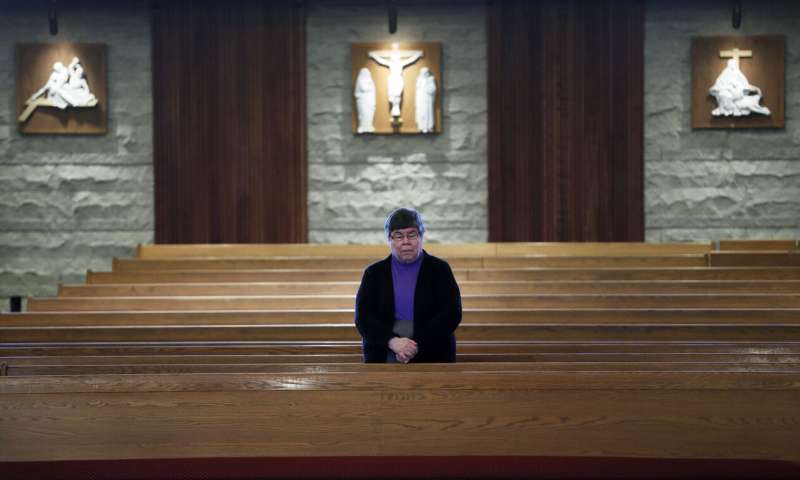 “There will be a lot of death, unfortunately,” the American president said in a somber start to his daily briefing on the pandemic. “There will be death.”

The number of confirmed infections topped 1.2 million globally, and the death toll neared 65,000, according to a Johns Hopkins University tracker. The virus causes mild to moderate symptoms such as fever and cough in most patients, who recover within a few weeks. For some, especially older adults and people with existing health problems, it can cause more severe illness such as pneumonia and death.

The number of people infected in the U.S. has soared to more than 300,000 as the fatalities climbed past 8,400. Many of the victims are in New York City, but the outbreak is deepening elsewhere too. More than 400 people have died in Louisiana, where state authorities have been sprinting to find ventilators. Michigan has more than 14,000 infections and 500 deaths, mainly in Detroit. 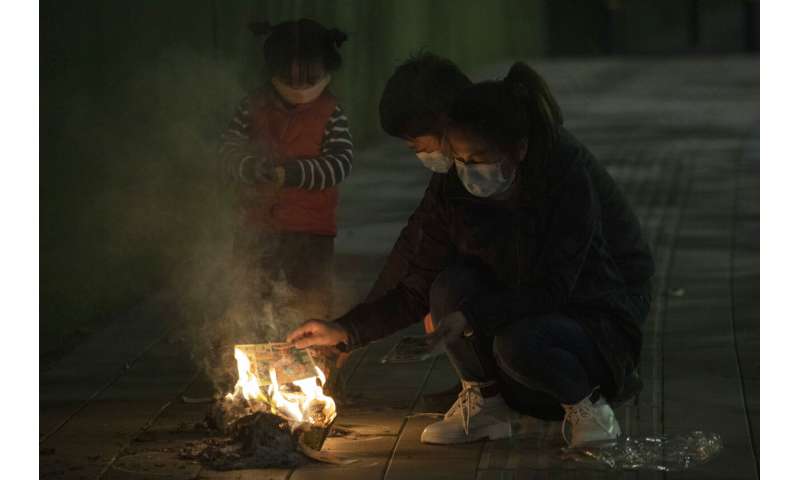 New infections have slowed in Italy, with 4,805 new cases registered Saturday to bring its official count to 124,632. The death toll, the highest in the world, rose to 15,362.

In Spain, which has a similar number of infections, Prime Minister Pedro Sánchez said that his nation is “starting to see the light at the end of the tunnel.” He said in a televised address that if current trends continue, experts say Spain can begin reducing the outbreak in the coming days.

The spread of the disease has largely subsided in China, where the first cases were reported in December, but officials have moved cautiously to reopen public spaces.

The Beijing government said Sunday that about 78,000 people had visited cemeteries in the Chinese capital for annual “tomb-sweeping” ceremonies, down 90% over the same period last year. Visitors were required to reserve in advance to limit numbers, and more than 13,000 paid respects to the deceased online through a portal that allows them to light a candle, burn incense and offer wine and flowers, all virtually. 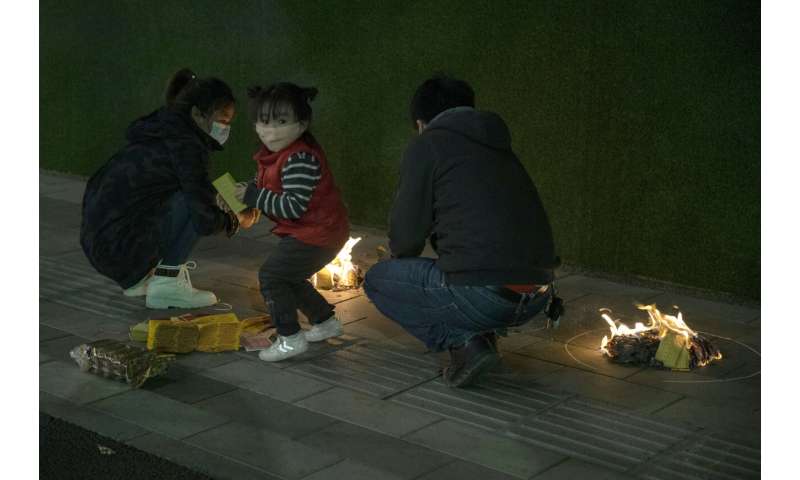 For Christians, worries about the coronavirus have triggered widespread cancellations of Holy Week, from Palm Sunday to Easter on April 12.

Pope Francis will be celebrating Mass for Palm Sunday, Holy Thursday and Easter in a near-empty St. Peter’s Basilica, instead of the huge square outside filled with Catholic faithful. In his native Argentina, the archbishopric of La Plata encouraged the faithful to use any type of plant at home for a “virtual” blessing during a livestream of Palm Sunday service.

Guatemala has prohibited travel, except for work, and banned spending time at the beach during Holy Week, a traditional spring holiday. Sales of alcohol to the public is also being banned.

Bulgarian officials have called on the country’s Orthodox Christian majority to stay away from church services during the Easter holidays. The Bulgarian Orthodox Church is resisting calls to close houses of worship, the only denomination in the country to do so. 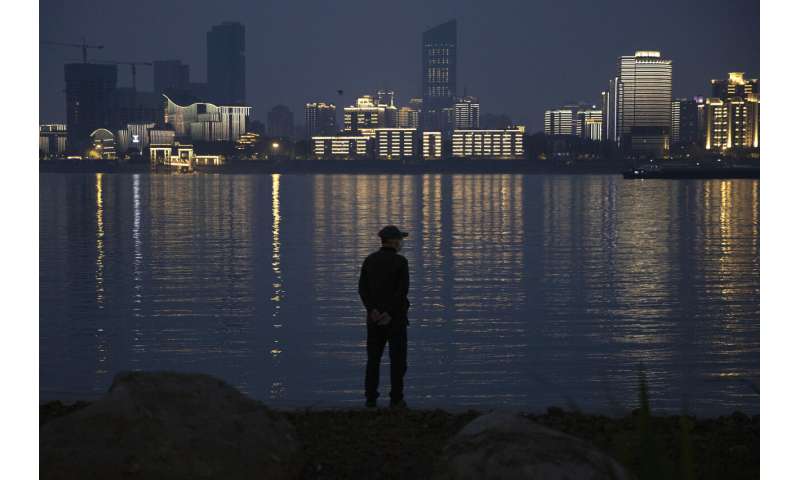 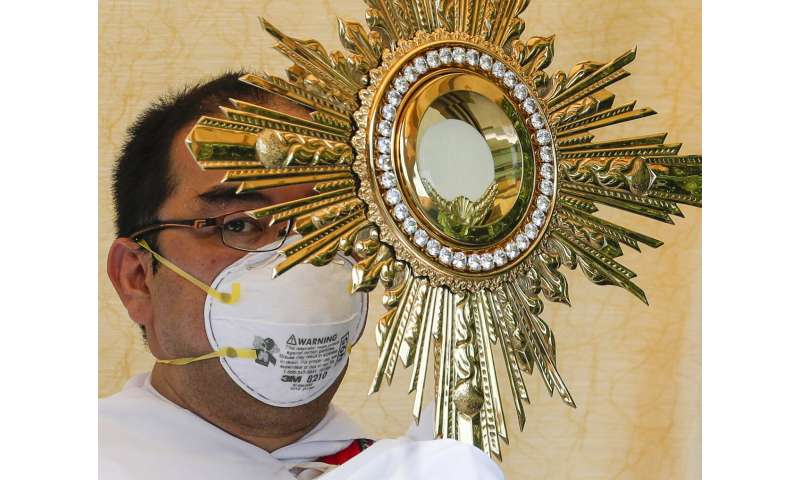 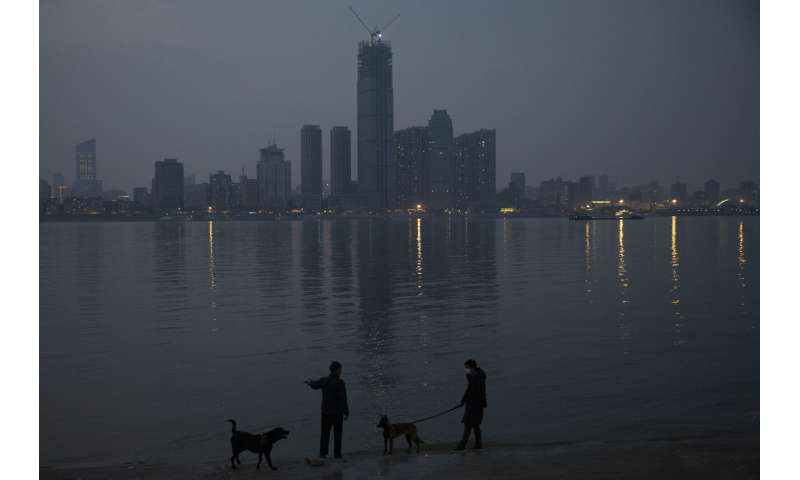 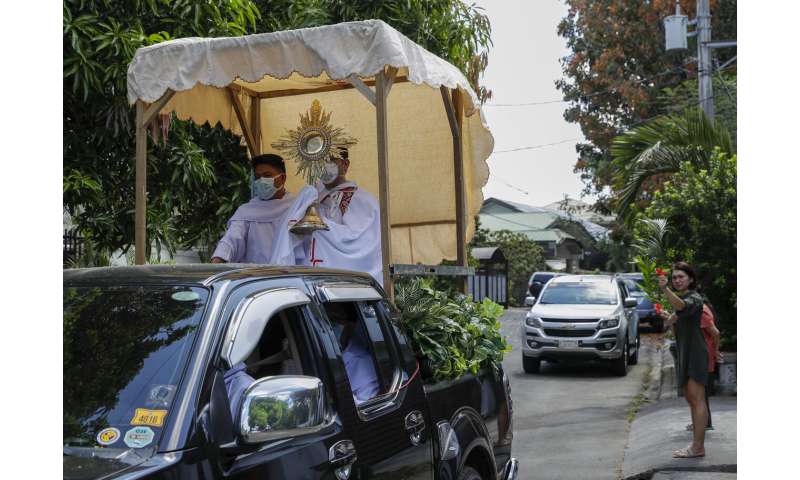 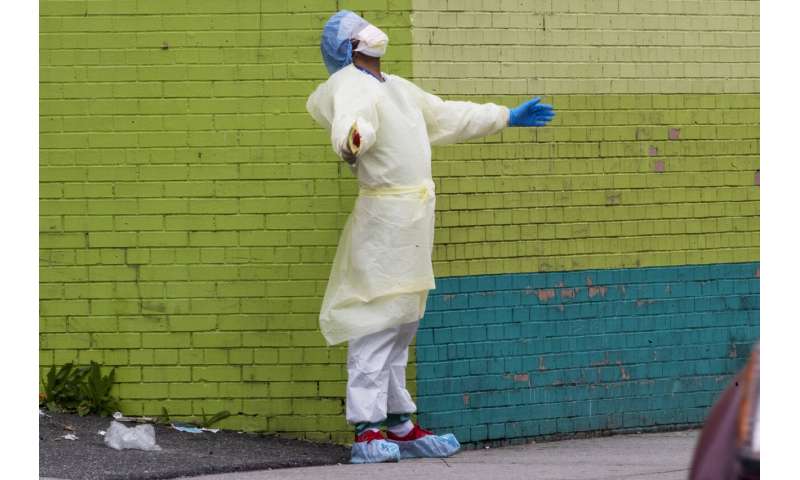 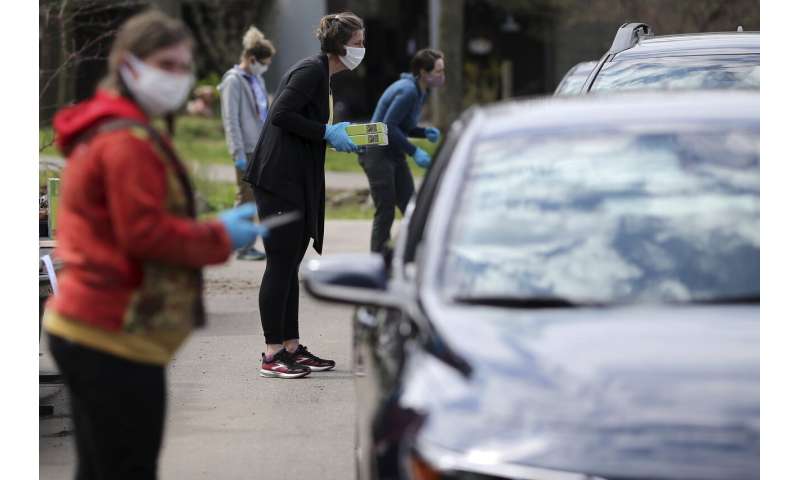 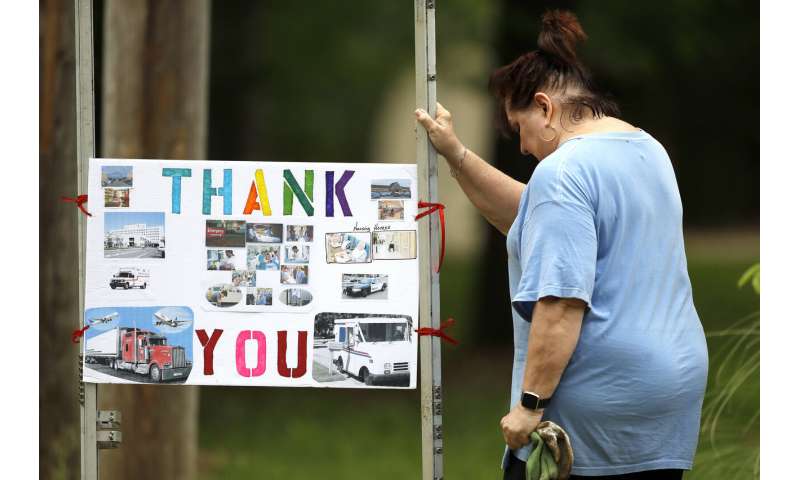 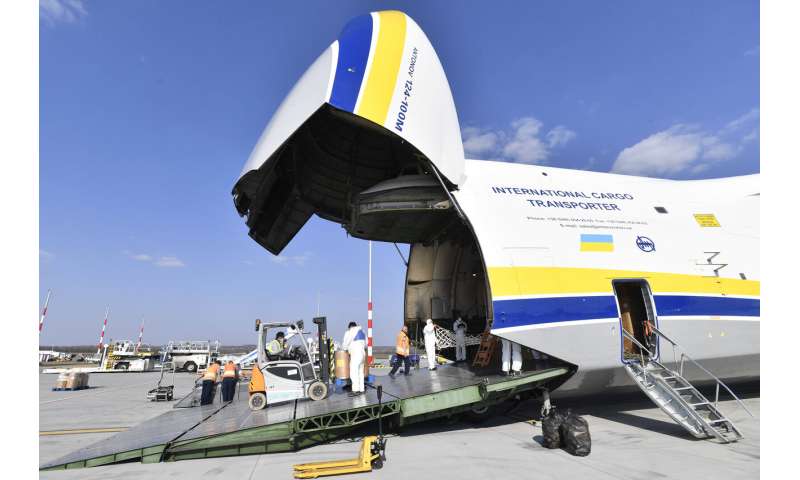 “We urge all Bulgarian citizens not to treat Palm Sunday and Easter as holidays,” said Bulgarian crisis team leader Ventsislav Mutafchiyski. “Do not go anywhere.”

Countries with overcrowded prisons are releasing inmates to reduce the coronavirus risk.

Britain said it would temporarily release about 4,000 low-risk inmates and give them electronic tags. According to official figures, 88 inmates and 15 prison staff have tested positive for the disease. Britain’s prison population of more than 80,000 is one of the largest in western Europe, and many prisons hold far more inmates than they were designed for.