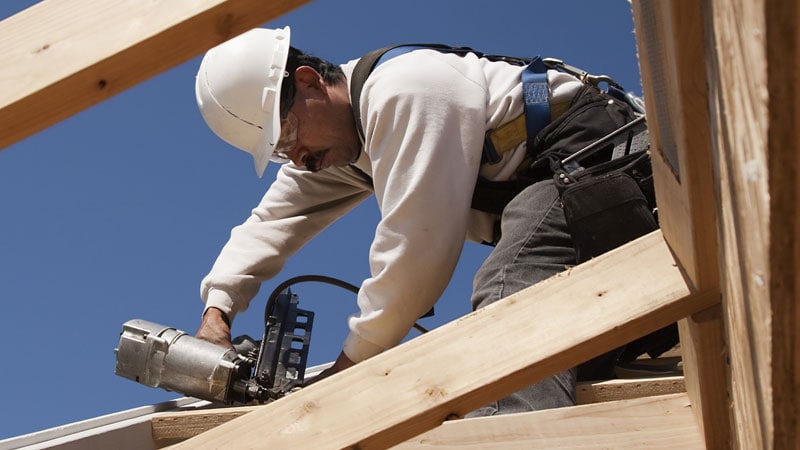 Investigators found manual laborers had a twofold increased risk for the fatal neurodegenerative disease, possibly because of the intense or sustained physical effort these jobs require.

“Our study provides evidence that manual laborers are twice as likely to be diagnosed with ALS,” Ruben J. Cauchi, PhD, senior lecturer in physiology and biochemistry at the University of Malta School of Medicine in Msida, told Medscape Medical News. “Those who work in sectors such as construction and carpentry are more prone to develop bulbar-onset ALS, a form of the disease with a dismal prognosis.”

ALS typically presents with weakness in the bulbar muscles, the limbs, or both. Progression is rapid, and patients often die of respiratory failure.

Although researchers have examined the potential associations between environmental exposure and risk for ALS, these findings are not definitive. Over the years, several studies have suggested an association between professions associated with physical labor and increased risk for ALS. However, other studies have failed to support this association.

To examine the potential link between occupation and ALS risk, the investigators conducted a population-based, case–control study design in Malta.

The country is an advantageous setting for a study of ALS risk, said Cauchi, because of its geographical and cultural isolation and its reduced genetic diversity. The annual incidence of ALS in Malta is similar to the median annual incidence in Europe.

The investigators recruited participants from 2017 through 2020, identifying a total of 38 ALS cases. All participants met the revised El Escorial criteria for ALS.

Do Genetics Play a Role?

Occupation differed significantly between cases and controls. Approximately 74% of cases had blue-collar jobs vs 44% of controls.

When the investigators examined ISCO classifications, they found that the craft and related trades were associated with ALS (odds ratio [OR] = 17.50, P = .0350). These occupations include carpentry and construction. In addition, bulbar onset was significantly more prevalent in these occupations than in others (42.9% vs 9.7%, P = .0297).

The investigators plan to investigate whether patients with ALS who were exposed to strenuous jobs have a unique genetic makeup that predisposes them to developing ALS.

“Greater knowledge of genetics will allow us to one day issue warnings to individuals who are at a higher risk, ensuring that they avoid jobs that would make them more prone to develop the disease,” he said.

Commenting on the study for Medscape Medical News, Raymond P. Roos, MD, professor in neurologic science of neurology at the University of Chicago, Chicago, Illinois, said the link between ALS, especially bulbar ALS, with certain occupations involving manual work, is not novel and has been previously published. “The finding that this association holds up in the relatively isolated Malta population provides support for this thesis,” he said.

The fact that the study sample was drawn from an isolated island population is one of the study’s strengths, but the relatively small number of patients with ALS makes the investigation more prone to errors, said Roos, who was not involved with the research.

Because some forms of ALS may have different origins than others, “it would have been valuable for the investigators to have screened their ALS patients for genes that cause familial ALS,” he said. Also, explaining how controls were selected could have reduced concerns about potential referral bias.

ALS could be associated with occupations such as carpentry and construction in various ways, he noted.

“One might envision that these occupations lead to oxidative stress in motor neurons, and that this stress can lead to activation of the unfolded protein response/integrated stress response, which could trigger cellular apoptosis,” said Roos. These occupations also could be associated with other risk factors, such as trauma or certain diets.

Whether the results of epidemiologic studies can lead to an understanding of the pathogenesis or treatment of ALS remains an open question.

In the case of AIDS, such studies were critically important in clarifying transmission of the disease,” said Roos. “At present, we unfortunately have few clues as to the cause of sporadic ALS despite the multitude of epidemiological studies.”

Further investigations of inherited ALS may clarify the pathogenesis and treatment of sporadic and familial ALS, said Roos.

Cauchi received support from the University of Malta Research Excellence Fund to conduct the study. Cauchi also received funding from the Malta Council for Science and Technology Internationalization Partnership Award. He and Ross have disclosed no relevant financial relationships.