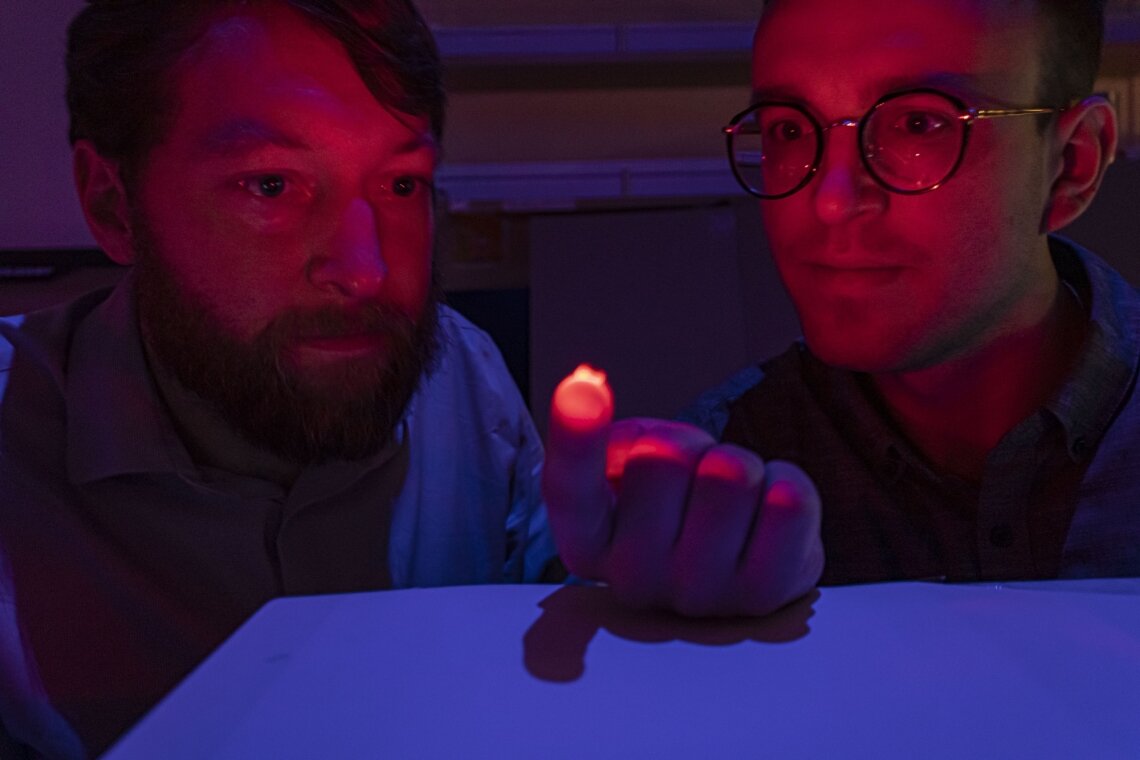 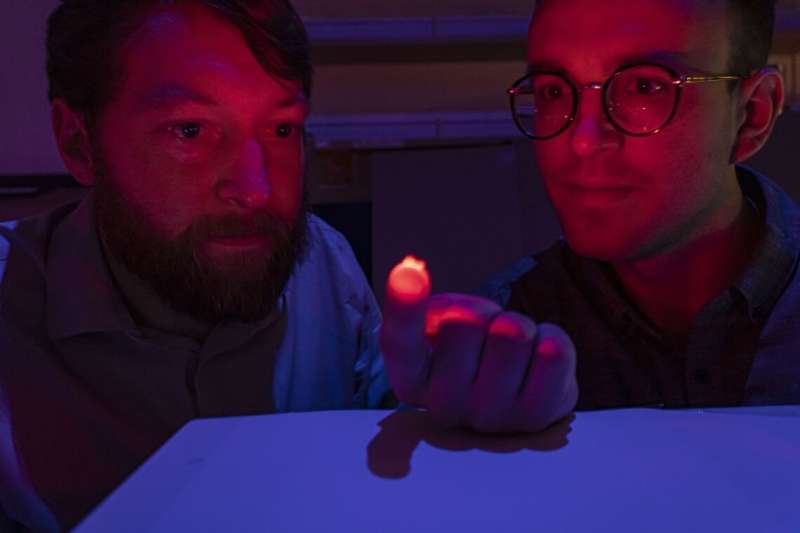 Everything that happens in the brain is a result of neurons sending and receiving signals in complex networks that are not completely understood by scientists. These networks are what allow us to pick up a cup of coffee, laugh at a joke or stand up from a chair. When some neurons do not send and receive and signals properly, it can lead to problems such as epilepsy, depression, addiction and chronic pain.

University of Arizona engineering researchers, led by biomedical engineering professor and Craig M. Berge Faculty Fellow Philipp Gutruf, are creating new tools for a method called optogenetics, which shines light at specific neurons in the brain to excite or suppress activity. Optogenetics experiments are aimed at increasing understanding of how the brain works, allowing scientists to develop and test potential cures for illnesses such as neurodegenerative diseases.

In a new paper published in PNAS, UArizona researchers collaborated with researchers at Northwestern University to demonstrate an untethered light delivery tool to enable seamless optogenetics in the brain.

“This technique means we can use optogenetics without having to penetrate the skull or brain tissue, making it much less invasive,” said Jokubas Ausra, a biomedical engineering doctoral student in the Gutruf Lab and first author of the paper.

Current optogenetics experiments, done in animal models, involve introducing a light-sensitive protein, which attaches to specific neurons in the brain. 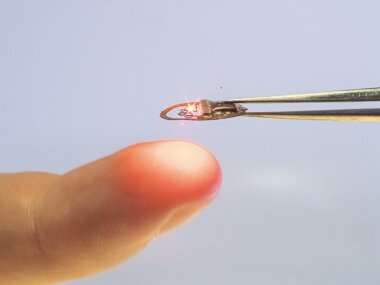 Scientists then use a small device to send pulses of light to only these neurons and modulate their activity. For how powerful the tool is, the basic concept is straightforward: It’s almost like using a tiny, high-tech flashlight.

In the new paper, Gutruf and his team report on the first wireless transcranial optogenetic simulation device that can send light through the skull rather than physically penetrating the blood-brain barrier. The transcranial technique is done using a wireless and battery-free device that’s as thin as a sheet of paper and about half the diameter of a dime, implanted just under the skin.

“This is significant because when optogenetics become available for humans, we have technology that enables seamless light delivery to neurons in the brain or spine,” said Gutruf, who is also a member of the university’s BIO5 Institute. “This means we have a precursor technology that could someday help manage conditions like epilepsy or chronic pain without invasive surgery and chronic use of drugs.”

There is still a long way to go before the technology is available for humans. In particular, progress must be made on methods for introducing light-sensitive proteins into the human brain and periphery.

In the meantime, the breakthrough of a more powerful light delivery method improves scientists’ ability to study subjects under more natural conditions. Because it doesn’t require invasive probes, it also makes optogenetics research more accessible. Now, even labs without a sophisticated array of surgical equipment can help advance the field.