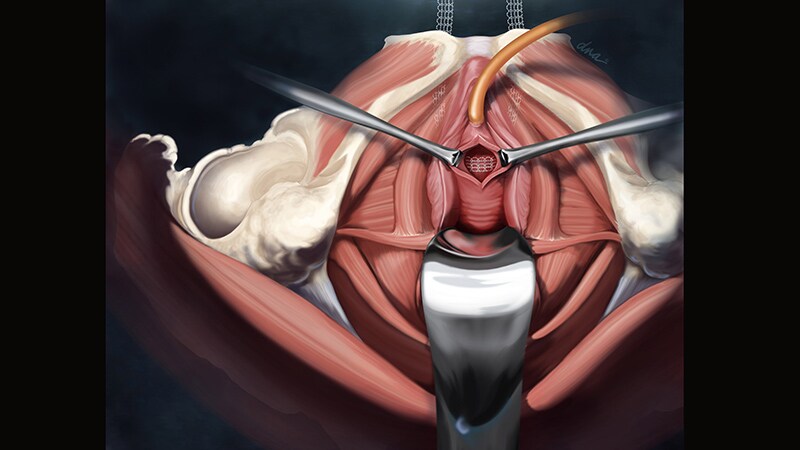 Surgeons may significantly underestimate how long it will take women to return to normal activities following sling surgery to correct stress urinary incontinence, a new study has found.

The researchers found that just over 40% of women reported returning to work and other normal activities within 2 weeks of having undergone midurethral sling procedures ― a much less optimistic forecast than what surgeons typically provide in these cases.

“This is in contrast to a published survey of physicians that showed the majority of surgeons suggested patients return to work within 2 weeks,” Rui Wang, MD, a fellow in female pelvic medicine and reconstructive surgery at Hartford Hospital, Hartford, Connecticut, told Medscape Medical News.

Wang referred to a published survey of 135 physicians that was conducted at a 2018 meeting of the Society of Gynecologic Surgeons. In that survey, 88% of respondents indicated that patients could return to sedentary work within 2 weeks after undergoing sling surgery. Most recommended longer waits before returning to manual labor.

The authors of the survey noted a lack of consensus guidelines and wide variations in recommendations for postoperative restrictions after minimally invasive gynecologic and pelvic reconstructive surgery, which the researchers called a “largely unstudied field.”

Wang said, “The majority of patients may need more than 2 weeks to return to work and normal activities even following minimally invasive outpatient surgeries such as midurethral sling.”

Wang is scheduled to present the findings June 18 at the American Urogynecologic Society (AUGS 2022) Scientific Meeting 2022 in Austin, Texas.

For the new study, Wang and a colleague examined how patients answered questions about their activity levels during recovery after sling procedures. The patients were enrolled in the Trial of Mid-Urethral Slings (TOMUS), a randomized controlled trial that compared two types of midurethral slings used for the treatment of stress urinary incontinence: the retropubic midurethral mesh sling and the transobturator midurethral sling. Results of the trial were published in 2010.

Of 597 women enrolled in TOMUS, 441 were included in the new analysis. Patients who underwent another surgery at the same time as their sling procedure were excluded from the analysis.

Multivariate regression analysis yielded no factor that predicted the timing of returning to normal activity and work. Nor did the researchers observe any significant differences in failure rates and adverse outcomes between patients who returned within 2 weeks or after 2 weeks.

Wang said she expects that the findings will help physicians in counseling patients and setting postoperative recovery expectations. “For patients planning elective surgery, one of the most important quality-of-life issues is the time they will need to take off from work and recover,” she said.

Although most patients needed more than 2 weeks to recover, the median paid time off after surgery was 4 days. “Many patients would have taken unpaid days off or used vacation time for their postoperative recovery,” Wang said.

She added that more research is needed to explore whether that discrepancy disproportionately affects women in jobs with fewer employee benefits. “We did not find that age, race/ethnicity, marital status, occupation, symptom severity, and duration of surgery significantly predicted the timing of return to work or normal activities,” she said. “But are there other factors, such as geographic location, insurance status, income, that may affect this timing?”

Sarah Boyd, MD, an assistant professor in the Division of Female Pelvic Medicine and Reconstructive Surgery at Penn State College of Medicine, Hershey, Pennsylvania, said the new findings add concrete information that can guide patients in planning their recovery.

“Previously, surgeons could only provide general estimates to these patients based on the experience of their patients,” Boyd, who was not involved in the study, told Medscape Medical News.

The analysis has not been published in a peer-reviewed journal, and Boyd said that the findings may not pertain to all individuals who undergo midurethral sling procedures, such as people who have had prior surgery for incontinence or those who undergo surgery for other pelvic floor disorders at the same time.

Mary Chris Jaklevic is a healthcare journalist in the Midwest.