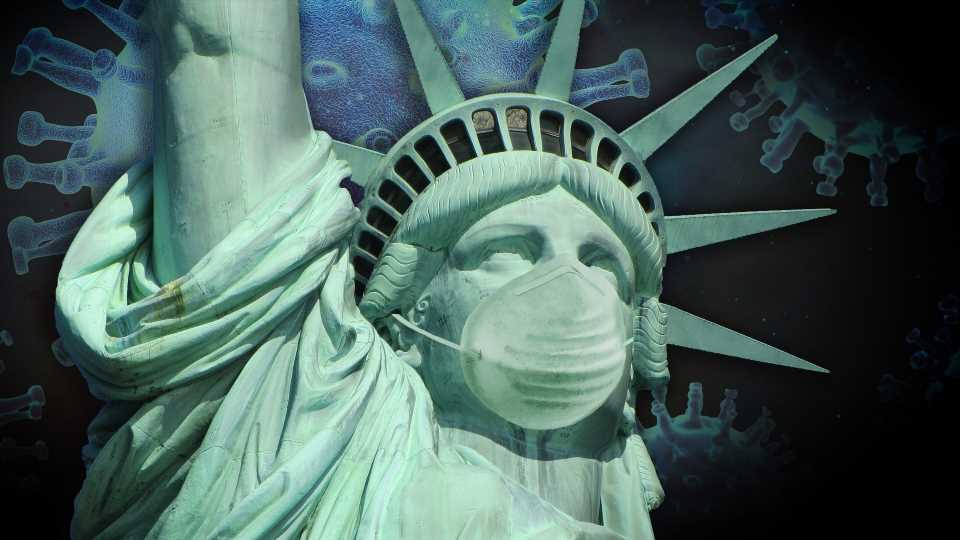 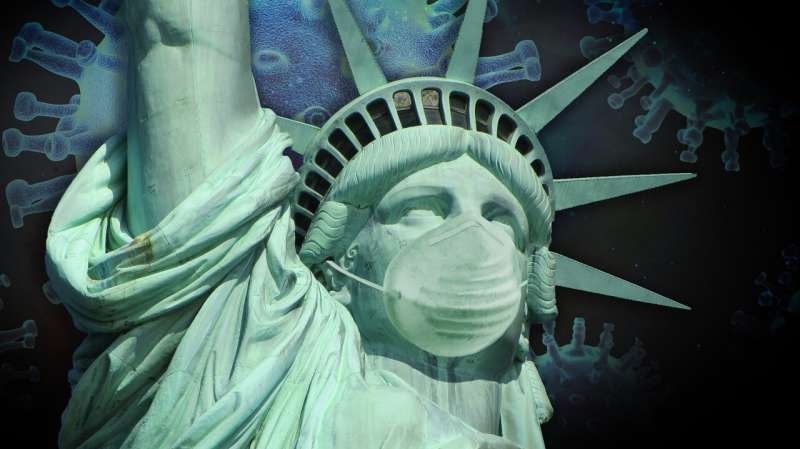 A new study published in the journal Nature estimates that 103 million Americans, or 31 percent of the U.S. population, had been infected with COVID-19 by the end of 2020. Columbia University researchers modeled the spread of the coronavirus, and found that fewer than one-quarter of infections—just 22 percent—were accounted for in cases confirmed through public health reports based on testing.

The study is the first to comprehensively quantify the overall burden and characteristics of COVID-19 in the U.S. during 2020. The researchers simulated the transmission of SARS-CoV-2 within and between all 3,142 U.S. counties using population, mobility and confirmed case data.

“The vast majority of infectious were not accounted for by the number of confirmed cases,” said Jeffrey Shaman, a professor at the university’s Mailman School of Public Health who is affiliated with the Earth Institute. “It is these undocumented cases, which are often mild or asymptomatic infectious, that allow the virus to spread quickly through the broader population.”

The study found that Infections were more widespread in some areas of the country. In areas of the upper Midwest and Mississippi valley, including the Dakotas, Minnesota, Wisconsin and Iowa, more than 60 percent of the population was estimated to have been infected by the end of 2020. In five metropolitan areas the researchers examined, 48 percent of residents of Chicago, 52 percent of Los Angeles, 42 percent of Miami, 44 percent of New York City, and 27 percent of people in Phoenix were infected in the same time frame.

As time went on, increased testing picked up on a growing portion of infections, but still offered an incomplete picture, the researchers said. The portion of confirmed cases reflected in the study’s estimates rose from 11 percent in March to 25 percent in December; this reflected improved testing capacity, a relaxation of initial restrictions on test usage, and increasing recognition, concern, and care-seeking among the public. However, the detection rate remained far below 100 percent, as individuals with mild or asymptomatic infections, who could still spread the virus, were less likely to be tested.

The study further found that roughly 1 in 130 Americans (0.77 percent) was contagious with the virus on December 31, 2020. A similar percentage (0.83 percent) was estimated to be infected but not yet contagious. However, in some metropolitan areas, the percentage of individuals who were contagious at year’s end was much higher.

Fatality rates fell with strengthening treatments and public health measures. The percentage of people with infections who died from COVID-19 fell from 0.8 percent during the spring wave to 0.3 percent by year’s end. Urban areas like New York City that peaked in the spring saw the worst numbers for reasons that include delays in testing availability and masking mandates, overwhelmed hospitals, and lack of effective treatments.

Different cities peaked at different times of the year. New York and Chicago experienced strong spring and fall/winter waves, but little activity during summer; Los Angeles and Phoenix underwent summer and fall/winter waves; and Miami experienced all three waves. Los Angeles County, the largest in the United States, with a population of more than 10 million, was particularly hard hit during fall and winter, and had a community infection rate of 2.4 percent on December 31.

Looking ahead, the authors write that several factors will alter population susceptibility to infection. The virus will continue to spread to those who haven’t yet been infected. And while vaccines protect against severe and fatal disease, breakthrough infections, including those that are mild or asymptomatic, will contribute to the spread of the virus. The study does not account for possible reinfections among those who have already had the disease, although there is evidence that antibodies may wane over time, and some people have definitely been reinfected. New, more contagious variants will make reinfections and breakthrough infections more likely, the authors write.