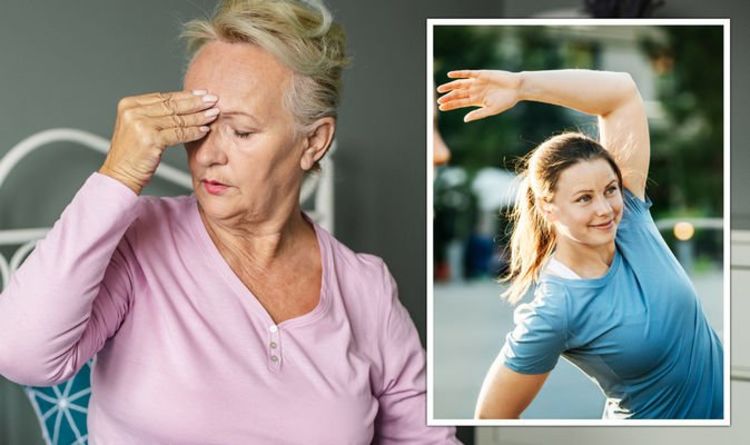 Stroke is one of Britons’ most dreaded conditions, with more than 100,000 people afflicted by the condition every year. An incident occurs when blood flow to part of the brain is obstructed, damaging blood vessels and stopping oxygen and nutrients reaching cells. The death of brain cells can lead to severe disability, and in some cases death. One light form of exercise, however, could lower the odds of the life-threatening condition.

A study published in the Journal of Physiology found that simple leg stretches could help improve blood flow throughout the body.

For the study, researchers split a a cohort of 39 health individuals into two groups, one of which didn’t do any stretching.

The other group performed four types of leg stretches five times a week, over the course of 12 weeks.

Stretches focused predominantly on the hips, knees and ankles. Each stretch was held for 45 seconds with a 15 second recovery.

READ MORE: Stroke: The lifestyle habit increasing your risk of the life-threatening condition

The findings of the study revealed that individuals in the stretching group had arteries with better blood flow and less stiffness.

This group also had lower blood pressure at the end of the study, compared with their initial reading.

The team believe these physical improvements are down to lower body stretches which cause the muscles to press on the arteries in the thighs and legs.

The effect, however, was also seen in the upper body, as participants showed similar improvements in the arteries of their upper arms.

The researchers concluded that such forms of light exercise could protect the body against heart disease, diabetes and stroke, which are all associated with reduced blood flow.

They stressed that stretching could be particularly helpful for high-risk groups who are not able to exercise.

The study adds to a growing body of research that highlights the effects of exercise as a preventative measure for stroke.

While age and genetic predispositions are significant factors for stroke, the vast majority of risk elements for the condition remain modifiable.

In 2016, a study identified 10 factors that accounted for about 90 percent of the risk of having a stroke.

Doctor Martin O’Donnell, lead author of the paper, said: “So much of the risk of stroke is modifiable by the individual.

“It’s not just one risk factors, it’s a collection of lifestyle choices – all interlinked. If our exercise and eat well, then your will be a healthy weight and less likely to get diabetes.

“Ideally healthy behaviour should start in youth, but it is never too late and you can do things in moderation.

“You should have your blood pressure checked.”