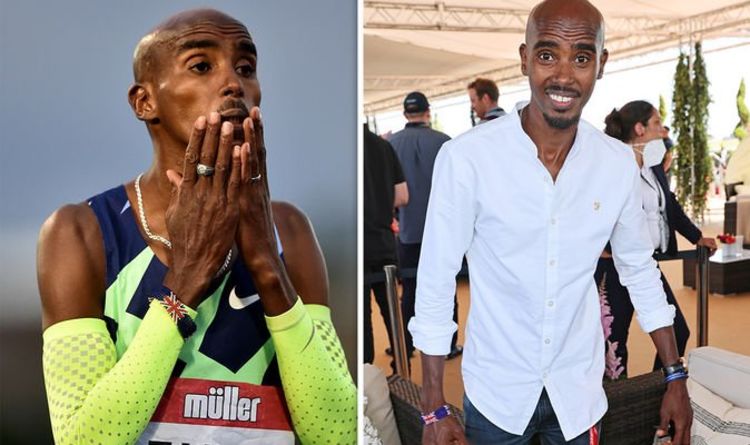 One such pitfall for Sir Mohamed Farah involved pulling out of the Commonwealth Games back in 2014, after being airlifted to hospital following a bacterial infection that led to his collapse. “I literally collapsed on the bathroom floor,” Sir Mo remembered, telling The Guardian that he was “completely knocked out”. When Sir Mo regained consciousness, he called Cam Levins – his training partner at the time – for help.

“He came round and got me on to my bed,” Sir Mo continued. “I was in so much pain from my stomach, and so he called an ambulance and it took me to hospital.

“I then had to be airlifted to the main hospital as they thought something was going on with my heart – it was just crazy.”

Sir Mo was in hospital for four days, which the family man described as “scary”.

The father-of-four then admitted the whole debacle took a lot out of him mentally.

“I just wasn’t right,” Sir Mo asserted, withdrawing himself from the Commonwealth Games.

So what has Sir Mo attributed his bizarre health episode to?

“I had a tooth taken out because it was chipped and it got infected,” Sir Mo explained.

An infection after tooth extraction

An infected socket or bone following a tooth extraction can be “dangerous”, warned the experts at Maiden Lane Dental practice.

If not treated, such an infection can turn into sepsis – i.e. blood poisoning.

Signs of infection after tooth extraction

If you notice any of these symptoms following a tooth extraction, you’re advised to get in contact with your dentist as soon as possible.

The NHS warned that sepsis can be a life-threatening condition, which requires calling 999 immediately.

Signs of sepsis can include:

A person does not have to experience all of these symptoms for sepsis to be experienced.

This means you should contact 999 as soon as you experience any one of these symptoms.

If you’re not sure if you’re experiencing sepsis, it’s best to call NHS 111.

The NHS explained: “It happens when your immune system overreacts to an infection and starts to damage your body’s own tissues and organs.”

The condition isn’t contagious, so it’s not possible to catch sepsis from somebody else.

Thankfully, Sir Mo made a full recovery, but has missed out in taking part in the Tokyo Olympics.

Mo Farah will star as a celebrity guest on Lee Mack’s Road to Soccer Aid, airing on Wednesday, September 1 at 9pm, ITV.