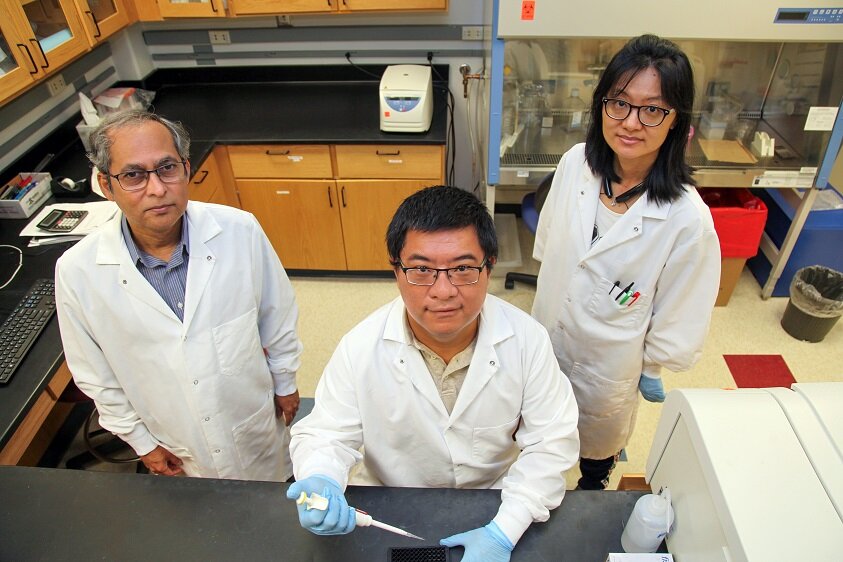 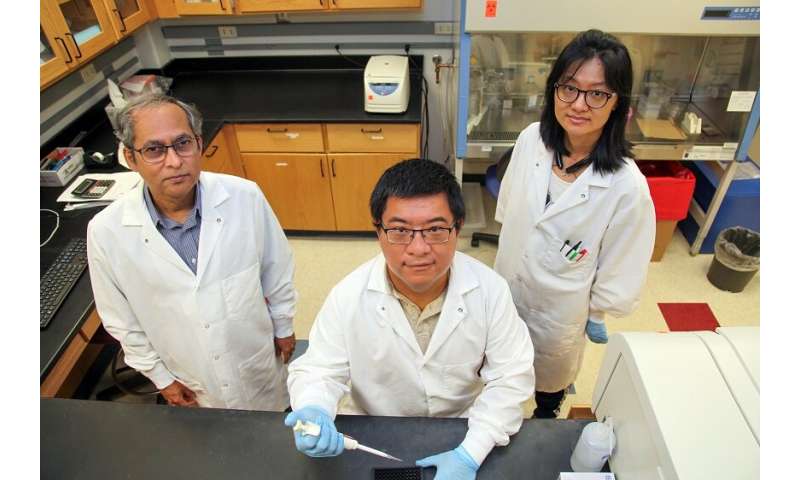 It’s called senescence, when stressed cells can no longer divide to make new cells, and it’s considered a factor in aging and in some diseases. Now scientists have some of the first evidence that at a younger age at least, senescent cells show up quickly after a major injury and are protective.

Their model is hemorrhagic shock, a significant loss of blood and the essential oxygen and nutrients it delivers that accounts for about 30-40% of trauma-related deaths from things like car accidents and shootings; and their focus the liver, one of the many major organs that can fail in response.

“If the cells switch immediately to a senescent state, they may help prevent organ failure,” says Dr. Raghavan Pillai Raju, biomedical researcher in the MCG Department of Pharmacology and Toxicology and the study’s corresponding author.

To find out if the rapid movement to senescence they saw for some liver cells was good or bad, they gave some of the rats in their studies senolytics, a relatively new class of drugs that target senescent cells for elimination. Laboratory studies of these drugs have shown they can prevent or improve age-related problems like frailty, cataracts and vascular and heart dysfunction. Early trials in humans have also reported success in reducing the progression of problems like diabetes and kidney related damage.

But when younger rats in hemorrhagic shock were given the drugs as part of the fluids used for resuscitation shortly after blood loss, they all quickly died.

“We wondered if it was the drugs themselves that were lethal to the rats,” said Dr. Xiaogang Chu, MCG research associate and the study’s first author. Animals and humans may not respond the same to a drug. However when they gave senolytics to healthy rats, they were fine.

“The results suggest that the induction of acute senescence may be a necessary process in hemorrhagic shock,” they write. Death of the senescent cells appears to exacerbate the tissue injury resulting from blood loss, and the drugs that target those cells also have off-target effects that are problematic with an injury as opposed to age-related senescence, they write.

They also wanted to know if giving a drug cocktail to improve organ function by strengthening cell powerhouses called mitochondria, which are weakened by the blood and oxygen deficit, would alter emergence of the senescent cells in the liver. They found the cell population that quickly emerged was essentially the same as those without the organ-specific support.

Raju and his colleagues suspect the rapid transition to senescence that occurred in a population of liver cells was an attempt to stabilize after the trauma, and likely transient.

This is the first evidence that cellular senescence can develop within a few hours after tissue injury, that hemorrhagic injury can make that happen and that the senescent cells that emerge are not detrimental in this scenario.

Cell senescence is known to be triggered by cell stress, like DNA damage, activation of oncogenes, dysfunction of the mitochondria and oxidative stress, an unhealthy buildup of reactive oxygen species that contributes to a number of maladies like heart disease, and a factor in normal aging. In fact, there are parallels between significant injury and aging, particularly the fact that mitochondrial function—energy production by the cell—decreases in both, Raju says.

“As we age, our cells slowly stop dividing, they express certain markers, they secrete certain proteins like cytokines and this state of cellular arrest of proliferation under stress, this is senescence,” says Raju. Senescence is an important function throughout life that starts as soon as development, when endless decisions are being made about which cells to keep and eliminate, or at least quieten, and continues throughout life as part of your daily cell activity.

While not a given, senescence can be a death sentence for cells, which start to secrete factors called SASPs, which get the attention of the immune system so the cell may be tagged for elimination by immune cells called macrophages, which find and consume them.

But it may also make cells far less vulnerable to programmed cell death, or apoptosis, which cells can initiate when they have irreparable damage, like what may result from dramatic loss of blood and oxygen, Raju says. “Apoptosis is suicide versus homicide,” he says. And senescence appears to enable cells to opt for a lower-functioning state instead of death.

This “hunkered down” state, which rapidly followed hemorrhagic shock, may enable the liver cells to survive until the blood, oxygen and nutrient deficit passes, he says, but what fraction of cells switch to this hunkered mode and whether, as speculated, they can reverse the state remain unknowns he wants to pursue. Raju’s team has documented apoptosis by some liver cells in response to hemorrhagic shock.

They also found increased levels of the SASPs, or senescence-associated secretory phenotype markers, things like growth factors and enzymes that break down proteins and peptides, secreted at high levels by senescent cells, again much like in the livers of aged rats. SASPs can be good and bad, causing problems like insulin resistance and inflammation, but also aiding wound healing and tissue regeneration. The SASP complement can vary depending on what sent a cell into senescence and the cell type. There were also upticks in proteins, for example, that can arrest the cell cycle and mediators of DNA damage known to be critical to cell senescence, along with others.

While many of our cells routinely are not actively dividing, they have that potential, Raju says. Cell division is important to replace high turnover cells in areas like the gut and skin, and also to enable wound healing, but even that rate slows with age.

Other than the fact that senescence can prevent cells from becoming rapidly dividing cancer cells, it is widely considered a detriment to health in aging. The MCG scientists suspected the liver cells showing signs of senescence would be bad too, and that killing them might help patients, as it appears to do in aging, Raju says. But instead they found senescence is not bad and may actually be good in the aftermath of injury. In fact, the cells can even heal in this hunkered-down state.

Raju got interested in senescence because of his interest in injury, which can happen across a lifetime. But there are definite trends that recovery rates decrease with age, says Raju, who would like to help change that.

“Survival rates decrease significantly as we pass middle age,” he says. Middle age starts about age 40 and just under 50% of Americans fall into that category, according to a 2019 Brookings Institution study of U.S. Census Bureau data.

The liver, which has unique abilities to regenerate in the face of injury or disease, peaked his interest because there was some thought that you could both induce and reverse senescence in this resilient organ.