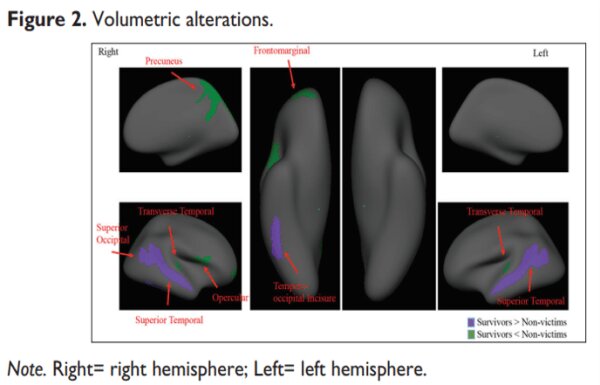 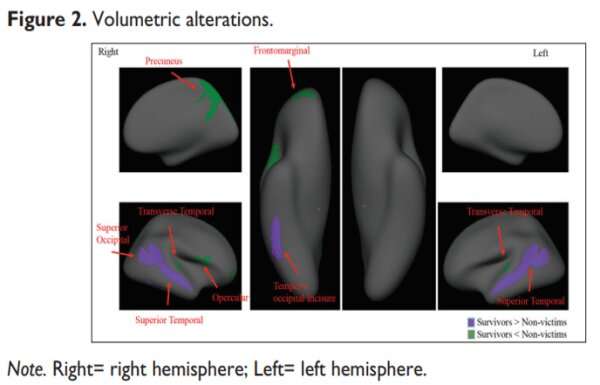 The research team of the BELIEVE project at the University of Granada (UGR) has identified the numerous changes in the brain caused by gender violence among female victims. This is the first study of its kind to be carried out worldwide using structural magnetic resonance imaging (MRI) techniques and a whole-brain methodology. The results of this research have been published in the Journal of Interpersonal Violence.

This study, carried out at the UGR’s Mind, Brain and Behaviour Research Centre (CIMCYC), is the first of its kind to analyze the structural differences between survivors and non-victims using this methodology. Most of the neuroimaging studies previously carried out on female survivors focused on a specific area of the brain linked to post-traumatic stress. The present study pursued broader research aims by analyzing the brain as a whole.

Miguel Pérez and Natalia Hidalgo, researchers at the UGR, explain: “It is widely known that gender violence causes a multitude of long-term consequences for female victims, yet the changes to the brain resulting from this violence remain under-studied.”

Sixty women between the ages of 18 and 62 participated in the study and underwent MRI scans at the CIMCYC to analyze their entire brain—that is, all of its 160 areas. Of the total sample, 28 were survivors of gender-based violence.

The results of this study showed structural brain differences between women who had not suffered gender violence and those who had, in terms of area, volume, and thickness in the lateral sulcus and the temporal, frontal, occipital, parietal, and limbic areas.

The victims primarily presented reduced volume and surface area in the right and left temporal sulcus, the inferior frontal gyrus, the left anterior cingulate cortex, and the right precuneus and occipital cortices.

Morphological analysis showed a relationship between changes in these regions and different potential causal mechanisms, such as adverse experiences suffered during childhood, post-traumatic stress resulting from violence, and various traumatic situations suffered during violent relationships, such as attempted strangulation, brain trauma, and the severity of the violence itself.

“In our study, we found that a significant number of women survivors of gender violence present long-term brain injuries. We also identified a link between these changes and certain adverse experiences, such as post-traumatic stress, attempted strangulation, brain injuries caused by their partner, and traumatic childhood events. The changes we found could thus be explained by these possible causal mechanisms,” notes Hidalgo.