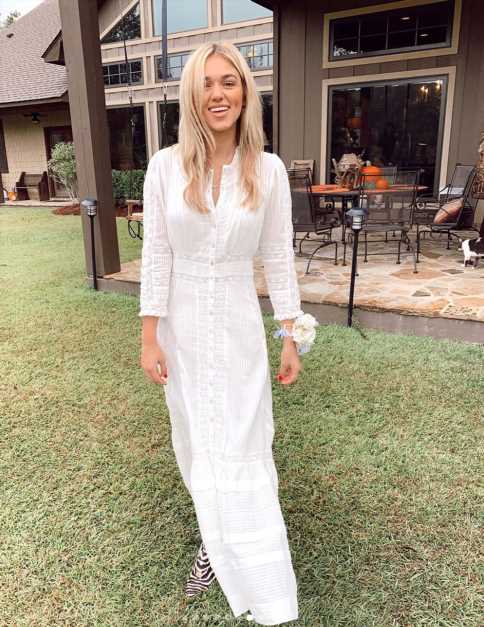 Sadie Robinson’s struggle with an eating disorder — which she first opened up about in 2017 — started after she was body shamed following her stint on Dancing with the Stars.

While the Duck Dynasty star, 23, lost weight during the intense weeks of training on DWTS, she filled out again once the show ended, and people made rude comments.

"During Dancing with the Stars … I had this body that I never thought I'd have. I had a six-pack for two weeks, but then Thanksgiving hit and it went away. People started to comment," she recently told Entertainment Tonight.

“There were people in my life who were just really negative influences, that would say things that were not uplifting about the way that I looked and how I needed to maintain the body that I had,” she continued. “It was so wrong. I was insecure at the time, so I believed them and thought, ‘Oh, I need to push it.’ ” Robertson, who was 17 at the time and working to become a model, developed “a really unhealthy view” of her body.

“People would say things like, ‘Oh, if you lost 10 more pounds, you would look like a real model.’ I was literally 115 pounds and already unhealthy. That just messed my mind up,” she said.

That led Robertson to develop an eating disorder — she said in 2017 that, “at least five times a day, I would wrap my hands around my thighs, making sure they hadn’t grown beyond what I could reach. I knew each little calorie that was in every bite of food I took. I talked about food all of the time.”

Robertson told ET that she was constantly counting her calories and developed body dysmorphia.

“I would look at myself in the mirror and I would think, ‘I’m fat,’ and I was not at all,” she said.

Robertson's faith, she said, is what helped her overcome her eating disorder.

“It definitely made me stop thinking about myself as much,” she added. “It allowed me to be able to think of others, and how I can serve them with the body I've been given.”