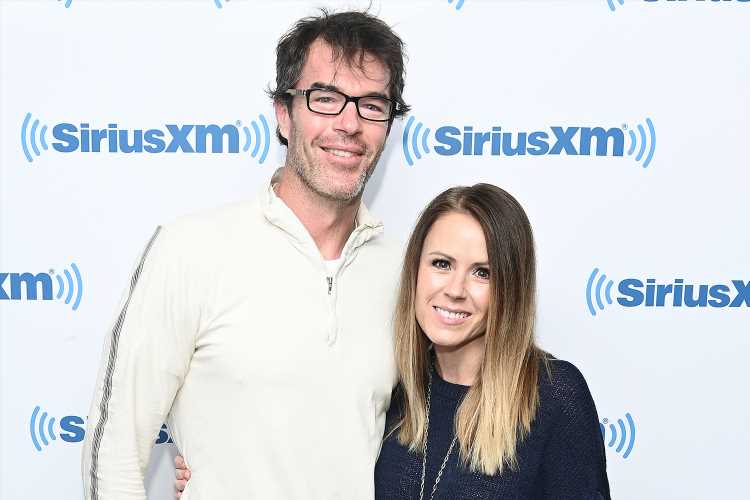 Ryan Sutter is looking for answers as he continues to struggle with a mysterious illness that has plagued him for months.

On Tuesday, the firefighter and former Bachelorette contestant, 46, opened up about his ongoing health issues in a series of posts shared on his Instagram, detailing the various symptoms he's experienced while undergoing tests to determine its cause.

According to Ryan, he began feeling ill after starting an 18-week training course with the Denver Fire Department in February.

"Towards the end of that process I felt more and more worn out and began feeling occasional 'flu like' symptoms," he recalled in a post. "I was tested for COVID multiple times but never tested positive. I completed the academy and believed/hoped I would begin to recover and feel better."

"It's been five months now and, if anything, I feel worse," Ryan continued. "Though I am functional and continue to work my regular fire schedule, I am experiencing a battery of symptoms which include: fatigue – sometimes almost paralyzing, deep body and muscle aches, fevers, night sweats, full body itching with no rash, headaches, neck and throat swelling, congestion, light headedness, nausea, and just general all around not feeling good." While he's had "several blood tests and a CT scan," Ryan said the procedures determined that he has "a high ANA Titer and low WBC but nothing else has proven anything conclusive."

"I am not taking any medications, maintain a healthy diet and am doing my best to get rest. Most days I feel about 70%. Somedays [sic] I feel a bit better and somedays I can barely get out of bed. I don’t believe I have anything contagious as no one else in my family has been sick nor has anyone I have worked with or associated with been sick," he shared.

"I appear to be sick for some unknown reason," Ryan wrote in another Instagram post. "The struggle to find answers in the medical world and support through the insurance industry is frustrating and lacking."

"One must truly and persistently advocate for himself/herself if they hope to find answers or, at the very least, rule out possibilities. I am concerned that we are bearing witness to the effects of our lifestyles and the relative lack of understanding as to how we live on a daily basis influences our health and well being and the health and well being of others," he continued.

Will you accept this rose? Sign up for PEOPLE's free weekly Bachelor Nation newsletter to get the latest news on The Bachelor, The Bachelorette and everything in between!

The former reality star went on say that he hopes his story "might be of some help to all those suffering in similar ways" before thanking his family — which include wife Trista Sutter and their two children: daughter Blakesley Grace, 11, and son Maxwell Alston, 13 — and fans for their support during this difficult time.

Alongside a selfie with Trista, the father of two wrote in the caption, "In Conclusion – I have spent the better part of my life challenging my personal limits. As a result I feel well prepared to take on my current health situation. I have a strong support group and the best wife in the world."

"Please don’t worry about me. I will be fine. If you must worry, worry about each other. Support each other. Be there for each other," he added. "The outpouring of support I have received has been humbling and therapeutic. I could not be more grateful. I can not imagine the healing power that amount of love and caring would have on the world should we all choose to apply it?  Maybe let’s find out…"

Trista, 48, recently told fans in an Instagram post that her husband, whom she's been married to since 2003 after meeting on her season of The Bachelorette, has been "struggling for months" with his health.

"And, I'm struggling. This guy…my rock, my best friend, my hero, my love…is struggling. Not everyday [sic], and not to the point that he can't work or cook or exercise or be with family, but enough," she continued. "We've been struggling for months. Struggling to get answers."

Trista said the family recently "found out that Ryan doesn't have cancer," though doctors have yet to diagnosis him.

"A HUGE relief…without a doubt, especially after fighting to find a doctor to take symptoms that lined up with lymphoma seriously and advocating for the scans to rule it out. But part of us was wanting a diagnosis. Wanting to be able to fight for him to be cured instead of fighting for an answer," she wrote. "How messed up is that? Don't worry, I know. It's messed up. But, that's where we are. In a holding pattern of not knowing."

"And believe me…I know it could be worse, so for that, I am thankful," Trista added. "We are young-ish and blessed, but not immune. We lived a fairy tale on TV and have a great life for all intents and purposes, but answers would be nice."