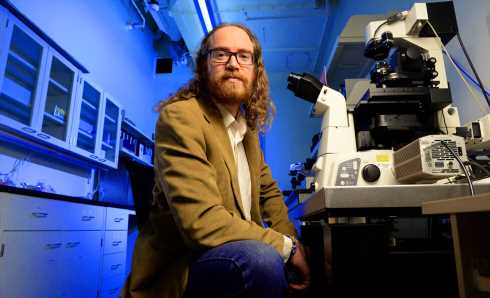 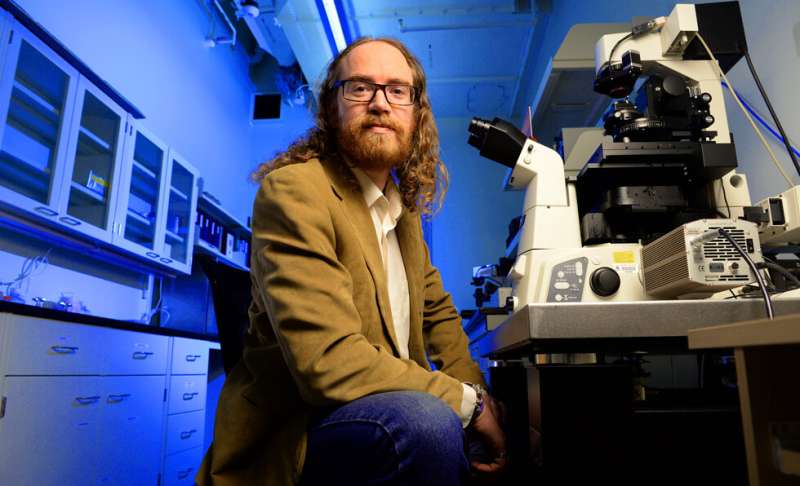 Glycomics researchers at the University of Alberta and CHU Sainte-Justine have reported a discovery that could lead to new treatments for cardiovascular disease.

The researchers identified a new mechanism responsible for the buildup of plaque on artery walls, a process known as atherosclerosis. This plaque, made up of fats, cholesterol and other substances, can restrict blood flow and is a major factor in cardiovascular disease.

“We identified a new mechanism underlying atherosclerosis,” explained Chris Cairo, professor in the Department of Chemistry and co-lead author of the new study. “We also demonstrated that this can be addressed pharmacologically. Using inhibitors developed in our lab, we found that this could be a new strategy for therapeutics in cardiovascular disease.”

The discovery identified drug targets with the potential to stop the buildup of plaques—a breakthrough that could make a world of difference for many Canadians. The second leading cause of death in Canada, cardiovascular disease affects 2.4 million people across the nation, according to the federal government. New and more effective treatments are still needed, Cairo explained.

“The clinical implications of this study include the discovery of a novel pathway involved in the development of atherosclerosis—one of the most important causes of cardiovascular mortality—and the identification of novel, potentially druggable targets that can prevent atherosclerosis independent of cholesterol levels,” said co-lead author Alexey Pshezhetsky from CHU Sainte-Justine.

The researchers examined the role of glycosylation of circulating lipid particles in the blood in atherosclerosis. Low-density lipoproteins (LDL), which are sometimes called bad cholesterol, are a complex of lipids, cholesterol and glycoproteins. The researchers looked at LDL particles before and after removal of a specific glycan residue, known as sialic acid. LDL that had sialic acids removed were taken up by cells more than those that were unmodified. Animal models deficient in the enzymes that remove sialic acids had less formation of atherosclerotic plaques, suggesting these enzymes could be new targets for future therapy.

“The work built on several years of basic research, and we hope will lead to benefits for clinical treatment,” said Cairo, who noted the study was performed in animal models and will need more preclinical research before being applied in human clinical trials.

Cairo and Pshezhetsky are both network investigators with GlycoNet, a pan-Canadian Network Centre of Excellence of more than 170 glycomics researchers, centered at the U of A.

This research was funded by GlycoNet and conducted in collaboration with a post-doctoral fellow, Tianlin Guo, and a graduate student, Radhika Chakraberty, working at the U of A.