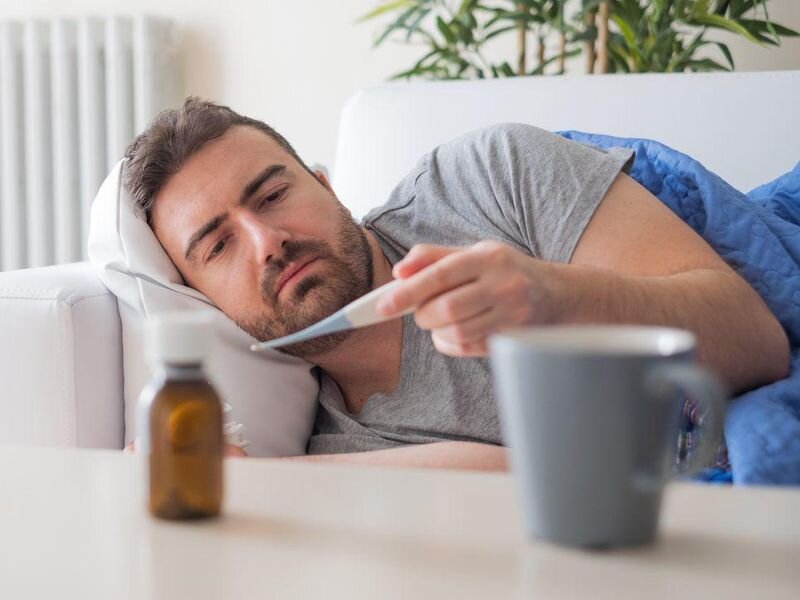 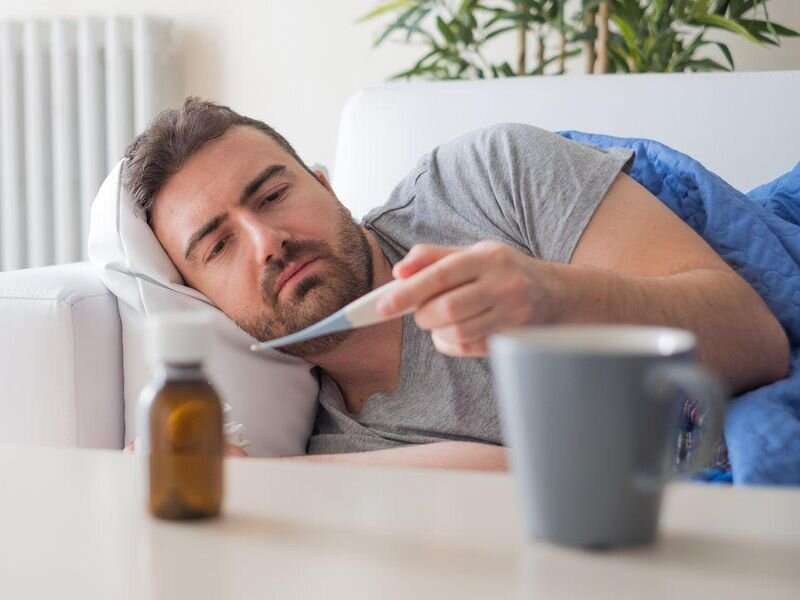 (HealthDay)—People newly infected with COVID-19 might soon have access to what essentially is Tamiflu for the novel coronavirus, a breakthrough that experts say would drastically alter the course of the ongoing pandemic.

At least three contenders are vying to become the first antiviral pill that specifically targets COVID-19, according to reports from drug manufacturers.

Such a pill could be prescribed by your doctor and taken while you recuperate at home, potentially limiting the impact of a COVID infection on your body.

Merck & Co.’s antiviral drug molnupiravir leapt into the lead on Friday. That’s when the company announced it will ask for quick U.S. approval for emergency use of their pill, after clinical trials showed it halved patients’ risk of hospitalization or death from COVID.

But two other candidates also are well along in clinical trials: one from Pfizer Inc. and another from Roche and Atea Pharmaceuticals.

If they prove safe and effective, these drug candidates could keep people infected with COVID out of the hospital and prevent those around them from contracting the coronavirus, experts said.

“These are all drugs that in one way or another interfere with the multiplication of the virus,” said Dr. William Schaffner, medical director of the Bethesda, Md.-based National Foundation for Infectious Diseases.

“If you were exposed and the virus is already in your body starting to multiply, if we could get in there early with these drugs that inhibit their multiplication, obviously the virus can’t spread to other parts of your body—thus sparing you developing illness or getting a milder illness,” Schaffner said. “It also would make you less contagious to others.”

People living with a COVID patient also might be able to get a prescription for one of these antivirals, Schaffner said.

“It might well be that we could give these drugs to family members who are exposed and never have them develop any infection at all,” Schaffner said.

There are already antiviral treatments available for people in the early throes of COVID, but they each have flaws that limit their usefulness.

Doctors have been using remdesivir—a drug developed to treat Ebola—to curb the damage done by a COVID infection, but its effectiveness is limited, said Dr. Amesh Adalja, a senior scholar with the Johns Hopkins Center for Health Security.

“What we’ve seen so far, drugs like remdesivir are not really knockout punches because they are kind of repurposed” from the viruses they originally targeted, Adalja said.

Monoclonal antibodies also can attack the virus in early infection, but “as you know they’re in short supply and they’re pretty darned expensive,” Schaffner said. “They have to be given either intravenously or through a series of multiple injections under the skin, all of which makes things even more expensive, and you have to go to designated locations for treatment.”

Adalja said, “What we’ve always needed is a Tamiflu equivalent to keep people out of the hospital, to decrease complications, but it takes time for antiviral drugs to be made because they’re so specific to the viruses that are causing disease.” Prescribed for flu, Tamiflu (oseltamivir) reduces flu symptoms and shortens recovery time.

Merck’s announcement was electrifying, in part because the clinical trial results from molnupiravir were so positive that an independent data monitoring committee recommended stopping the study early so the company could pursue an emergency use authorization from the U.S. Food and Drug Administration.

Early results from phase 3 trials showed that molnupiravir cut the risk of hospitalization or death from COVID-19 by about 50%.

Around 7% of COVID patients treated with molnupiravir were either hospitalized or died within a month of taking the drug, compared with 14% of patients who received a placebo. The analysis was based on data from 775 patients who’d enrolled early in the trial.

Keeping people at home is a priority

“We always believed antivirals, especially an oral antiviral, would be an important contribution to the pandemic,” Daria Hazuda, vice president of infectious diseases and vaccine discovery at Merck, told the Washington Post. “Keeping people out of the hospital is incredibly important, given the emergence of variants and the continued evolution of the virus.”

Merck’s news comes on the heels of Pfizer’s announcement early last week that it had entered phase 2/3 clinical trials for a COVID antiviral it calls PF-07321332.

Pfizer’s drug candidate would be taken in combination with the antiretroviral HIV drug ritonavir to see if it could keep COVID from spreading to healthy trial participants living in the same household as someone with a confirmed infection, the company said in a statement.

The trial plans to enroll up to 2,660 people who will be randomly assigned to receive either the pill or a placebo twice daily for 5 to 10 days.

Meanwhile, Roche and Atea Pharmaceuticals announced positive early results for its own experimental antiviral, AT-527, in late June.

Early data from phase 2 trials showed that in two days the pill reduced the viral load of COVID patients by 80% on average compared to placebo. However, the early analysis only involved data from 62 hospitalized, high-risk patients.

The Roche-Atea pill wound up clearing about 47% of patients within two weeks, making them completely COVID-free. By comparison, 22% of people taking a placebo were cleared of COVID in the same time frame.

Roche and Atea expect to announce more results from phase 2 and 3 trials later this year, the companies said.

The prospect of curbing COVID at home with a pill is cause for cautious celebration, Schaffner said.