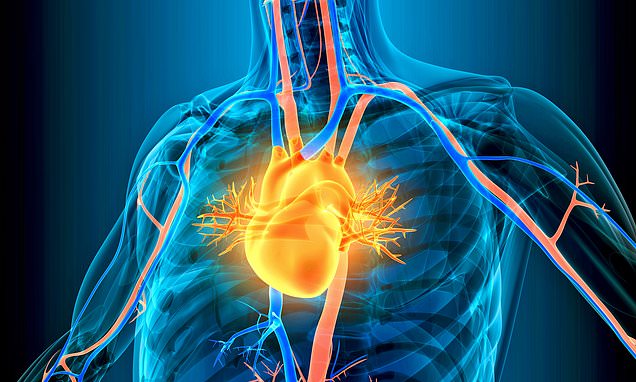 Patients are soon to be offered ultra-accurate scans that can flag up blood clots – helping doctors take steps to prevent heart attacks.

The simple procedure involves a harmless dye being injected into the bloodstream which lights up microscopic ruptures in arteries that are often the beginnings of a life-threatening clot.

Previously, doctors used an angiogram to spot clots – an invasive procedure that involves a thin tube being threaded through an incision in the groin to reach the blood vessels around the heart.

But the test is not without risk, and on rare occasions can itself trigger a heart attack or stroke.

The new technique carries no such risks, as the dye is injected into the arm. 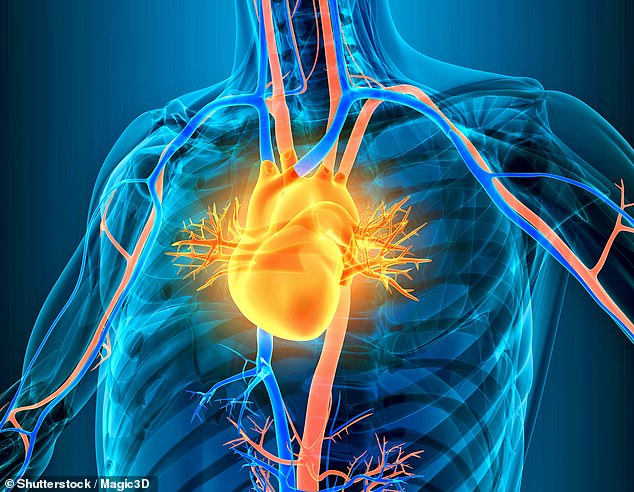 They might be tiny, but babies have nearly 100 more bones than adults.

A newborn baby will have roughly 300 parts to their skeleton, compared to 206 in an adult. Much of this is the tough, flexible cartilage – the skeleton’s shock absorber – which solidifies into bones.

As children grow, the ‘extra’ bones fuse to form larger ones, which reduces the overall number by the time they reach adulthood.

Scientists have also discovered it is more accurate than an angiogram as it can identify minuscule clots that have just begun to form.

The results of a landmark trial, presented at European Society of Cardiology last week, showed the scan identified 80 per cent of deadly clots, while angiograms tend to spot about 60 per cent.

Doctors say the tool is likely to be available on the NHS within years, and could benefit the nearly eight million people in the UK living with heart disease.

Every year, more than 100,000 Britons need hospital treatment after a heart attack. Although survival rates have improved dramatically over the past few decades, these still lead to as many as 450 deaths every day.

The most common cause of a heart attack, where the blood supply to the organ is suddenly interrupted, is coronary heart disease.

A key factor in the progression of heart disease is atherosclerosis, where inflamed areas called plaques develop inside the arteries. These plaques can rupture, triggering the formation of a blood clot which can break away and block the arteries supplying the heart, leading to a heart attack.

The first sign of a heart attack is usually chest pain and shortness of breath. Sufferers often undergo an ECG to monitor electrical activity of the heart. But although the test can determine that a heart attack has happened, it cannot identify the cause.

It may be brought on by an infection, but it may also be coronary heart disease, meaning patients are vulnerable to a further attack. In these cases, doctors look for clots using an angiogram.

If the clot is large and presents a clear danger of further heart attacks, doctors may insert a stent into the blood vessel to hold it open. Less risky clots can be treated with anti-clotting medicines. 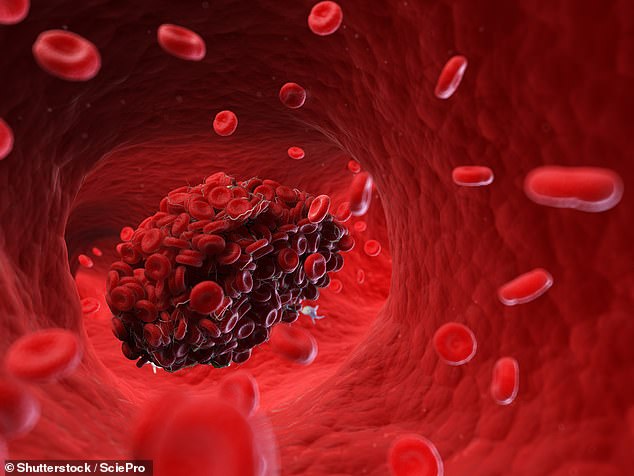 Scientists have also discovered the scan is more accurate than an angiogram as it can identify minuscule clots that have just begun to form (illustration of a blood clot, above)

The burps that could light fires

If you worry about bad breath, spare a thought for the man whose burps were a serious danger to life and property.

In the early 1900s, Scottish doctor James McNaught came across a patient who set matches alight when he burped.

According to the tale, told by historian Thomas Morris, the man claimed to have given up smoking due to worries about setting his house on fire.

The doctor passed a tube down the patient’s throat to find an obstruction in the bowel which had caused the contents of his stomach to ferment.

A by-product of the fermentation process appeared to be a highly flammable type of gas – which was responsible for igniting the fires.

The new hour-long test involves a dye being injected into the arm. The patient then undergoes a detailed scan to look for bright spots that can indicate ruptures.

A University of Edinburgh trial of 94 patients, half of whom had recently had a heart attack, showed the scan was highly effective at spotting clots. In more than one in ten patients, the test picked up clots outside the area of the heart, such as in the lungs.

He says: ‘Spotting the smallest ruptures means we can be confident in treating some patients with blood-thinners, as opposed to something more intensive.’ Dr Tzolos and his team are recruiting patients for a trial to see if the test can prevent strokes in those who have already had one.

Ronald Klein, 66, a retired post office worker, is one patient to benefit from the new test. He suffered a heart attack last November and had a stent fitted. The following month, scientists at Edinburgh invited him to take part in the trial of the new test, funded by the British Heart Foundation, to check for any further clots.

He says: ‘They put the dye in my arm and then I went under the scan. It was all done in an hour.’

The dye picked up a small clot forming in one of the arteries leading into Ronald’s heart, which doctors had not spotted originally. There was a danger the clot could have come loose at any time, potentially triggering another attack.

Ronald says: ‘Without the scan I’m not sure they would have known to look there. The doctors immediately put me on medication to break up the blockage.’