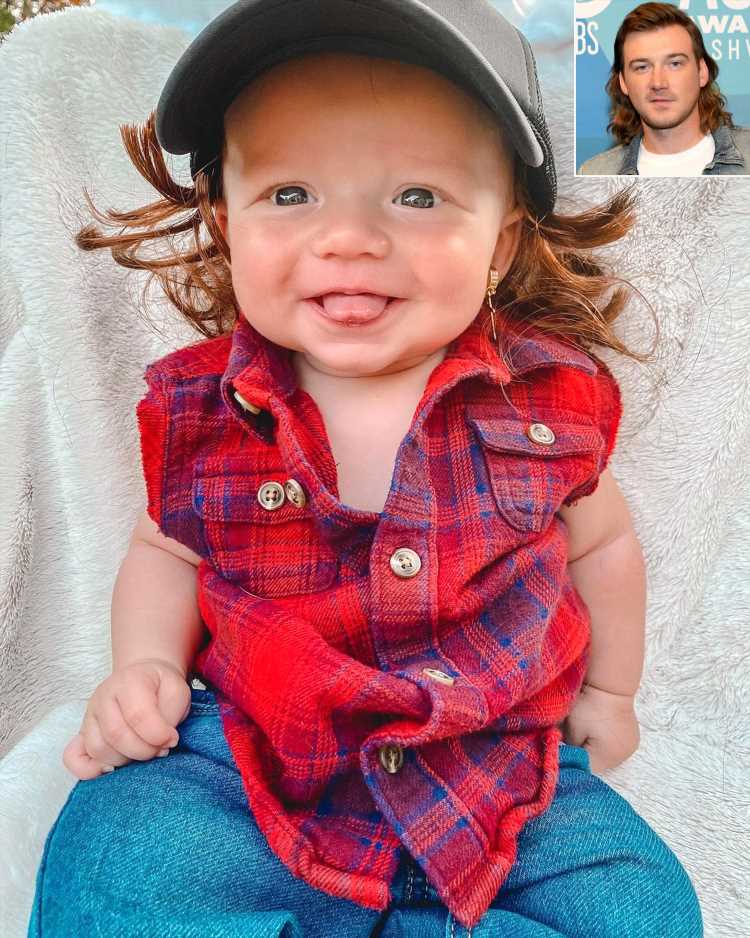 Morgan Wallen has a mini-me!

On Tuesday, Wallen's ex KT Smith, with whom he shares 3-month-old son Indigo Wilder, posted a snapshot of the smiling infant on her Instagram. In the photo, Indigo gazed into the camera with his tongue out as he wore his first-ever Halloween costume: a replica of his country-star father's getup!

Indigo, in the sweet picture, wears a pair of jeans with a red button-up shirt with the sleeves torn off. The costume is completed with a gray hat with a comical wig standing in for Wallen's long hair.

The "Whiskey Glasses" singer, 27, welcomed his first child on July 10 in Nashville, he announced at the time. The newborn weighed in at 6 lbs., 13 oz. at birth, and Wallen said the baby's arrival left him a "changed man."

"Since you came into the world Friday, I see mine differently now," Wallen wrote on Instagram alongside a photo holding his son. "It's not just me anymore, and I'm glad it's not. This year has been the hardest of my life in so many ways, but that's not what I will remember it by. You are. You are a gift and this tough year just made sense."

Wallen promised the baby that he will be "the Dad you deserve as well as the co-parent your mother deserves."

"Since you were born, I know that every decision I make will be with you in mind. I promise I'll always protect you, and do my best to be an example of a good, godly man just like my daddy was for me," he continued.

Welcome to the World! See All of the Celebrity Babies Born in 2020

Wallen said that he was "glad" to share the news of his son's arrival, admitting he was "a little scared" to learn what parenthood feels like. "But it's the coolest damn feeling," he added at the time, "and I'm ready for whatever God has planned for me and my little guy."

Earlier this month, Wallen was disinvited from his scheduled appearance to perform as the musical guest on Saturday Night Live after he broke protocols put in place to protect the show's cast, staff and guests amid the pandemic. Jack White replaced him for the performance slots on the Oct. 10 episode.

"I'm not positive for COVID, but my actions this past weekend were pretty short-sighted and that have obviously affected my long-term goals and my dreams," Wallen said on Instagram, addressing the controversy. "I respect the show's decision because I know that I put them in jeopardy. I take ownership for this. I'd like to apologize to SNL, to my fans, to my team, for bringing me these opportunities and I let 'em down."