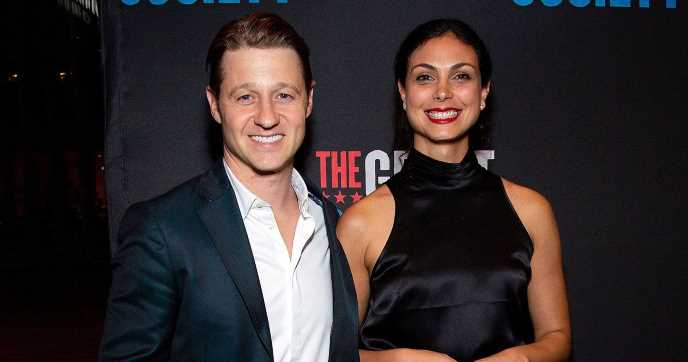 Stars Who Announced Pregnancies in 2020

The Homeland actress revealed that she is pregnant with baby No. 3, her second with The O.C. alum, while appearing on The Talk on Friday, December 11.

“Times have changed,” Baccarin, 41, said telling the hosts about the couple’s coronavirus quarantine date nights. “What we now call date night is really, honestly, being able to take a walk outside together.”

The Brazilian actress noted that her kids are not fans of the couple leaving them now that they’ve been home so much.

“It has inspired a lot of anxiety in the kids because we’re around all the time,” she explained. “So when we take a bit of time to ourselves, they’re like, ‘Where are you going?!’”

Famous Fathers Who Had Kids Late in Life

In order to ease the kids’ separation anxiety, McKenzie, 42, employed their 4-year-old daughter, Frances, to help him get ready. Frances took that to mean painting her dad’s nails blue and giving him homemade jewelry to wear.

“It looks great!” cohost Carrie Ann Inaba told Baccarin, before adding, “You are glowing by the way. I just want to say you are so glowing and radiant.”

The Deadpool star jokingly replied, “I think that date was pretty successful,” before standing up and showing off her growing baby bump.

The actress spoke to Us Weekly in December 2018, when her daughter was 2 years old, saying she was not quite ready to expand her family.

“Ask me in five years,” she told Us. “Honestly, these days, [date night is], like, a movie, a great meal, a nice conversation and connecting over just us.”

Baccarin and McKenzie tied the knot in 2017 after meeting on the set of Gotham in 2014. They welcomed their daughter in 2016, the same year that they got engaged.

The Flash actress is also mother to 7-year-old son Julius, whom she shares with ex-husband Austin Chick. The pair were married from 2011 to 2016.