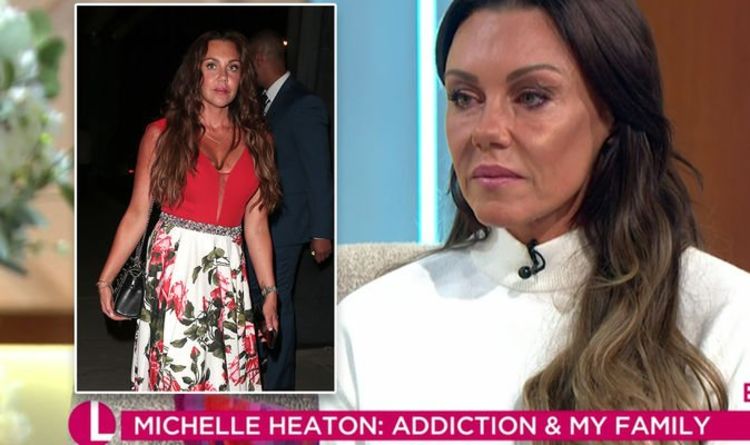 Michelle Heaton breaks down as she apologises to Lorraine

Talking to Lorraine Kelly on her daytime talk show she revealed with tears in her eyes that she was “on the way to dying.” Without the invaluable support of her husband and a rehab facility it is likely that the star might not have made a recovery. She revealed the darkest moments of her addiction saying: “I couldn’t live without drinking.”

Being a regular on Lorraine the star started off the interview apologising to the loveable host.

Admitting that there had been times when she was drunk before she appeared live on the show which starts at 10am.

It took the singer a while to accept that she needed professional help from a rehab facility.

Talking about her journey she said: “I liked being an addict…I enjoyed the chaos.

“I have always had addictions in my life and now I can recognise that.”

The star’s turbulent history with addiction became even worse as the country went into lockdown.

“Over the last year and a half I lost control, I was completely helpless to alcohol,” Michelle admitted.

Being addicted to slimming pills when she was younger, Michelle also took the incredibly brave step to have a double mastectomy and hysterectomy to reduce her risk of breast cancer in 2012.

After being diagnosed with the BRCA2 gene she was told by doctors she has an 85 percent chance of developing cancer.

After the birth of her son in 2014, she decided to remove her womb, cervix, ovaries and fallopian tubes meaning she entered menopause at the age of 37.

She described this experience as losing what “stereotypically made her a woman.”

And her ability to drink on “every emotion” was the method she used to cope through the experience.

Her addiction didn’t just affect her, with husband Hugh Hanley, who she married in 2010 also struggling to cope with his wife’s alcoholism.

Speaking on the show in a pre-recorded video he said: “The last three or four years have been really tough.

“I was seeing Michelle in there, but the addiction was just ripping her up.

Michelle finished the interview with some words of wisdom to those who may also be battling with addiction.

She said: “If you are an addict looking at this there is light at the end of the tunnel, asking for help is the first step on the way to survival.”

NHS guidance suggests that your local GP is a good place to start honestly addressing your problem.

There are also free self-help groups such as Alcoholics Anonymous (AA) or Drinkline, the national alcohol helpline, which can be reached on 0300 123 1110 every day of the week.