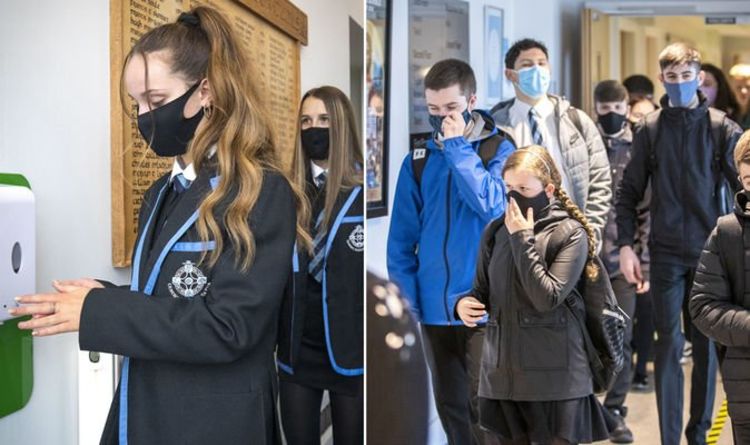 When you subscribe we will use the information you provide to send you these newsletters.Sometimes they’ll include recommendations for other related newsletters or services we offer.Our Privacy Notice explains more about how we use your data, and your rights.You can unsubscribe at any time.

The accusation follows a series of studies showing mask wearing among children could paradoxically increase the risk of transmission of infections such as coronavirus and is also linked to headaches, drowsiness, problems concentrating, less happiness,and fatigue as well as reluctance to go to school. Last week Boris Johnson issued guidance stating secondary school students in England should wear masks in the classroom when it is not possible for them to keep two metres apart.

Although not a legal requirement, the recommendation goes further than earlier advice which advised masks be used in corridors and communal areas in parts of the country under Tier 2 or Tier 3 restrictions. This is a U-turn on previous advice last autumn when Downing Street rejected masks in class with Boris Johnson stating the idea was “nonsensical” and Downing Street stating it: “would obstruct communication between teachers and pupils.”

Last week child experts condemned the new recommendation. In a letter published in the BMJ Ros Jones, former consultant paediatrician wrote: “The use of masks in classrooms will undoubtedly be detrimental to learning particularly for any children with learning impairments or any special educational needs.

When the WHO first suggested masks in schools …. the guidelines specifically stated that this should be accompanied by monitoring not only of any effect in reducing SARSCoV-2 transmission but also of any harms to either mental or physical health, but this has not been done. There have been numerous publications highlighting the potential risks.”

Leading public health expert, Professor Allyson Pollock, said: “This is completely ludicrous. Parents and schools should challenge the government and ask for the scientific evidence in support of masks and the studies showing the risks and benefits. 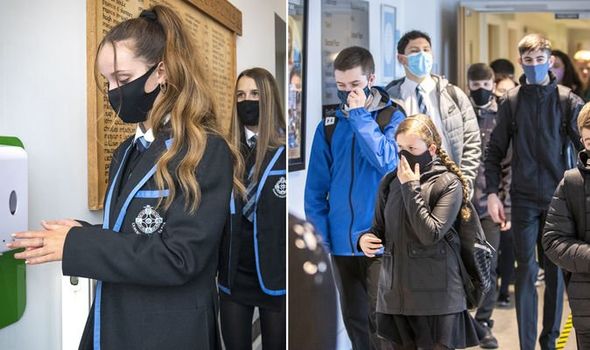 “This is not about public health. Masks have become a political football.There has been no evaluation of this measure in schools which may well do more harm in spreading germs because masks worn in this setting will become nothing better than a dirty handkerchief especially when the temperature changes and noses run. It’s disgusting. What do the children do when they go to the toilet?

“Do they take their mask off during that process and put it on again? Do they change masks each time they touch their face or nose or mouth. It doesn’t take any imagination what will happen. The analogy is that masks are like petri dishes of infection and risk spreading more germs.

She added: “It infuriates me that government scientific experts can impose this. How many of these experts have had to sit in masks for up to 7 hours a day at their desks – how often do they change their mask during the course of a working day?

“We need to ask ourselves, is this measure proportionate? Children are not the major drivers of coronavirus, community prevalence is falling – far better to ensure good hygiene and ventilation including opening windows?” 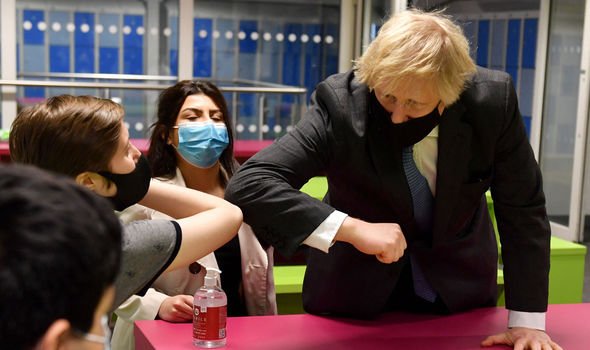 Dr Elizabeth Evans, spokeswoman for the Medical Freedom Alliance, which campaigns for informed medical consent said: “Studies of community based mask wearing have shown they have no benefit in reducing transmission of coronavirus and if children are being forced to have a negative test before they go to school what is the point in putting them all in masks? We already have an epidemic of anxiety, eating disorders, self harm and suicidal thoughts among teenagers who have been forced not to have normal interactions. They want to get back to their friends but forcing them to have repeated tests and wear masks is cruel and I fear some will go into despair and kill themselves.”

“Masks have no place in school and should not be imposed when we don’t know if the risks outweigh the benefits. Headteachers have a duty of care to protect their pupils.”

Dr Sunil Bhopal, honorary assistant professor of child health at the London School of Hygiene and Tropical Medicine said: “For children with speech, language and sensory issues there are serious questions to be raised.

“Many schoolchildren have been through a torrid time and it is not over yet. We have choices as a society about who we prioritise. This should be a time for children’s wellbeing – with a focus on mental and physical health, sport activities and play and then think about exams and education. They have been through trauma.”

Researchers at Witten/Herdecke University in Germany analysed the side-effects experienced by almost 25,000 children whose parents recorded their responses on an online register. Of the parents who completed the register, 68 percent said their children complained that they suffered negative effects from wearing a mask.

The most common complaint among children who wore a mask for an average of 270 minutes a day was irritability, reported by 60 percent. Fifty three percent complained of headaches, fifty percent had difficulty concentrating and 37 percent reported drowsiness and fatigue. The authors of the study, which is not yet peer reviewed, said a benefit risk analysis of the use of face masks by children is “urgently needed.”

Other studies have linked masks to the increased risk of lung infections, skin infections around the mouth and breathing difficulties.

(must keep mention) Liz Cole, co-founder of UsforThem the grassroots schools campaign backed by tens of thousands of parents and pupils said: “It is deeply concerning that with the introduction of face coverings in the classroom something the PM himself said was “nonsensical,” secondary schools are now returning to school under stricter restrictions tha last autumn despite the enormous progress made in protecting the most vulnerable through the vaccination programme…

The Government must stop sacrificing children’s futures and either immediately reverse this recommendation or publish new scientific evidence to show it is justified and has been thoroughly evaluated.”

Last week David Perks, principal at East London Science School, said he would refuse to enforce masks in lessons and he accused ministers of “pandering to the unions” by changing its guidance. 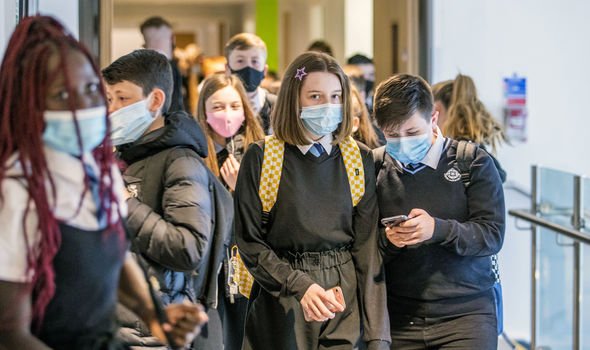 He told The Telegraph: “It is not very often you have to do something like that but this is important. If you slip on it now, you will never come back. It is a line in the sand.”

Mr Perks said he believed that the guidance had been changed on face masks in the classrooms because ministers “are pandering to unions who are very vocal against it”.

The UK’s largest teacher union, National Education Union (NEU), has called for face masks to be worn in secondary classrooms, but deny playing a role in the Government’s decision to amend their guidance.

Last month the NEU published their “education recovery plan” which said facemasks should be worn by secondary pupils in “in classrooms as well as all other areas of the school”.

A spokeswoman for Public Health England said the recommendation had been introduced: “As an additional precautionary measure, adults and students in secondary schools are asked to wear face coverings indoors, in classrooms and where social distancing is not possible.”

She added: “Students do not need to wear face covering when they are outdoors on the school grounds. Exemptions are in place for students unable to wear a face covering. This advice is in place whist community prevalence of the virus is still very high and school testing programmes are getting started. The advice will be reviewed at the end of this term.”