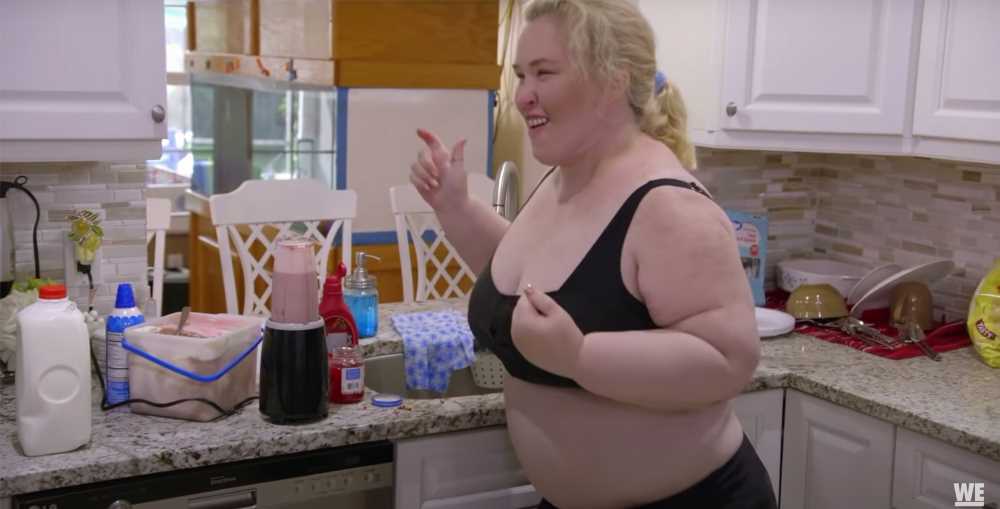 During Friday's premiere of Mama June: Road to Redemption, the 41-year-old reality star said that she and her boyfriend Eugene Edward "Geno" Doak — who were seven months sober at the time of the episode — both gained weight during their harrowing journey to sobriety.

"We have put on a couple of extra pounds," June said in an on-camera interview as she enjoyed several snacks in the kitchen, much to the chagrin of Geno.

"How much f—ing COVID did we eat?" Geno said to his girlfriend with a laugh. June, who went to rehab after her 2019 arrest on charges of possession of a controlled substance and drug paraphernalia, said in the episode that she and Geno's relationship has been stronger than ever since they've become sober. Mama June: Road to Redemption follows the TV star looking to repair her fractured relationships with her family in the aftermath of her March 2019 drug arrest.

At the time, June was arrested on charges of possession of a controlled substance and drug paraphernalia after she allegedly had crack cocaine and a crack pipe on her. Geno was also arrested, PEOPLE previously reported.

They both were hit with felony charges for drug possession in September 2019. The couple's attorney entered not guilty pleas on their behalf the following month, a rep for the Macon County District Attorney's Office confirmed to PEOPLE at the time.

In April 2020, The Blast reported that an Alabama judge had ordered June's criminal trial to be postponed due to the COVID-19 pandemic. At the time, all hearings were reportedly pushed to the fall. Last August, June announced that she and Geno had hit the six-month milestone in their sobriety journey.

"It's probably the most thing I'm proud of," she said in an Instagram video at the time as she showcased the sobriety coin. "Because now me and Geno are over six months clean."

And in January, June shared a lengthy message on Instagram in honor of being sober for one year.

Mama June: Road to Redemption airs Fridays at 9 p.m. ET on WE tv.