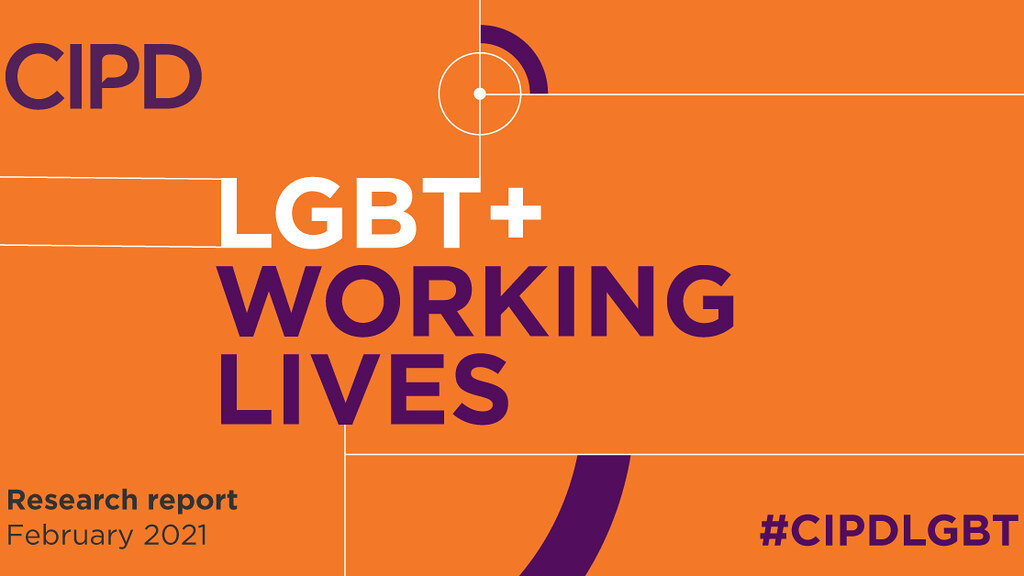 The CIPD is today launching a new research report, co-authored by the University of Bath’s Dr. Luke Fletcher, to highlight how LGBT+ workers tend to have a more negative experience of work.

‘Inclusion at work: Perspectives on LGBT+ working lives’ draws on data from the CIPD’s UK Working Lives Survey and a separate survey of trans workers to explore their perspectives on working life, hence the intentional use of LGB+ rather than LGBT, in the research findings:

Melanie Green, research adviser for the CIPD, said: “Our research suggests that many LGB+ and trans workers don’t feel safe to express themselves and be accepted at work. This can have a negative impact on their working relationships, wellbeing and overall job satisfaction.

“It’s particularly concerning to see how many LGBT+ workers have experienced conflict and that more often than not, these conflicts are not resolved. This must stop. Everyone has the right to feel safe, to be themselves and to flourish at work. Employers must do more to support these groups and create inclusive cultures that have zero tolerance of bullying and harassment of any kind.

“When creating inclusive practices employers must recognize the unique challenges faced by LGBT+ workers. For instance, recognizing that a lesbian will face very different challenges to a trans person at work. Employers must treat people as individuals rather than assuming that any general measures to address LGBT+ as a homogenous group will sufficiently meet a spectrum of diverse needs. If we are to truly celebrate and support individuality we must start with the individual.”

The CIPD’s report suggests that much more needs to be done at an organizational level to protect, support and include LGBT+ workers, and trans workers in particular. It recommends that employers:

Dr. Luke Fletcher, Associate Professor at the University of Bath’s School of Management, and co-author of the report said: “The report highlights the different challenges and needs that groups in the LGBT+ spectrum have. During the pandemic we’ve seen a lot of blanket changes come into place to protect employee wellbeing but businesses must also think about how best to adapt broader policies and practices to specific minority groups such as those within the LGBT+ spectrum.