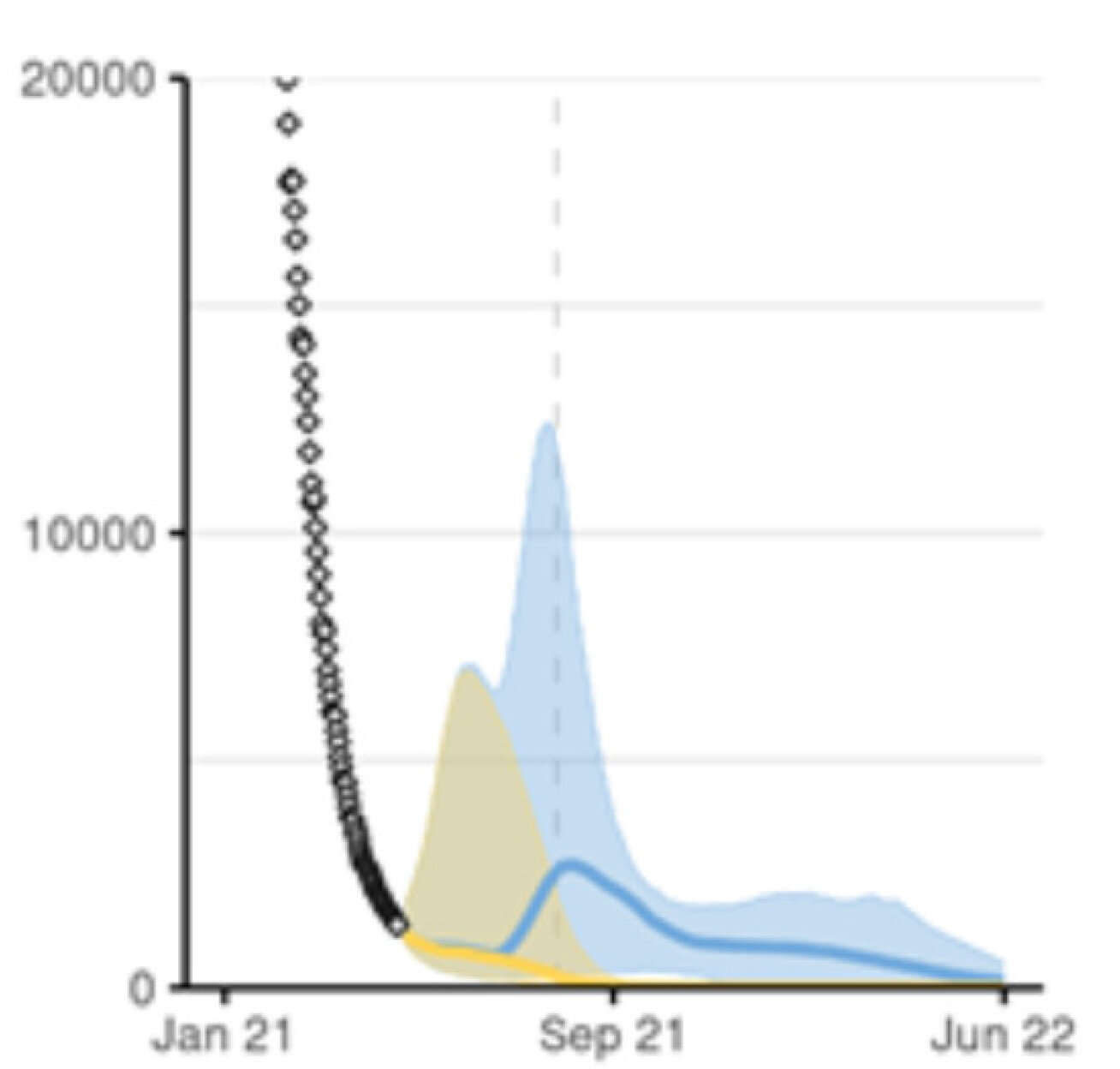 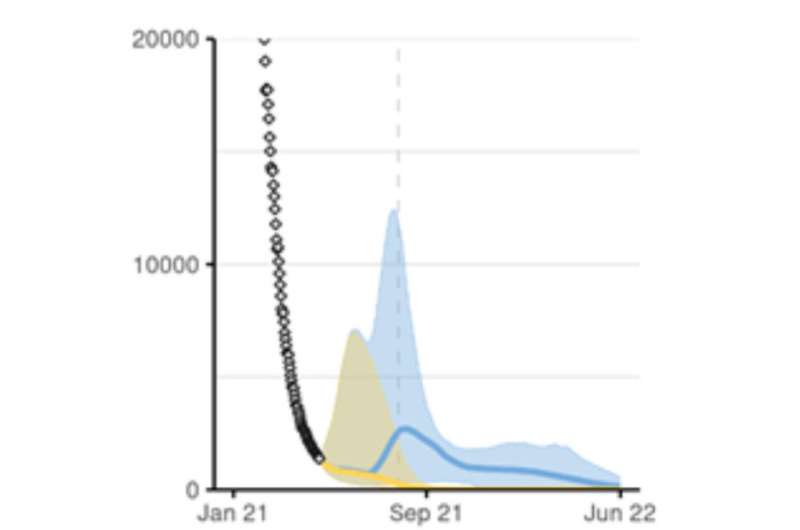 The roadmap out of lockdown for England could lead to a smaller third wave in late summer or autumn, but the risks of new variants of concern remain.

The team warns that new variants of concern still have the potential to cause a much larger third wave depending on how they spread and whether they can escape immunity.

The report, along with work from the University of Warwick and the London School of Hygiene & Tropical Medicine (LSHTM), is informing the UK government’s ‘roadmap’ out of lockdown for England.

Imperial’s researchers have revised their estimates for projected deaths from previous reports because of new data showing virus transmission from people who have been vaccinated but still get infected is nearly 50% lower than from unvaccinated cases.

The latest models suggest that 72% of the English population could be protected against severe disease through vaccination or recovery from previous infection by the end of August.

The researchers say that most deaths are likely to occur in people who have already been vaccinated, as while the vaccines are highly effective, none are 100% effective at preventing hospitalisations and deaths.

The team estimates that the current level of transmission in England is around 1, however, this estimate may not fully capture the impact of schools opening after Easter given the delay before changes in contact rates are reflected in surveillance data.

Based on PHE data available to 28 April 2021, 64% of the adult population in England have received at least one vaccine dose and 26% have received two doses.

Projections show that by 21 June 2021, 52% of the whole population will be protected against symptomatic disease and 60% against severe disease, due to either vaccination or recovery from infection, assuming a vaccine rollout rate of 2.7million doses per week.

This means that 72% of the English population could be protected against severe disease through vaccination or recovery from previous infection.

The remaining 28% of the population will be unprotected at this point because under 18-year-olds will not be vaccinated , and vaccines will not fully protect all people.

If a variant of concern emerges with similar transmissibility to B.1.1.7 and with a moderate ability to evade immunity from vaccines and prior infection, the researchers predict that a third wave substantially larger (both in hospitalization and deaths) than the winter of 2021 could occur.

The team say that remaining at step 3 beyond 17 May is projected to maintain the effective reproduction number around 1 and keep hospitalisations and deaths at very low levels. It would also dampen a third wave if a variant of concern did emerge that could partially evade vaccines and immunity from previous infection. Reinitiating restrictions similar to step 3 could be an option to counter the emergence of variants of concern, at least temporarily until booster vaccines are distributed.

Professor Neil Ferguson, from the School of Public Health, said: “Current trends in the UK are looking very positive, and support the decision to substantially relax restrictions. Vaccines have had a major impact in reducing hospitalisations and deaths, and crucially we know now that they are significantly reducing transmission as well. New variants of concern may pose a risk to reopening which is why a vaccine booster program in the autumn will be important to help suppress any future outbreaks and maintain population protection.”

Dr. Anne Cori, from the School of Public Health, said: “With revised higher vaccine efficacy assumptions in light of the latest scientific evidence, our model suggests that proceeding with the planned roadmap should lead to a small third wave. However this wave may be considerably larger if variants of concern are imported into the UK. Limiting such importations will be critical in the next few months.”